Dan Ilic’s podcast returned to headphones in 2018, after a four-year hiatus. The fortnightly comedy show has a simple premise; it ignores the irrational fears that tabloid journalism is obsessed with, instead focusing on imminent threats such as climate change, with a comedic bent.

The show is recorded in front of a live audience, featuring some of Australia’s best comedians, journalists and political animals. 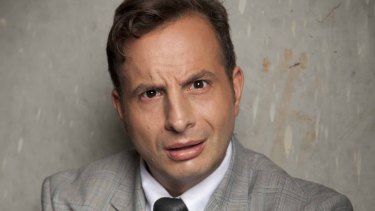 The most recent episode was recorded live at the opening night of Queensland Climate Week with Tom Ballard, Bridie Connell and Wyatt Nixon-Lloyd.

The episode bounces from the climate crisis to the recent federal election result, to the raids on ABC and News Corp journalists by the Australian Federal Police – all topics suited for some light hearted banter.

From the producers of Slow Burn, The Queen is a four-episode documentary on the archetypal “welfare cheat”, Linda Taylor. Taylor was a flamboyant media figure, or perhaps media creation, used by Ronald Reagan in his 1976 presidential campaign to represent all that was wrong in America. Taylor was paraded by the press as a welfare scammer who drove a Cadillac and wore luxury furs – the first in a long line of welfare cheating caricatures that have featured in politics ever since, and have become the fodder of evening current affairs programs. Two decades later, the dole-bludging Paxton family of A Current Affair had little in common with Taylor, but the demonising of both was nearly identical. And yet, the real story of Linda Taylor seems far more interesting than the two dimensional character the media presented.

Inside Star Wars tell the story of George Lucas’ struggle to build the original cinematic universe. Blockbuster tells the same story, but frames it as a buddy picture, with Lucas and Spielberg acting as friendly rivals while the latter fights with an unreliable, fake looking shark on the set of Jaws. 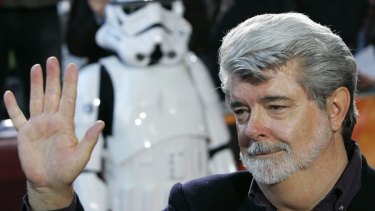 Blockbuster is the better of the two, as it explains the Star Wars story in the context of other seventies film brats — Coppola, De Palma, Scorsese — and the friendly rivalry they shared. As fascinating as the story is, listening to either podcast is a cringe worthy exercise, thanks to the badly voice-acted “re-enactments” that pepper each show, and the ponderous, slow pace of storytelling. For a in depth and fast paced telling of the movie brat era, try Peter Biskind’s Easy Riders, Raging Bulls – available as an audiobook.