David Walliams has admitted he has doubts over Britain’s Got talent returning in January amid the ongoing Covid-19 pandemic, emphasising that it’s ‘an unpredictable world’.

This year, the talent competition was cancelled as a result of the virus outbreak, with ITV bosses saying in a statement that their ‘absolute priority’ was ‘safeguarding the well-being and health of every person involved in the programme’.

While it is due to come back in 2022, with fans eager to watch the show after its hiatus, David has confessed there could still be some hurdles in the way.

On Tuesday’s edition of This Morning, the judge appeared in the studio to chat with presenters Vernon Kay and Rochelle Humes, when he was asked about the comeback season.

‘The plan is that we’re back in January, all of us, Simon Cowell, Alesha Dixon and the other one, Amanda Holden, and we’re back with Ant and Dec and we’re meant to be doing the show,’ he said.

‘But obviously it is an unpredictable world, so I wouldn’t bet my house on it, but hopefully.’ 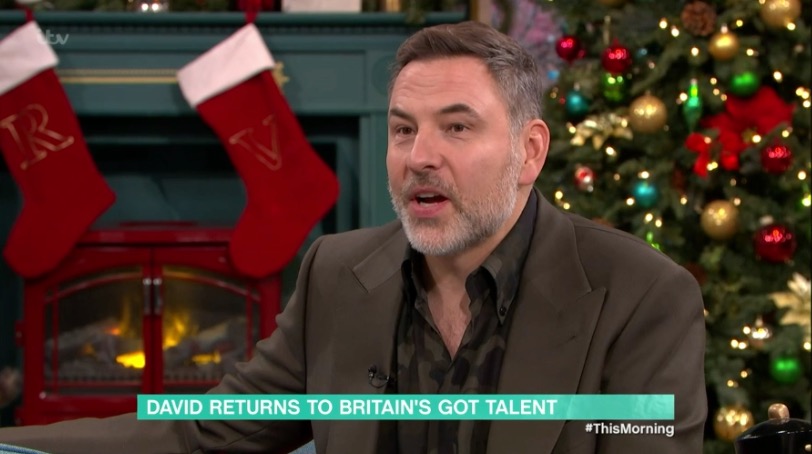 During the interview, David, 50, also paid tribute to a celebrated contestant on the show who died.

David J Watson, who was 62 years old, participated in the show 12 times over the years as an impersonator and magician, becoming known as a fan favourite among viewers.

Honouring the late performer, the The Boy in the Dress author said: ‘We actually lost, today we actually lost a guy called David, do you know about David J Watson? He was the man who, he was a contestant, he’d come back every year, year in year out, and he auditioned about 10 times, he was a wonderful character.

‘Unfortunately he passed away, but he was a wonderful eccentric. Characters like him are really, I think, the life blood of BGT, and I always want to champion the underdog.’