Deadwood the Movie HBO air date, cast, trailer, plot: When is the Deadwood movie on HBO?

Deadwood is back on HBO tonight (Friday, May 31) for Deadwood: The Movie and will air on Sky Atlantic tomorrow morning. Timothy Olyphant and Ian McShane are back to lead the cast of Deadwood: The Movie, which sees the residents of Deadwood reunite in 1889. HBO and Sky have released a trailer for the film that gives Deadwood fans a glimpse of the movie that brings the story of the series to an end.

When is the Deadwood movie out?

The HBO air date for Deadwood: The Movie is Friday, May 31 at 9pm EST.

In the UK, the film will be simulcast at 2am BST on Saturday, June 1 on Sky Atlantic.

Sky Atlantic will then repeat the Deadwood movie on Saturday at 9pm.

The runtime of Deadwood: The Movie is two hours and five minutes. 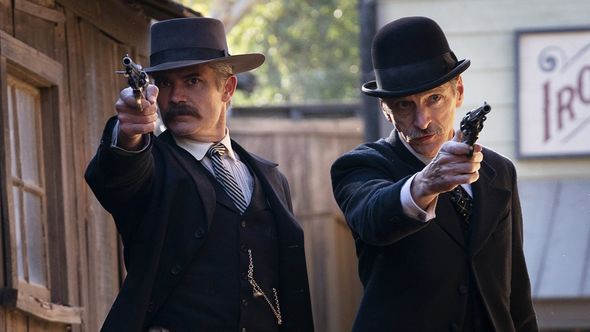 Who is in the cast of Deadwood The Movie?

Nearly all of the main Deadwood cast has returned for the feature film finale.

Leading the cast are Ian McShane as Al Swearengen and Timothy Olyphant as Seth Bullock.

One cast members who will not be returning, however, is Cy Tolliver actor Powers Boothe, who died in 2017.

New to the Deadwood cast for the movie is Jade Pettyjohn as Caroline Woolgarden. 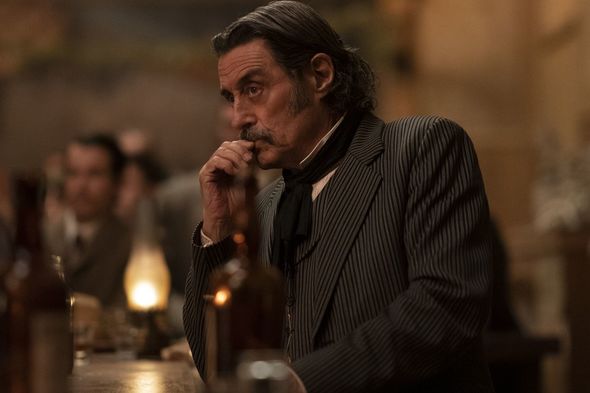 What will happen in Deadwood The Movie?

HBO added in a statement: “In the Deadwood film, the indelible characters of the series are reunited after ten years to celebrate South Dakota’s statehood.

“Former rivalries are reignited, alliances are tested and old wounds are reopened, as all are left to navigate the inevitable changes that modernity and time have wrought.”

Ian McShane told The Hollywood Reporter that this is the definite end of the show, saying: “This isn’t like an episode end. There’s no more after this, this is it.” 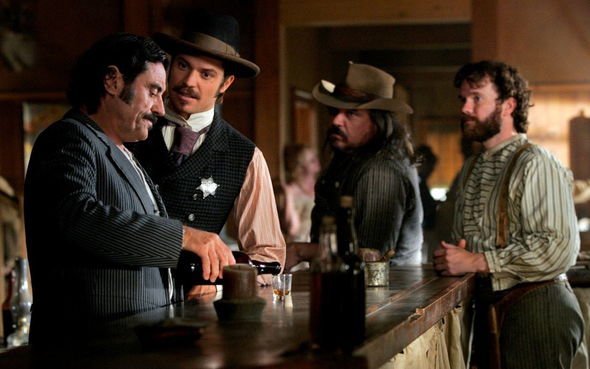 Is there a trailer for Deadwood: The Movie?

HBO released a promo for the Deadwood movie in April 2019.

The trailer sees the town of Deadwood heading into modern times, with telephone lines being installed.

Some things are the same as ever, however, such as the animosity between Al and Seth and the show’s signature foul-mouthed dialogue.

The Deadwood: The Movie trailer also reveals the residents of the town may have a new villain to contend with in the form of California senator George Hearst (played by Gerald McRaney).

Deadwood: The Movie airs on Sky Atlantic on Sunday, June 1 at 2am and 9pm.