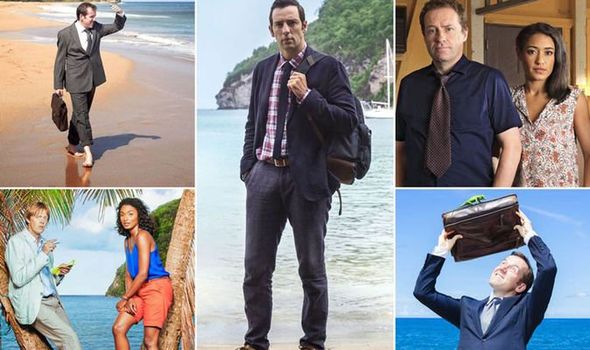 Even for the ever-popular crime genre, Death In Paradise has always been an enigma. An intriguing blend of murder and black humour, plonking pasty British detectives as the ultimate fish-out-of-water in a Caribbean paradise, it is like nothing else on television. Critics may sneer but the drama, now celebrating its tenth anniversary, is adored by audiences and has become one of the BBC’s biggest series, drawing more than eight million viewers a week.

Death In Paradise’s lead detective has changed four times in ten years, core cops come and go and every week brings in a new cast and a fresh murder mystery to be solved – but ratings have never dropped.

It is that rare drama which appeals to the entire family, drawn in by the beauty of the setting, the humour of the incongruous looking British detective and a fiendish puzzle only they can solve.

Ralf Little, who plays DI Neville Parker and took over the role of lead detective from Ardal O’Hanlon in the last series, says: “The show is a real escape for those January blues, even at the best of times.

“Trying to get this series out in time has been a Herculean task but we knew it was an important one for all the fans at home.” 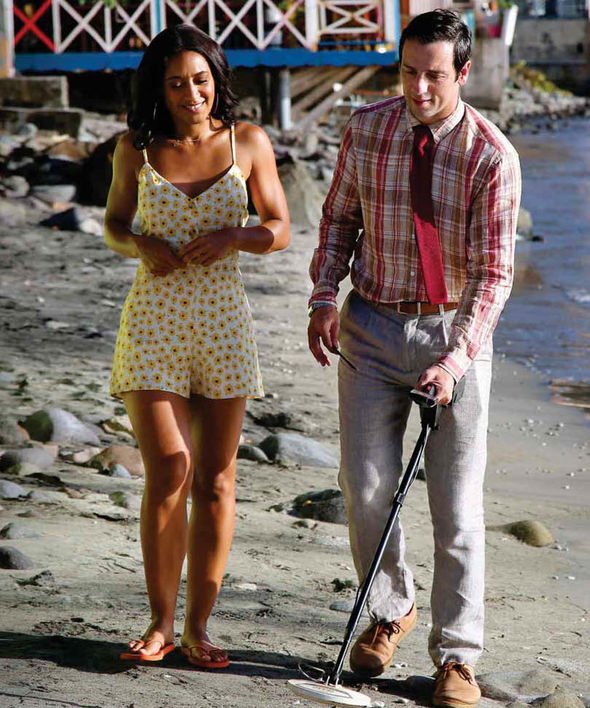 Filming was postponed last March and didn’t start until June, which meant making the show was a race against time to get it on air for January.

Ralf, 40, adds: “We were one of the first productions to start up again and everyone on this job realises how lucky they are.”

The BBC is so convinced of the enduring popularity of Death In Paradise it announced last night it had commissioned another two series – a commitment virtually unheard of in the cut-throat world of primetime television.

The show, which is set on the fictional island of Saint Marie and filmed on the French Caribbean island of Guadeloupe, was inspired by the suspicious death of cricket coach Bob Woolmer at the Cricket World Cup in Jamaica 2007, when local police brought in detectives from Scotland Yard to help the investigation. 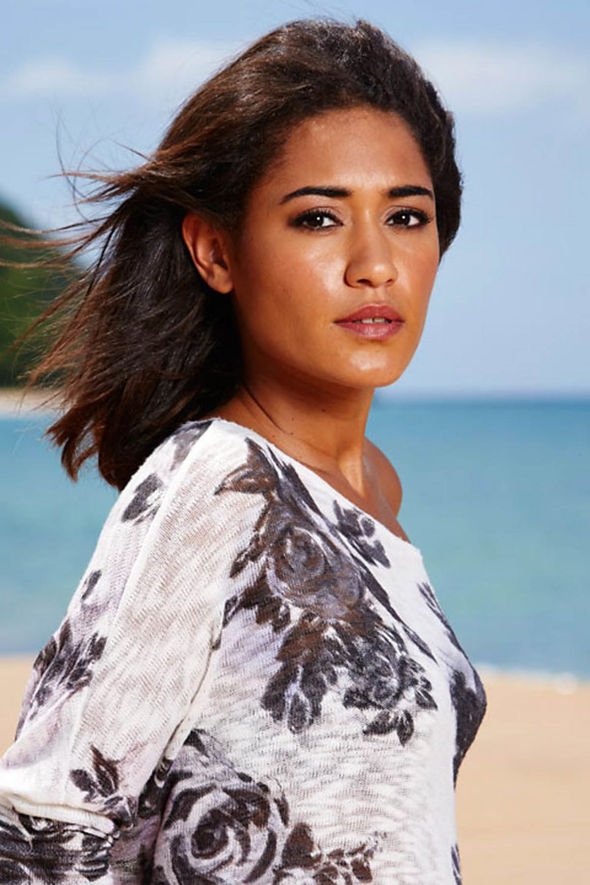 Fan favourite DS Florence Cassell, played by French actress Josephine Jobert, who left at the end of series eight when her character’s fiancée was murdered, returns for the tenth series.

Josephine, 35, who first appeared in the fourth series, says: “I’d been working on the show for five years and felt like I’d done everything I could with my character but I did really miss her. I was still surprised to get a call from the producer asking me if I’d like to come back. It didn’t take me long to say yes because I missed the show, I missed Guadeloupe.

“I can’t wait for everyone to see the new shows because it’s our best series yet.”

She adds: “Florence forms quite a special bond with Neville. She can see he is someone that needs help – he is afraid of everything and is not confident at all. She sees the potential in him because he’s a good guy, so helping him helps her.” 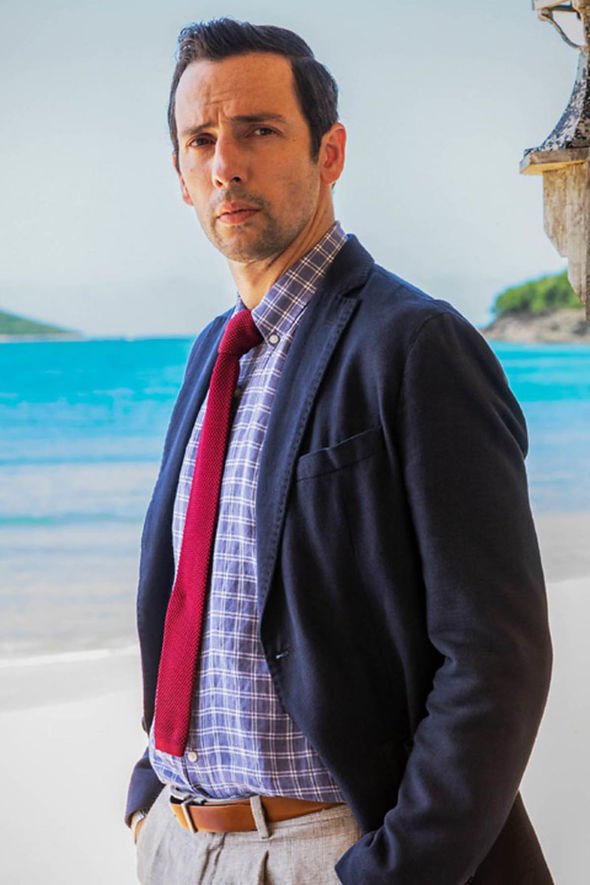 As to whether they become more than good friends, she giggles: “You will have to wait and see.”

She knew Guadeloupe well before she started work on the show.

Not only had she filmed there before, but she had holidayed there as a child.

“It is like a second home but I have seen some changes,” she says.

“It is crazy that people now go there from around the world – from Germany to Australia, Spain and Italy – big boats of tourists and all because they’ve seen it on Death In Paradise.

Catherine’s Bar is a real bar and they get to see that and usually they stop and watch us filming, although this year, because of Covid, we couldn’t stop and talk to them.

“But I don’t think they could ever be disappointed by the island – it is simply beautiful.”

Josephine also made the most of this paradise in between filming the latest series.

She says: “There is so much to do, and this year – maybe because of what we’ve all been through – I’ve done more sight-seeing than I’ve ever done before.

“With Ralf and the team we’ve been to waterfalls, we’ve gone hiking, we’ve seen dolphins and whales and just enjoyed walking on the beach and having lunches with the team. The colours, the people – everything is wonderful on the island.”

She has now worked with all of the inspectors, having finally met Ben Miller, who was killed off in the third series but has a cameo in the new season. 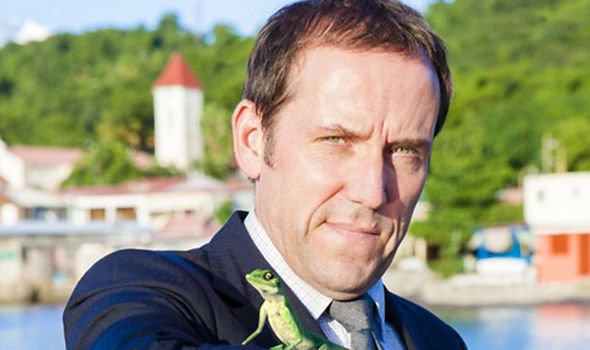 Josephine says: “He’s a legend in that world – genuinely – and he is so charismatic.”

Former lead actor Kris Marshall has a “special place” in her heart because she started the job with him, while Ardal was a kindly father figure because he was, “so quiet, so gentle, so calm”.

Her on-screen friendship with Ralf’s character spilled out into real life as she gave him French lessons in between scenes.

She says: “He decided to learn French during lockdown and he was brilliant by the time we started working together. We would speak French together and I would correct him when he said something wrong. It is great that he was learning a new language and it was great to help him.

This time, although the pandemic is raging across the planet, there isn’t a sign of it in the new series.

All the actors were regularly tested for coronavirus and the crew wore masks at all times.

The success of the show was far from guaranteed.

The first actor to star as the lead detective, Ben Miller, who played the perennially hot and grumpy Richard Poole, had a tidal wave of bad reviews – followed by ever-growing audiences.

Although he was working in a seemingly idyllic setting, Ben left during the third series because he was missing his family.

The job requires five months of intense filming in the searing heat with just one week off. 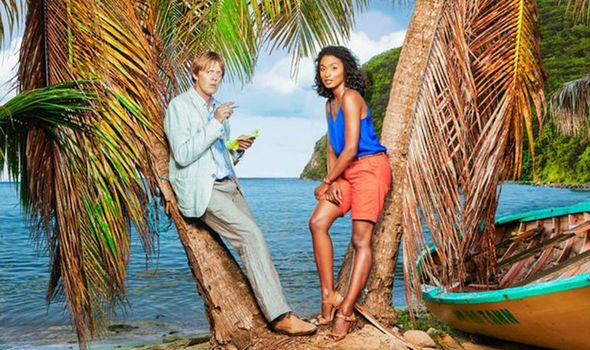 He was replaced by Kris Marshall, who played the staggeringly clumsy Humphrey Goodman.

His character Neville is a walking fact and allergy machine.

Ralf says: “I do have some sympathy with Neville as there is something on the island that I’m allergic to – I’m not sure what.

“And dogs are one of my issues but there are lots of stray dogs on the island and I can’t help but stroke them.” 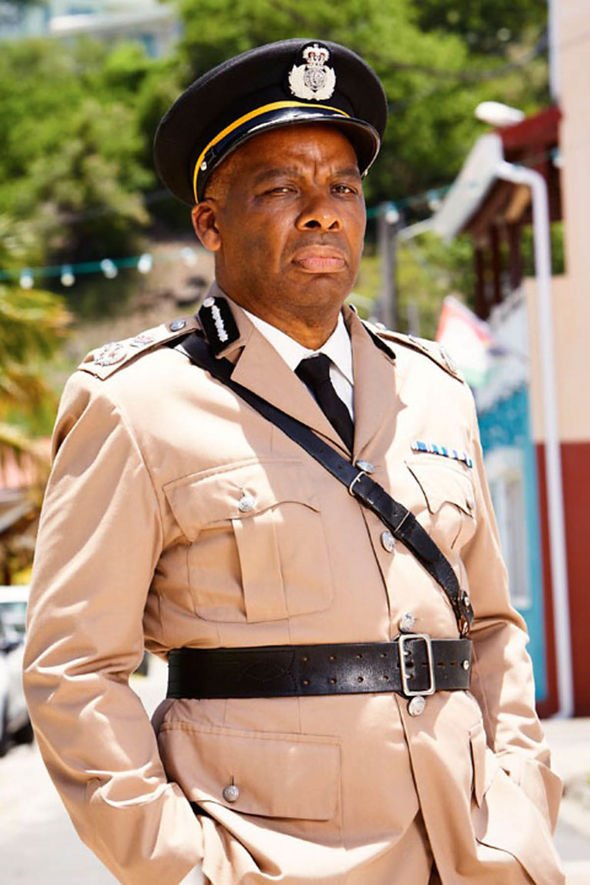 For this special anniversary year, there are a host of old faces too.

Richard Poole, who was killed with an ice pick several years ago, is back.

Exactly how the producers bring him back from the dead could be one of the show’s biggest challenges.

For Ralf and Ben, it was something of a topsy-turvy reunion as Ralf had a guest role as a murder suspect in the second series.

The drama has, over the years, featured many of the brightest stars of acting including Samantha Bond, Martin Compston, Simon Callow, Peter Davison, and Gemma Chan.

Josephine admits that while she has loved meeting the cream of British acting she never has any idea who they are.

“But in some ways, it’s good I am not impressed by their fame – they are there to do a job. It is great when a new bunch of people arrive as they are excited as children at Christmas. They always have a lot of questions. We get to show them around and take them to our favourite restaurants. 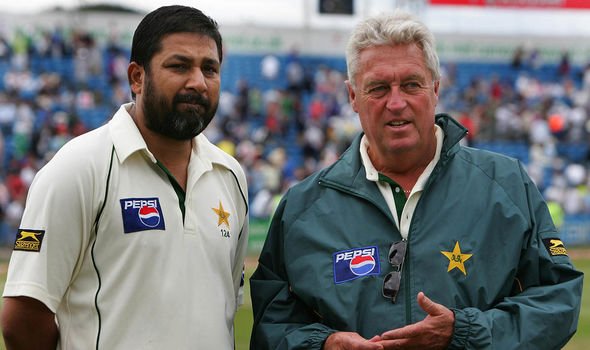 “This series I got on really well with Faye McKeever, who is hilarious – we are still in contact. She taught me lots of English words that I can’t repeat. Jason Manford was adorable and Luke Pasqualino is – yes – handsome but also a great guy, very humble.”

Her greatest respect goes to her regular co-stars – because of the heavy clothes they are forced into.

Josephine says: “I feel so sorry for them because even though I am wearing shorts and T-shirts I am boiling hot and they are in suits with ties.

“The most stoic is Don Warrington who plays Commissioner Selwyn Patterson. I can see how hot he is but he is so calm, he never says a word.”

Josephine loves to watch Twitter light up when the show is on as people send her pictures of themselves enjoying it and dancing along to the theme tune.

“I think it will be especially exciting to see it this year,” she says, “it’s been so stressful, people haven’t really travelled and they can just escape and dream and laugh for an hour.

“I love that kids and grandparents watch it. It is not violent even though someone dies in every episode – you never see blood. There are no sexy scenes.

“And the puzzles are always so hard that I’ve never managed to get one of them right. It is just a show that people love and, even though the people change on it, it doesn’t matter because the show is the star. I wouldn’t be surprised if it’s still going in another 10 years. Why not?”

• Death In Paradise, BBC One tonight at 9pm