Home » TV » Death in Paradise: What happened between Humphrey and Camille?

Death in Paradise: What happened between Humphrey and Camille?

Camille Bordey (played by Sara Martins) and DI Humphrey Goodman (Kris Marshall) were a beloved duo on BBC’s Death in Paradise in its earlier seasons. Over the course of the show, the pair developed a close friendship with one side harbouring more romantic feelings. Here’s what star Kris Marshall revealed about what actually happened between the pair.

What happened between Humphrey and Camille in Death in Paradise?

Death in Paradise has been running on the BBC for eight seasons so far as a team of detectives investigate the bizarre murders that happen on the island of Saint Marie.

The show features a rotating cast of characters who work with the local police force to solve crimes.

One of the most popular dynamics in the series history was that between Humphrey and Camille in seasons three and four.

Fans will remember that Camille had appeared in the show since the first episode but developed a close friendship with Humphrey when he joined in season three. 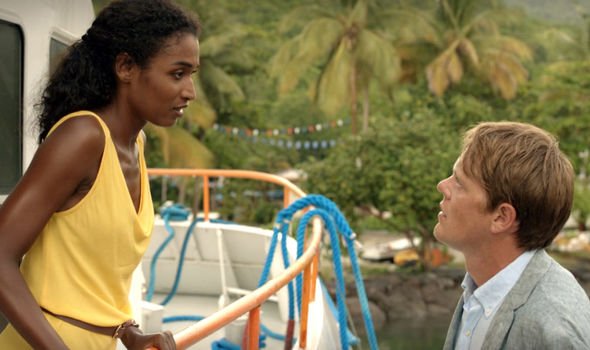 But while Camille remained mostly oblivious, it became increasingly clear that the detective was besotted with her.

In a blog post for the BBC back in 2015, Marshall revealed a bit more about the characters interaction in the show.

He explained: “Humphrey likes that Camille is a very opinionated, strong-willed character – but also, look at her!

“He and Camille have a close friendship based on mutual respect and fun, but Humphrey’s holding a secret.

“He desperately doesn’t want to erode or destroy that friendship, but he’s like a pressure cooker ready to burst! So it evolves…” 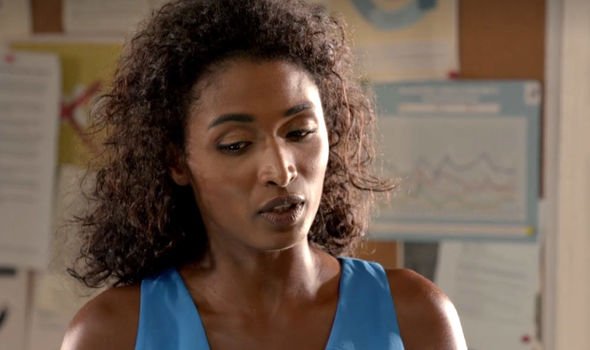 The actor implied that Humphrey’s feelings for Camille were a little stronger than friendship, which many viewers will remember from the series.

However, throughout their time on the show, the pair never pursued a romantic relationship.

This being said, they did share a kiss when Camille left the island of Saint Marie back in season four.

Viewers will remember that she headed to Paris when she was given the opportunity to go and work undercover. 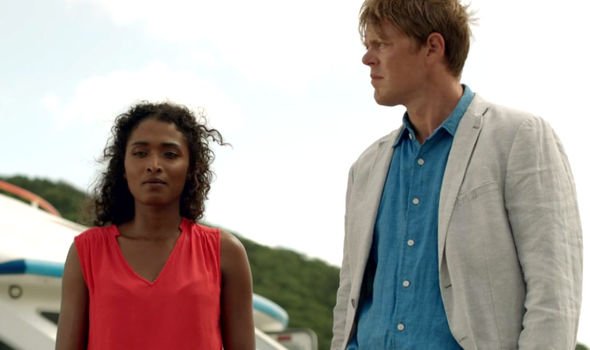 In the final scene between the pair in season four, episode four, the pair shared a final kiss as they said goodbye.

And in typical Death in Paradise fashion, the moment also has a humorous edge as Humphrey almost fell into the sea.

While the goodbye was ultimately a sad one, Humphrey did manage to find love again on the show with Martha Lloyd (Sally Bretton).

The pair developed a holiday romance in season five when she arrived on the island.

He also ultimately pursued her back to London to not risk losing her again and left the show. 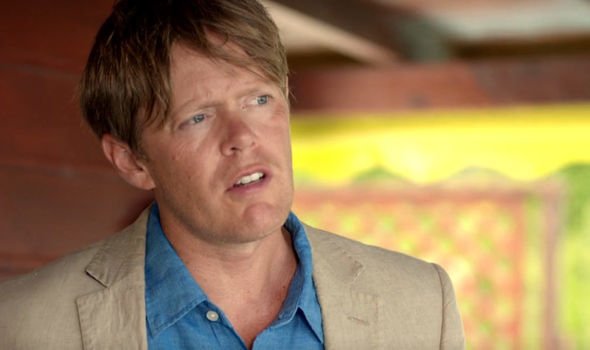 Not much has been revealed about the upcoming season so far apart from a brief synopsis.

The BBC wrote: “Series nine will see the Honoré Police team get to know their new DS, Madeleine, while a surprise kiss catches Jack off guard…”

Just what this means will be revealed when the series returns next year.