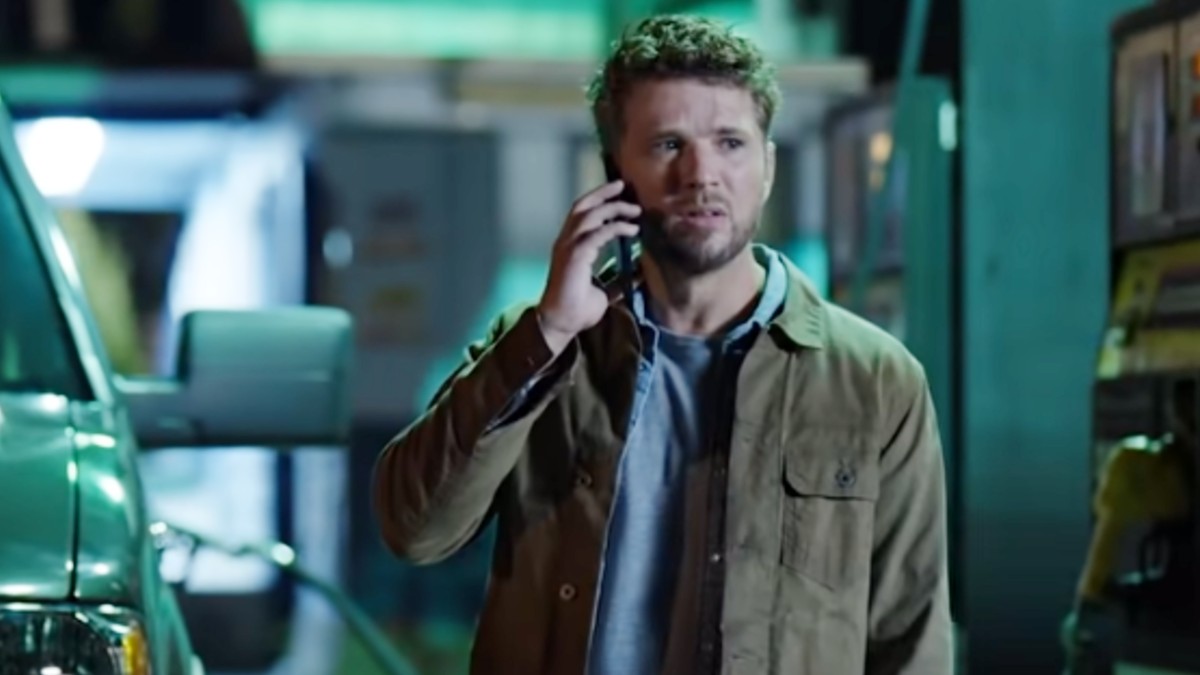 [Warning: There’s a ton of spoilers coming your way]

ABC’s premiere of police procedural drama Big Sky hit our screens last night and stunned everyone with a shocking twist at the end when Ryan Phillippe’s character was killed off.

At the start, it seemed like a fairly straightforward tale of two private detectives on the search for a psychotic truck driver who’s kidnapping women and girls in rural Montana.

However, at the end of the episode, just as the troubled ex-cop Hoyt appears to be getting to the bottom of the case, viewers were stunned when he was suddenly shot dead — and by the seemingly unassuming and innocuous local state trooper Rick Legarski (played by John Carroll Lynch) too.

It turns out the state trooper was working with the kidnapping truck driver, Ronald Pergman, as played by Brian Geraghty.

This presumably leaves the other main characters, Cassie Dewell and Hoyt’s ex-partner Jenny Hoyt (Katheryn Winnick), to pick up the pieces and find out what happened to Cody, track down Pergman, and bring Trooper Legarski to justice.

Some fans were predictably distraught at this turn of events, and many took to Twitter to vent their anger and disbelief. One fan shouted in all-caps: “WHY DID THEY KILL OFF RYAN PHILLIPPE???!!! ITS THE FIRST EPISODE.” 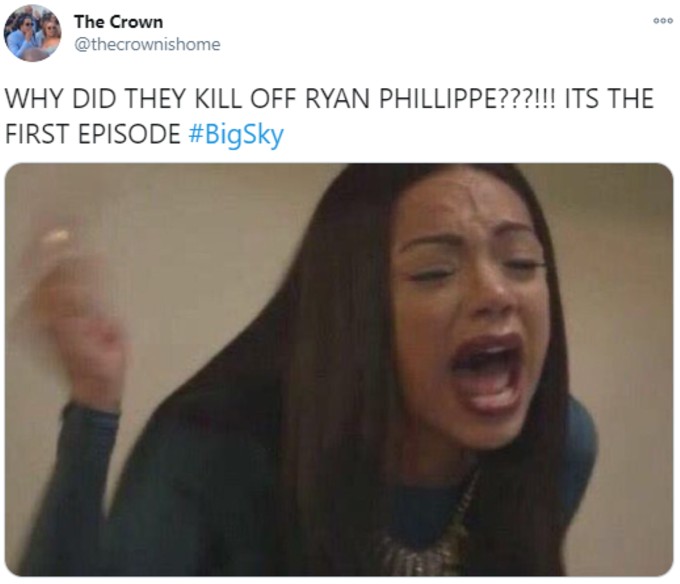 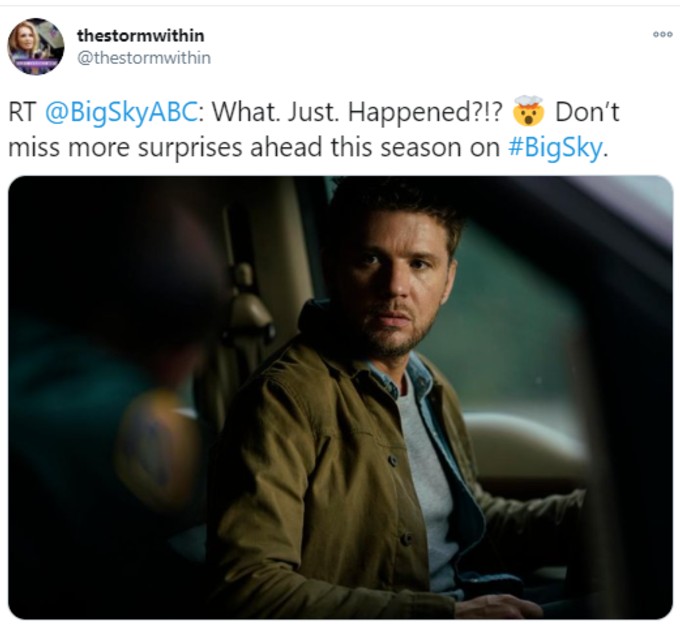 But fans also registered their delight at such a bold plot twist. One fan wrote on Twitter, “I am shook,” before adding, “Big Sky Debut was fantastic.”

“This is going to be a good show,” said another fan.

So what did Ryan Phillippe think of this surprise ending? Well, he absolutely loved the idea — and also confirmed that his character was, indeed, dead.

In a recent interview with ET, the 46-year-old actor said, “I love the fact that with this shocking ending… it sets the bar in regards to the danger that lurks within the show, in that anybody could be hurt at any time.” Before adding, “How often are you really that shocked by what you watch?”

Phillippe said that on reading the script, he realized it would be a short-term commitment, but he just loved the story. He said: “I think it’s interesting. Today, entertainment has become so predictable, and a lot of times, network TV even more so where you see the twist coming a mile away, you feel like you know exactly what kind of show you’re getting into.”

He added, “I love the fact that with this shocking ending, first of all, it sets the bar in regards to the danger that lurks within the show, in that anybody could be hurt at any time.”

It certainly sets the bar for the rest of the season. It seems no one is safe.

So to answer the question about whether he is really dead? It certainly seems so.

In other Ryan Phillippe related news, the actor hit the headlines recently when he dared to throw some shade at Ellen Degeneres. While out running, he paused at a poster of Ellen to mock her on Instagram about the recent ‘toxic environment’ allegations.