Homes Under the Hammer presenter Dion Dublin discovered the “biggest ever” galley kitchen when he visited a two-bedroom terraced house in Walton, Liverpool. The BBC presenter was stunned by the impressive feature after taking a look around the property which subsequently sold for £40,000.

Dion began: “Liverpool and the suburb of Walton this is largely a residential area but was once home to a zoological park and garden.

“In 1886 however it went into liquidation and two leopards were sold for £62. Now the only remaining part is the old ticket booth which is now a pizza shop, I wonder if it does a roaring trade.”

“The property I’m here to see is a short commute from the city centre. There are two train stations nearby and all the amenities you could want are a short walk in that direction. 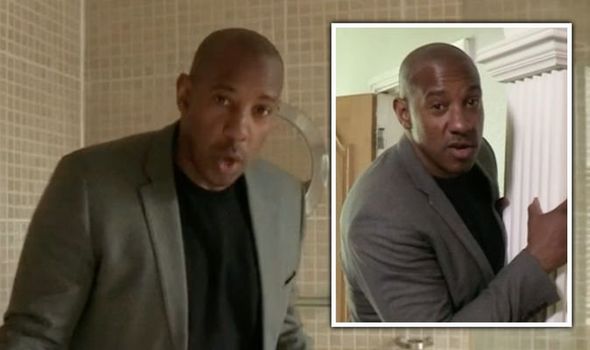 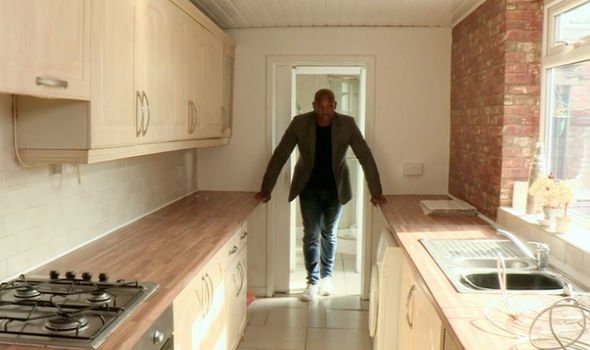 “As soon as you come in you’ve got a little step into another porchway and a small area with two false walls,” he continued.

“You’ve got two gas fires, you don’t need two even though it is a big room. 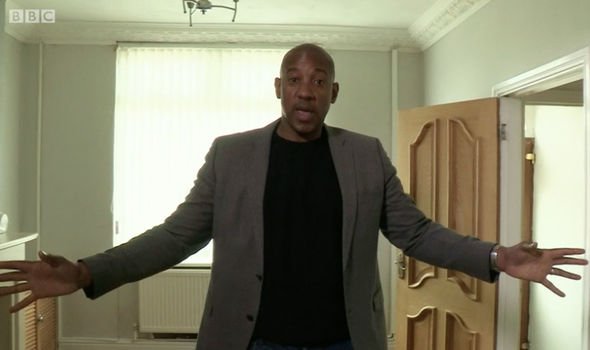 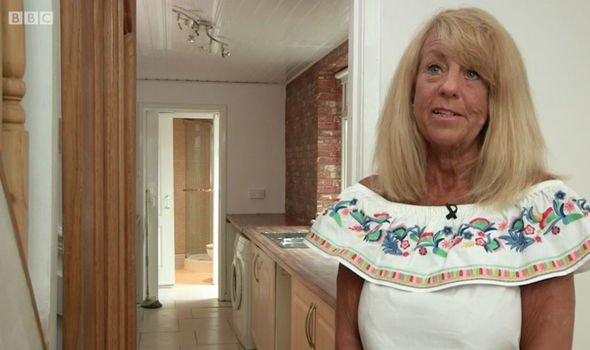 “This staircase doesn’t look safe to me, it wouldn’t pass building regulations I think,” the presenter explained.

“You need to get a bannister on their ASAP, any kids running up and down there could easily hurt themselves and we don’t want that.

“Follow me into this kitchen and look at the size of it, this is one of the biggest gally kitchens I’ve ever seen on Homes Under the Hammer.

“It’s in good condition as well, you might get away with keeping this as it is.”

“This part of the house is definitely an extension from what the old house used to be,” Dion added.

The presenter pointed out the house had a downstairs shower room and two bedrooms upstairs.

At the auction, Shirley and her daughter Yas purchased the property for £40,000 after the guide price had been lowered to the same amount.

Discussing the reason for the purchase, Shirley explained: “I’d been thinking about it for a while.”

“It was my late husband’s idea but I’m carrying on his legacy really,” she added.

“I walked in it and it felt a little bit like home, the front door is the same as my front door, the colour scheme good didn’t need too much work. There are a few snags I’ve seen found out – holes in the wall, bits of wood missing.

“But perhaps the biggest thing, I have had a survey done for damp and it has got a slight amount of damp on the outer walls. I’m renting it out so I’ve decided to have it [sorted] which means a complete redecoration of downstairs.”

Once the renovations were complete, Shirley revealed she had spent £2853 on the project and was informed by the Homes Under the Hammer agent of its rental value of £450 per calendar month.

If she decided to sell the property itself, the agent revealed she could expect to sell it for £58,000 and make a pre-tax profit of £15,000.

Homes Under the Hammer airs on BBC One on weekdays at 10am.