“Divorce” isn’t going anywhere. With a new showrunner, six more episodes, and a fresh trailer (see below), the HBO comedy starring and executive produced by Sarah Jessica Parker continues to examine what happens to a family when the parents split. After all, divorce is not the end — it’s just another new beginning.

Season 3 sees Robert (Thomas Haden Church) and Jackie (Becki Newton) prepping to get married, living together in apparent harmony as Frances (Parker) faces problems on her end. Her new boyfriend Henry (James Lesure) isn’t exactly gelling with her ex, while her best friend Diane (Molly Shannon) needs to stay with her while her husband, Nick (Tracy Letts), loses their savings while sitting in jail.

How the former partners can come together for the benefit of their children — and the love left between them — remains the central question of this nuanced relationship story.

Taking over the reins this season is Liz Tuccillo, the third showrunner in as many seasons. She follows in the footsteps of Paul Simms (Season 1) and Jenny Bicks (Season 2), but Tuccillo is quite familiar with the series, having served as a writer and co-executive producer last season. That being said, each season has snagged a shorter episode order than the one prior: Season 3’s six episodes are down from the eight in Season 2 and the 10 in Season 1.

Season 2 is brighter and more accessible than the dark entry point of the initial outing. As Frances and Robert move further from their painful breaking point, the series has found more and more ways to incorporate lighter touches — including a wild finale that saw the surprising twist that sent Letts’ character away in handcuffs.

Get a look at what’s in store when “Divorce” returns for Season 3 Monday, July 1. Watch the trailer below:

And here’s the poster for Season 3, with Sarah Jessica Parker and Thomas Haden Church. 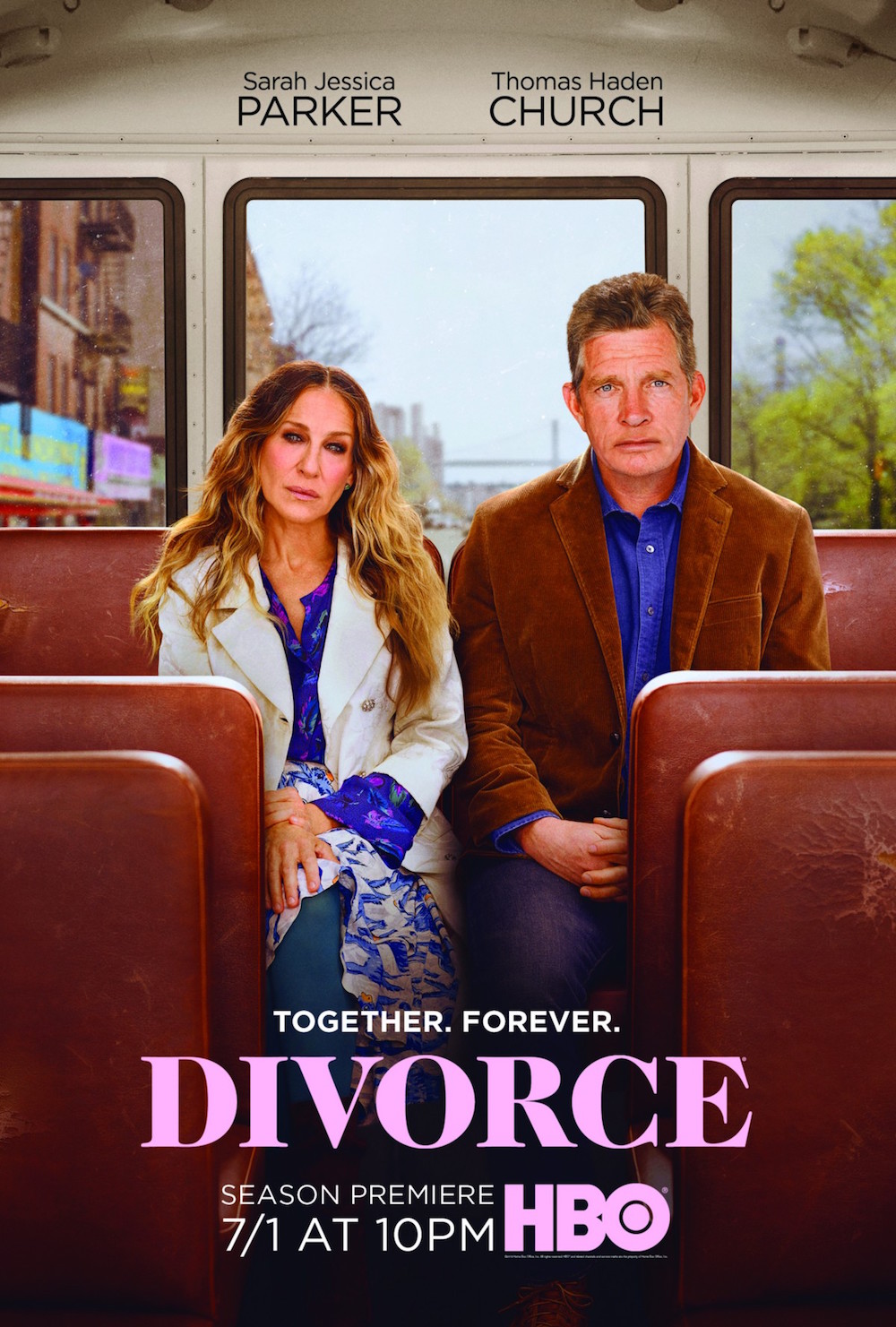