Doctor Who will be back with a bang on New Year’s Day as The Doctor’s (played by Jodie Whittaker) companions Yaz (Mandip Gill), Ryan (Tosin Cole) and Graham (Bradley Walsh) are left frustrated in the absence of the Time Lord. With the trio as yet unaware of just what a predicament she is in, it’s not until Captain Jack (John Barrowman) comes back that a plan truly sets into motion. But it seems helping out isn’t his only intention as John Barrowman has teased “sparks” will fly with his alter-ego and another TARDIS dweller.

Captain Jack’s return was confirmed last month, much to the delight of long-term viewers.

It came after the time-traveller made a cameo appearance earlier this year to deliver news to The Doctor’s companions.

He warned them she was in danger and made sure to pass on the message.

And sure enough, The Doctor has found herself in grave danger as there seems no way out. 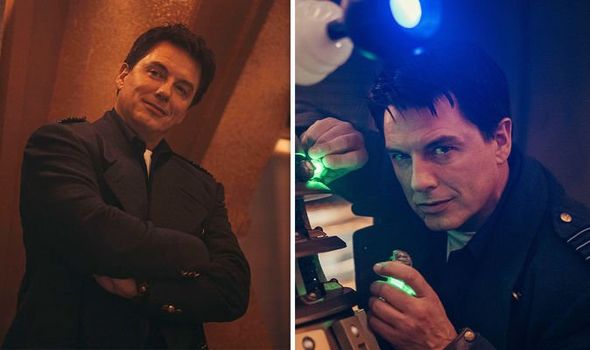 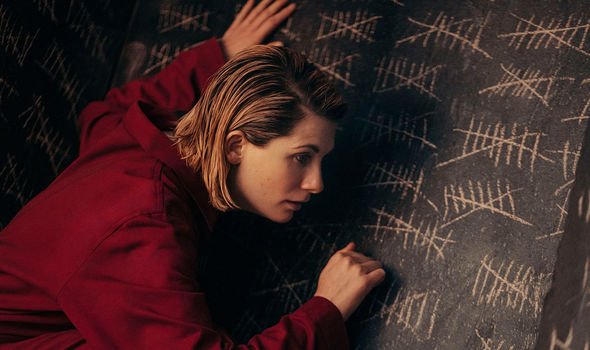 When fans meet back up with the Time Lord, she will remain trapped in the outer-space prison.

With her companions desperate to find out where she’s got to, it’s Captain Jack whose help will prove vital.

He makes his defiant return in the New Year’s Day special and it seems there will be much to catch-up on.

Actor John Barrowman has teased his alter-ego will find “a spark” with someone in the TARDIS team. 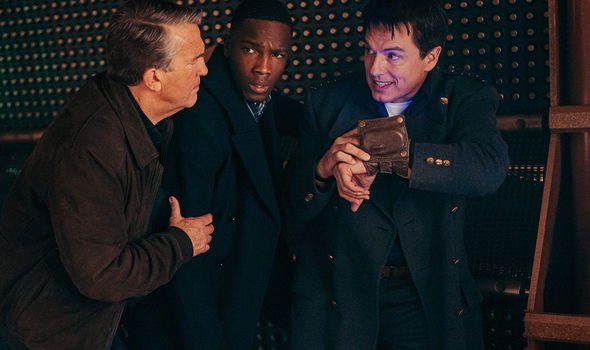 “He still very much has a joie de vivre, a lust for life and a passion for saving people and humanity, as does the Doctor.”

He went on to speak about what viewers could expect from the much-loved character this time around.

DON’T MISS…
Doctor Who: Captain Jack Harkness to return in Revolution of the Dalek [EXPLAINER]
Doctor Who: Jodie Whittaker returns to filming but will be 3 eps short [LATEST]
Doctor Who: Jo Martin’s Fugitive Doctor to return after star’s clue? [INTERVIEW]

Of the relationship, he said: “He plays along to wind that person up.

“Jack always seems to find somebody who has a heart and Jack then has a lovely chat with… I’ll just say someone he finds in team TARDIS who has a very big and open heart.”

Could this mean romance is on the cards for Captain Jack and one of The Doctor’s loyal companions?

Or, this could be the confirmation there is, in fact, a newcomer set to join the fold as Graham and Ryan prepare to leave their travelling days behind.

It was announced Graham and Ryan would both be leaving in the upcoming special episode after two series’ with The Doctor.

And co-star Jodie Whittaker has already admitted how upset she was over the pair’s final scenes.

She said of Tosin and Bradley: “Both of them had to carry me to my trailer, I’ve not cried like that for such a long time!

Doctor Who: Revolution of the Daleks airs New Year’s Day on BBC One.