Home » TV » Does Charity die in Emmerdale and is Emma Atkins leaving?

Does Charity die in Emmerdale and is Emma Atkins leaving? 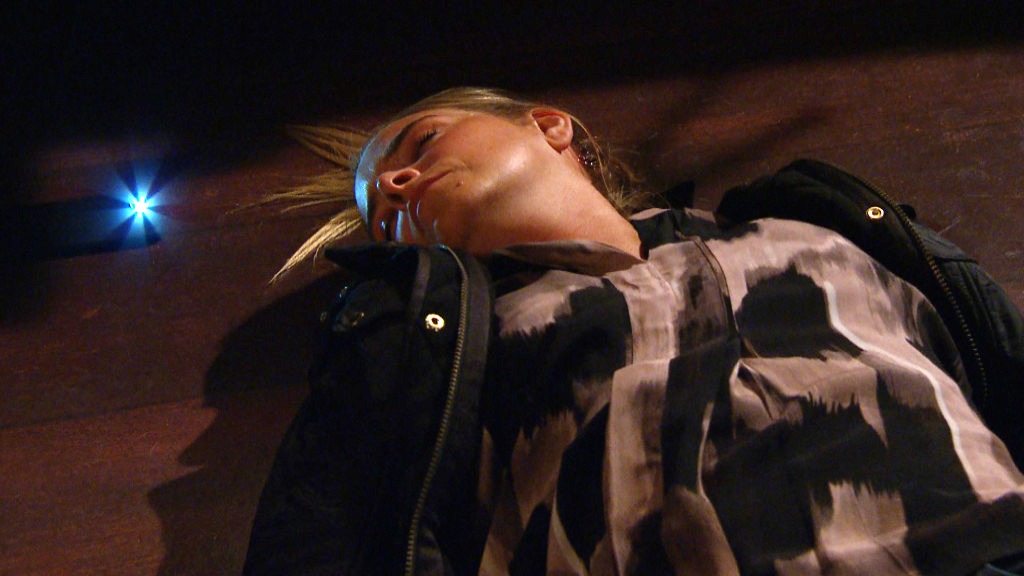 Charity Dingle (Emma Atkins) will face a terrifying ordeal in Emmerdale tonight when someone breaks into the pub, attacks her and leaves her for dead.

The Woolpack finances have been a constant problem for Marlon (Mark Charnock) and Chas (Lucy Pargeter) as of late, and the break-in only makes things even worse.

Coming up, Chas is left unimpressed when the Woolpack electrics cut out, unaware someone has deliberately severed the external mains cable.

Chas and Marlon are annoyed when they have no choice but to close for the day.

Later on, a hooded figure breaks into the pub, crowbars open the till and pockets the money.

When Charity enters the pub, she spots the intruder.

As she goes to catch the mystery person, she fails and is knocked over and left unconscious in a pool of blood.

We of course, can’t reveal the outcome of the storyline – but we can confirm that Charity will be rushed to hospital with a bleed on the brain, but whether she makes it out of hospital alive remains top secret.

Now, as we can’t reveal what happens to Charity, we can’t really say much on whether Emma Atkins is departing the show.

There isn’t any official confirmation that Emma Atkins is leaving…could this be because Charity survives?

Or is there a classic Emmerdale plot twist on the way?