Donald Faison's 'Star Wars' Character Was Created Just For Him

Donald Faison is a versatile actor who has received acclaim for his work in both television and film. The talented star is also a father of six and has recently started to branch out, experimenting with roles that are family-friendly, so that his kids can enjoy his projects.

Recently, Faison landed a voice acting role in the popular animated series Star Wars Resistance, a prequel to the latest Star Wars trilogy. For Faison, a lifelong fan of the sci-fi world, the role was a dream come true in more ways than one.

Keep reading to learn how Donald Faison got started in acting, his most popular roles, and how his part in Star Wars Resistance was tailor-made just for him.

How did Donald Faison get started in acting? 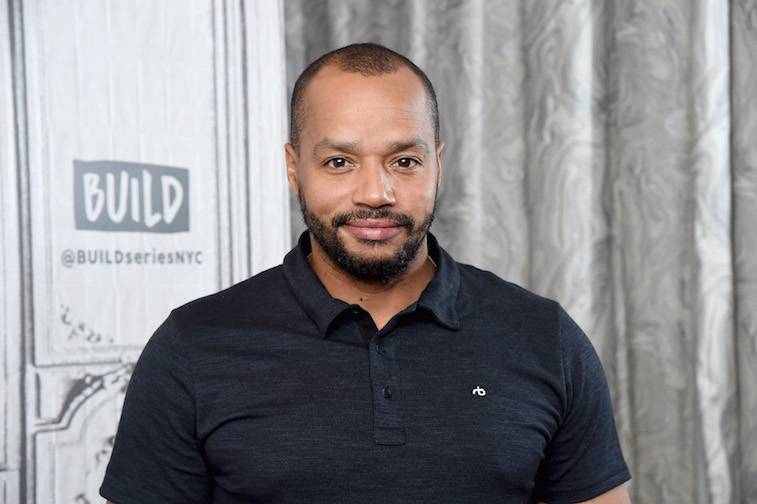 Donald Faison was born in New York City in 1974. He was surrounded by family members who were involved in the entertainment business, including a mother who worked as a talent agent. Faison knew as a young child that he wanted to get into acting and attended the Professional Children’s School in Manhattan in order to help him perfect his craft.

When he was a teenager, Faison’s career really took off, and he began appearing in television commercials. Following a somewhat slow introduction into television, Faison landed his first big role in the 1995 film Clueless. A few of his other early films include New Jersey Drive, Waiting to Exhale, Sugar Hill, The Quest, and Can’t Hardly Wait.

Faison also managed to get a strong foothold in television, with roles in Sabrina, the Teenage Witch, the Clueless TV series, Felicity, Clone High, and Supreme Sanction. Then, in the early 2000s, Faison landed the role that would earn him legions of fans and seal his place in television history.

It’s not everyday you’re on the Jumbotron!!! Thank you @njdevils for making us feel special!

In 2001, Donald Faison began appearing in the TV show Scrubs. The medical comedy featured Faison and Zach Braff working as residents in a hospital, juggling both work and personal commitments. Scrubs ultimately became a cult-classic series and would go on to run until 2010.

Faison received recognition for his work in the show from both critics and fans, and to this day, the part of Christopher Turk is one of the most popular of his career.

Following his run on Scrubs, Faison went on to land one of the featured roles in the television series The Exes. He has also been a regular featured player in the popular comedy series Drunk History. Donald Faison has occupied a unique place in pop culture for over twenty years now and is still a fan favorite.

How did Donald Faison get to be in ‘Star Wars Resistance’?

Donald Faison is not afraid to show his allegiance to things that he loves and is known to be a huge Star Wars fan. Therefore, when the series Star Wars Resistance was first conceived, Faison’s name was always in the running.

In fact, producers of the show named his character Hype Fazon specifically for the actor, both as a tribute and as a way to point out that he was always the “only choice” for the role.

There’s no doubt that Faison’s six kids absolutely love his involvement in the Star Wars universe and the cool way that the series branded him as one of the regulars before he even began voicing his character. For his fans, who love enjoying his talent in any incarnation, this latest project is a way of showcasing both his versatility and his undeniable talent.