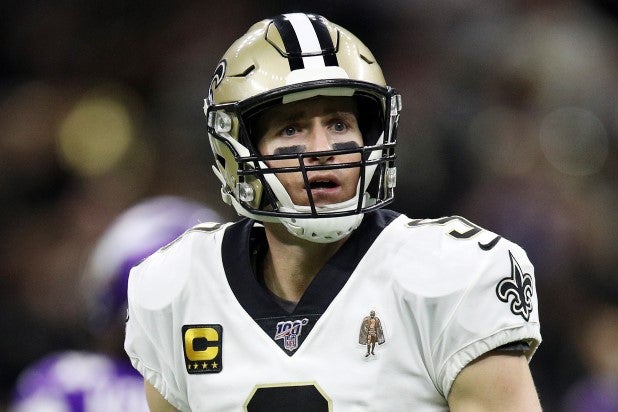 Drew Brees has retired from the NFL and joined NBC Sports as a studio analyst for “Football Night in America” and a game analyst for Notre Dame football games.

Inglewood, California’s Super Bowl is set to air on NBC on Feb. 6, 2022. Hopefully the coronavirus pandemic will be behind us by then and the brand new SoFi Stadium will be a packed house.

“We’re excited to have Drew join our team,” NBC Sports Group Chairman Pete Bevacqua said in a statement on Monday morning. “We know that Drew will apply the same work ethic and continuously positive attitude to everything he touches at NBC Sports and we know, as his new teammates, he’ll make us better.”

“I’m part of the (NBC Sports) team now, a new team. I’m excited about that journey,” Brees said this morning on NBC’s “Today” show. “I’m excited to stay very closely connected with the game of football. It’s been such an important part of my life. I can continue to talk about it and show a passion for it.”

Brees played in the league for 20 years and was selected to 13 Pro Bowls. He led the Saints to victory in Super Bowl XLIV and was named the game’s MVP.

The 2006 Walter Payton Man of the Year Award recipient walks away from the game with a whole bunch of records, including the NFL’s most career passing yards, with 80,358. Brees ranks second all-time with 571 career passing touchdowns and holds the league’s record with a touchdown pass in 54 consecutive games.