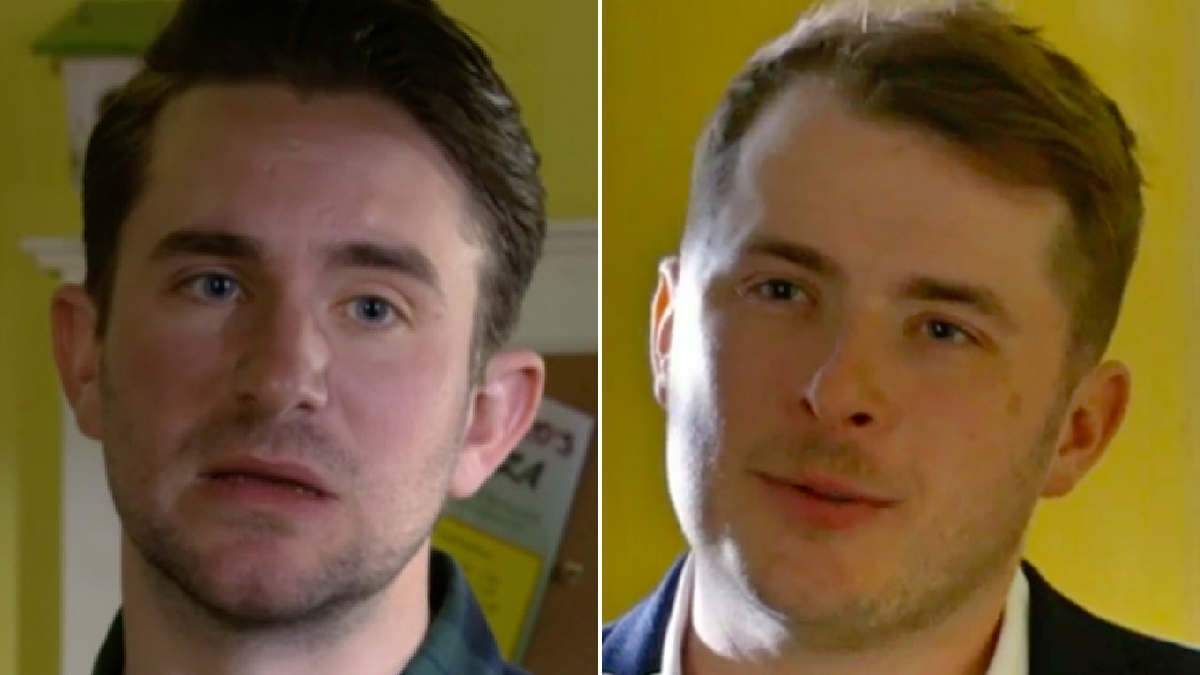 An almighty ‘Doof Doof’ if there was ever one!

After another confrontation with Whitney, the young lad decided that there was only one way to get to the truth, and that was to confront Ben head on.

Therefore, he asked him outright if he had anything to do with Kush’s murder!

Ben, horrified at his boyfriend’s doubts, reassured him that he did not have a part to play in the market trader’s demise, and Callum ultimately believed him.

However, things took an interesting turn when Ben asked for complete and total clarity from here on out.

Unwilling to start their marriage on a lie, Callum decided to drop a bombshell.

Reminding his fiancé about his mysterious stint undercover last year, the young copper came clean – revealing that DI Steve Thompson (Phillip Wright) was not the target like he’d previously claimed.

Ben was left trying to comprehend his beau’s betrayal, but what does this mean for their impending wedding?

Will Ballum make it down the aisle? Or has this bombshell well and truly ruined everything?

EastEnders continues Tuesday May 4 at 7:30pm on BBC One.