EVER since EastEnders viewers saw Sharon Mitchell's greasy night of passion in the Arches with Keanu, there's been a massive whodunit over who her baby's dad is.

But whether it's Phil's or not, one things for sure: having an unplanned pregnancy is far from unusual in Albert Square – with almost ALL of Walford's children conceived that way. 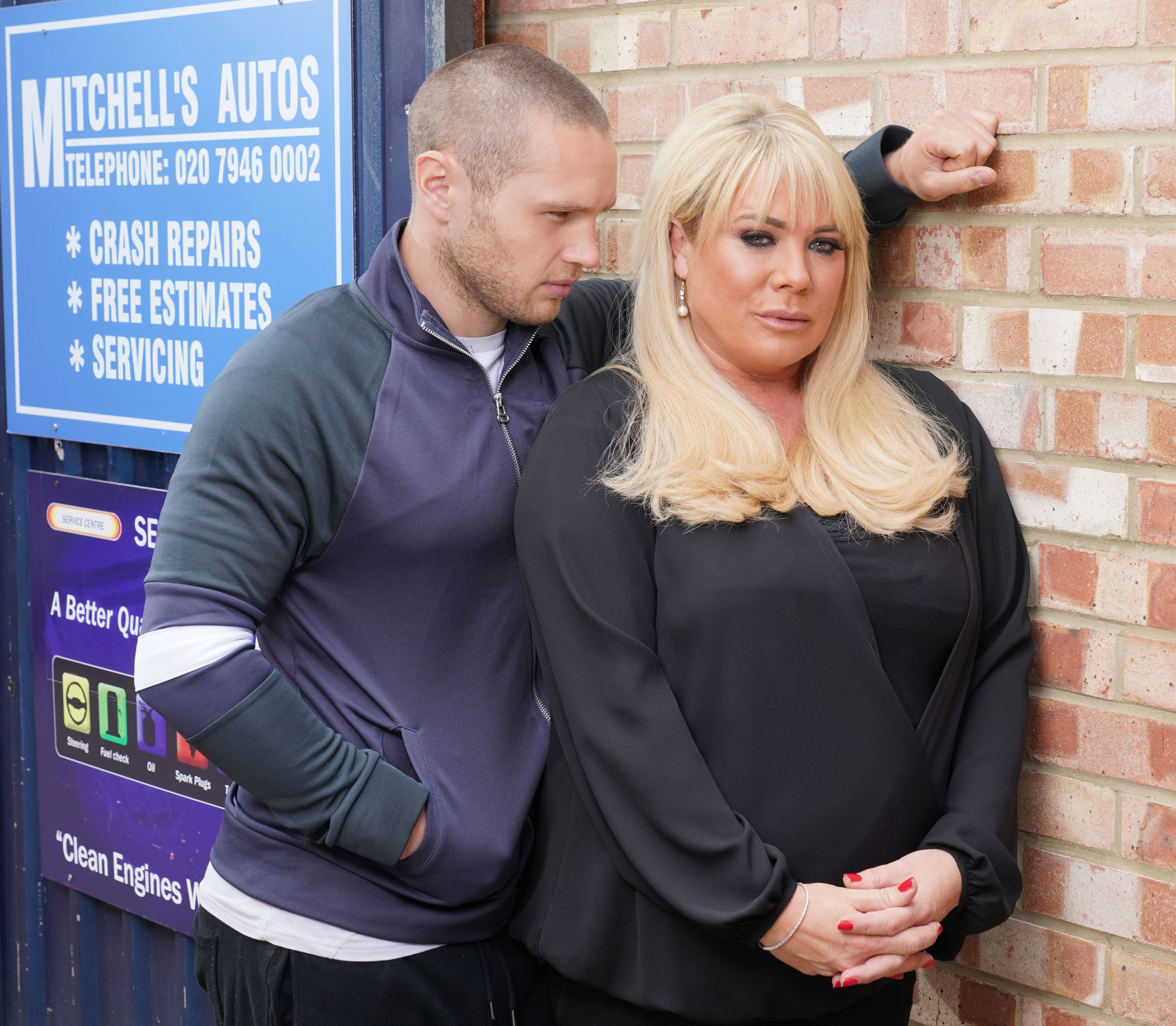 In fact, in a recent fan discussion, viewers could only think of one EastEnders couple who hadn't had their baby by accident.

As one put it: "The law of soap is that if you want a baby you will have fertility problems. If you definitely don't, then it's inevitable that the first time you have sex you'll be up the duff – or the duff duff duff."

Another viewer helpfully chipped in: "Martin and Stacey's baby Hope was planned. That's all I can think off."

So, in honour of Sharon's mystery, we run down some of the biggest baby shocks ever to grace the Square – even though the biggest surprise would be if someone actually planned to have a child. 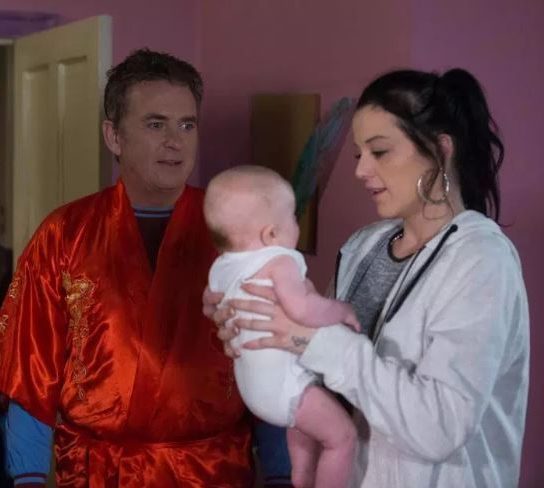 Alfie Moon's halo got well and truly dumped in the trash when he had a drunken one-night stand in Spain with his wife's cousin.

With blunt predictability, a baby followed and despite Alfie's pleas for Hayley to have a termination, she outright refused.

They tried to keep the scandal from Kat, but she found out – unleashing such fury that Alfie wound up flying down the stairs to his apparent doom.

However, he later recovered and tried to skip the country with baby Cherry and a pair of dodgy passports from – who else? – Phil Mitchell. 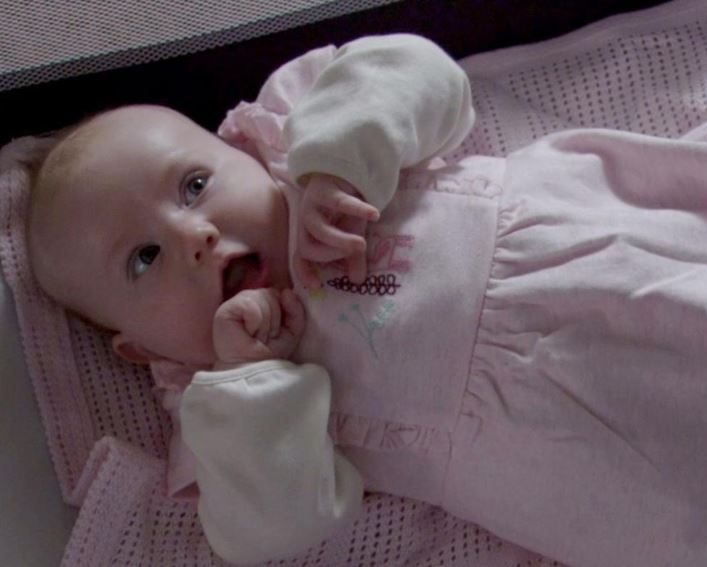 Dirty dog Steven Beale was having an affair with his girlfriend Lauren Branning's sister Abi.

And – whoops – she ended up getting pregnant.

Unfortunately, Abi died after falling off the roof of the Queen Vic while Stephen perished in a fire started by her dad Max. What a mess.

Mad Max was accused of kidnapping the tot – until he pitched up and explained that he had registered her birth – calling her Abi after her mum. 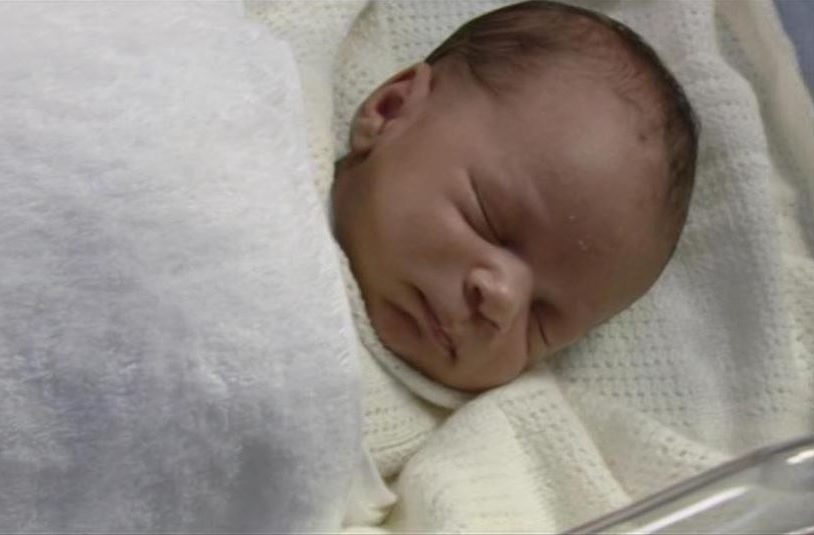 Baby Raymond came after Denise Fox had a drunken one-night stand with Phil, who was in his booze-whirlwind hell phase at the time.

She put him up for adoption immediately after the birth, believing the pair would be terrible parents.

Phil even revealed the bizarre fact he is a landowner, sold it to provide for the tot and that was that. 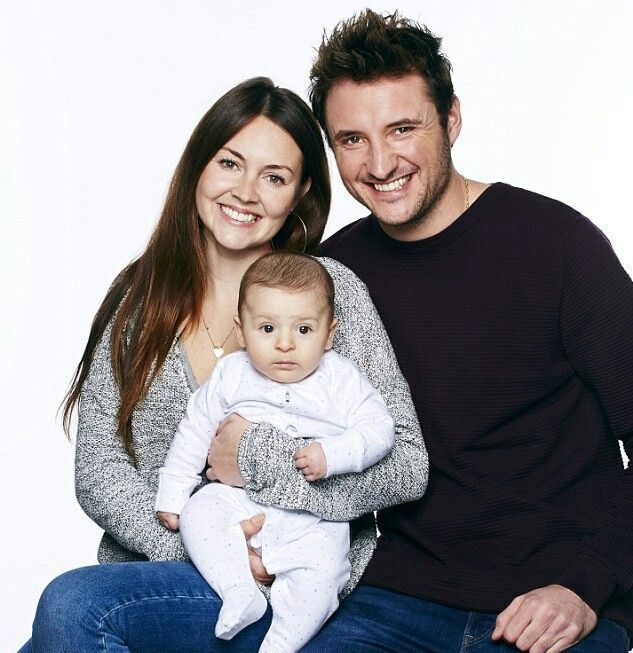 Arthur Fowler Jnr came into the world thanks to a one-night stand between his parents a month before Stacey Slater slept with Martin Fowler.

To begin with, they both assumed the baby belonged to the fruit-and-veg flogger until she was told at her scan that the maths didn't add up.

With stunning timing, Kush Kazemi didn't figure out what was going on until the day of his wedding to Shabnam

However, Martin adopted the child – named after his dad – nonetheless. Good man. 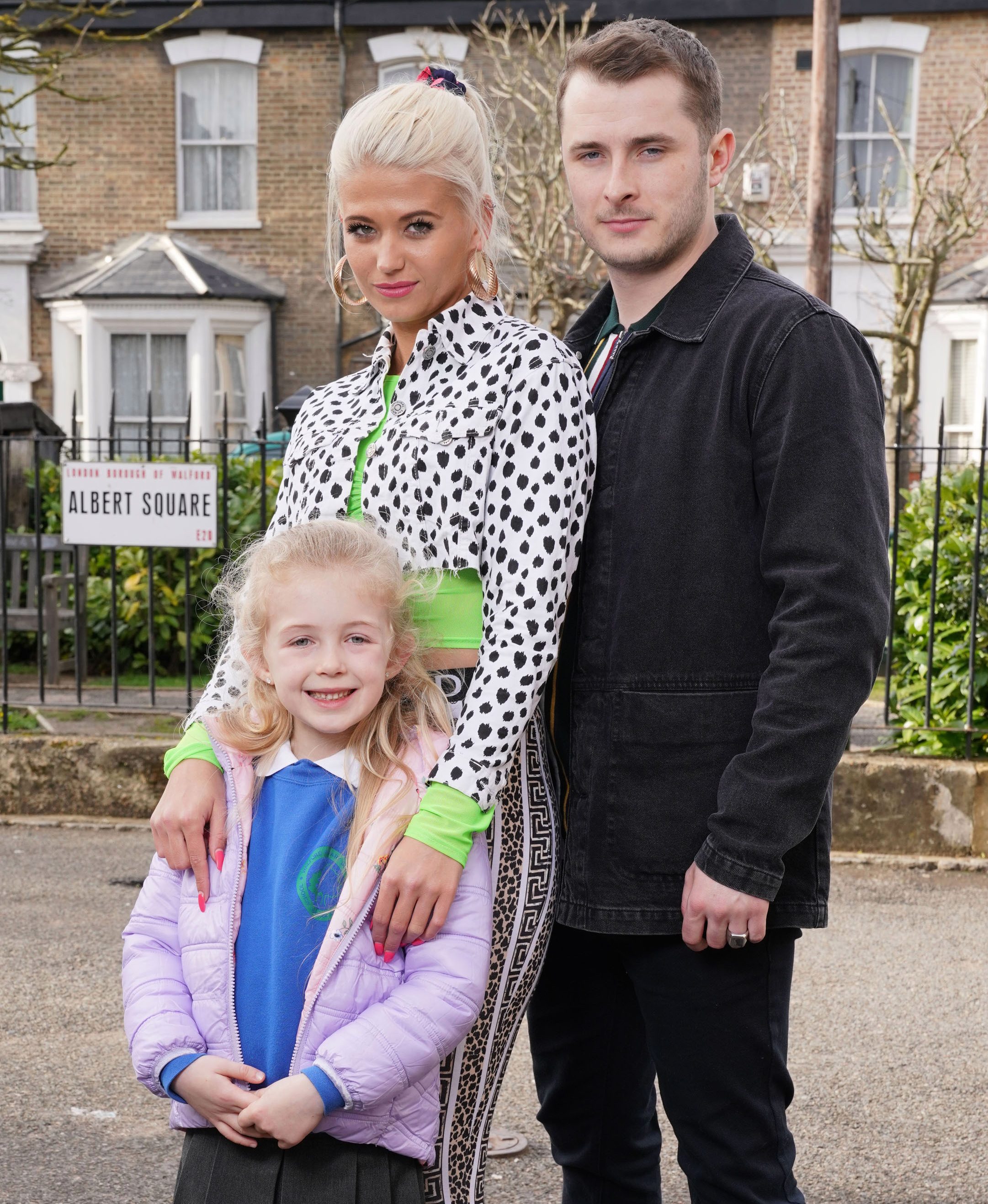 Little Lexi was born after Lola Pearce went into labour while her grandfather Billy was carrying the Olympic flame through Walford. Standard.

Conceived during a one-night stand with Ben Mitchell, Lexi was born in a special episode to 'celebrate' the London Games.

Lola originally denied Ben was the dad – causing Abi to break up with Jay Brown because she thought he was the dad. Drama.

In the end, Billy made it to the birth just in time, with the tot getting the middle name "Billie" in his honour. A rare good day for the luckless Mitchell. 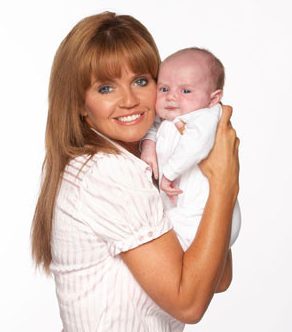 Danniella Westbrook's Sam Mitchell brought shame to the family name – as if that was possible – after having a baby through an affair.

Sam, who'd slept with Jack Branning while in a relationship with Ricky, originally wanted to put the baby up for adoption.

Enders legend Peggy insisted she keep the child as a way to win back Ricky – who by then had moved on to Bianca.

However, the plan to pretend Ricky was Richard's father backfired when ever-savvy Bianca did a paternity test of her own and discovered he was Jack's. 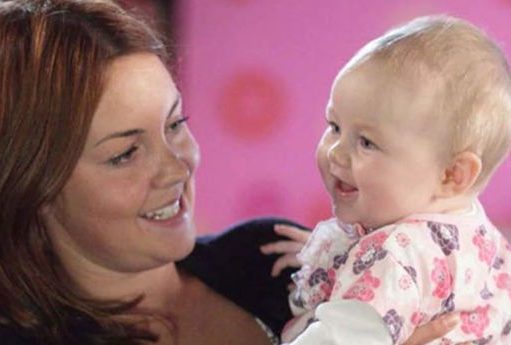 Poor Stacey's pregnancy was a horrible whodunit because she stopped taking her bipolar medicine which caused her to sleep with many men, Ryan Malloy included.

Around the same time, she is raped by evil Archie Mitchell.

She told ruddy-faced former husband Bradley Branning about the baby and he assumed it was his until she said that she was three months pregnant, meaning the baby couldn't be his.

Bradley vowed to raise the baby as his own but after Bradley dies falling off the Queen Vic it came to light that Archie was sterile Stacey realised the child was Ryan's. 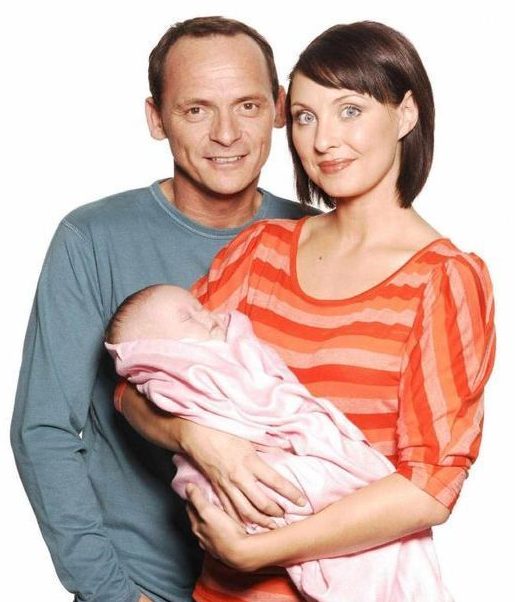 This might be TMI, but it appeared Honey and Billy never practised safe sex – as she discovered she was pregnant just weeks after she started dating Billy.

Her furious dad Jack tried to persuade her to abort the child, but she kept her and ended up giving birth during her own wedding.

Originally she was called Janet but Honey changed the name to Petal when she learned the child has Down's Syndrome and wasn't the "perfect" Janet she wanted.

However, she later changed her mind and went back to being Janet. 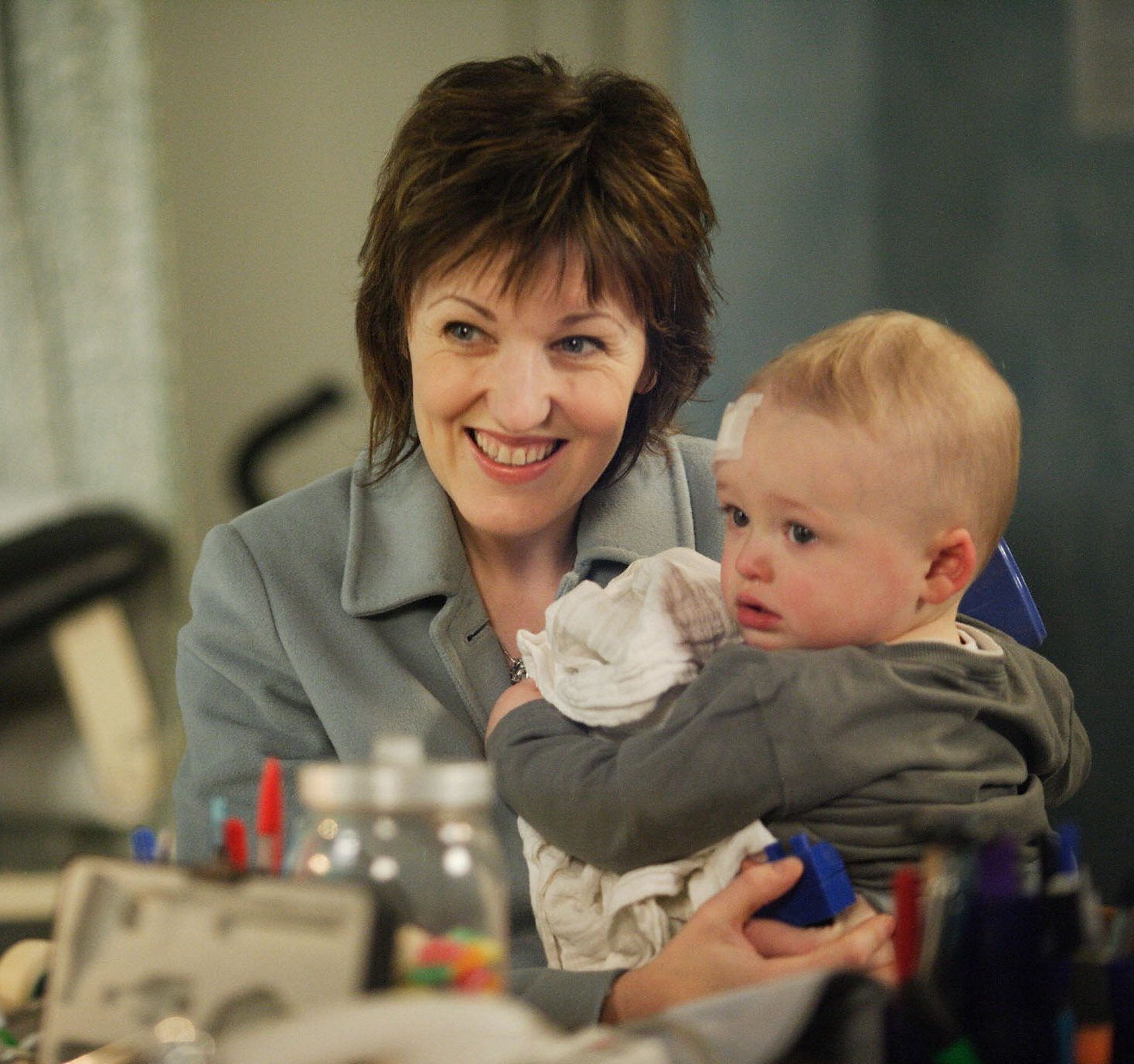 Freddie was conceived in horrific circumstances when Little Mo was raped by her friend Graham Foster.

She refused to abort the child, sparking the break-up of her marriage to Billy Mitchell.

The pair gave their marriage another shot when Graham was sentenced to eight years in jail.

However, it didn't last, with Little Mo and Freddie quitting Albert Square for a new life in Devon in 2006. 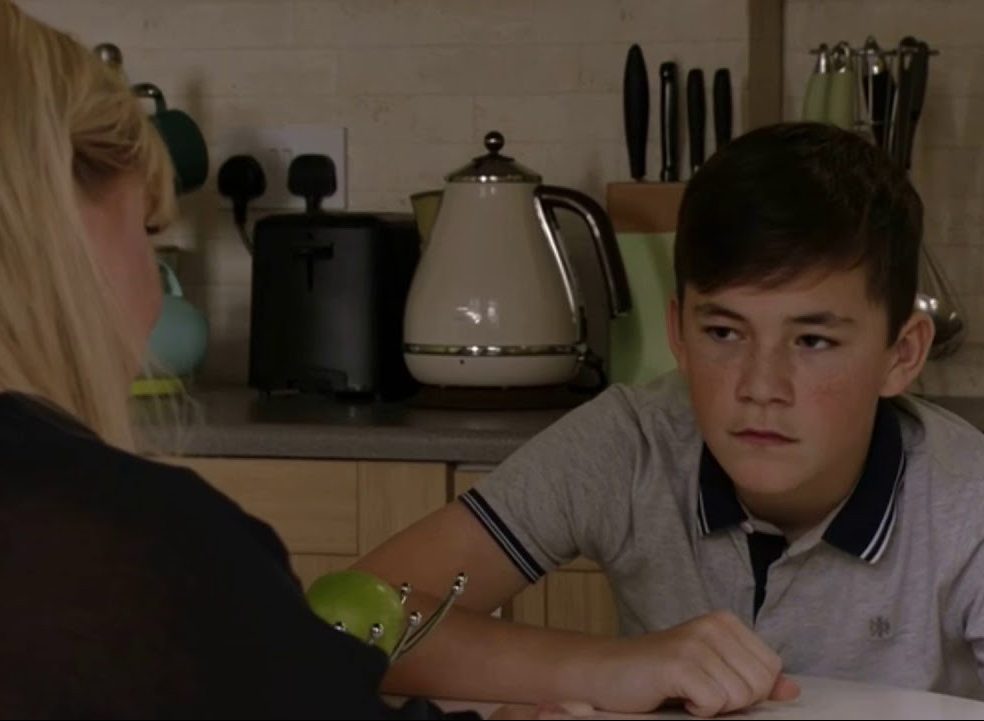 Sharon thought she was infertile, so it came as a huge surprise to find out she was pregnant in an action-packed Christmas episode.

He is born off screen, with Sharon moving to Florida and Dennis being stabbed to death on New Year's Day the following year.

We first saw mini-Den years later in 2012, when he popped up on the day of Sharon's wedding to John Hewland.

When John has kidnapped Dennis – the first of several kidnappings the lad has suffered – Sharon called on potato-headed superhero Phil to rescue him. 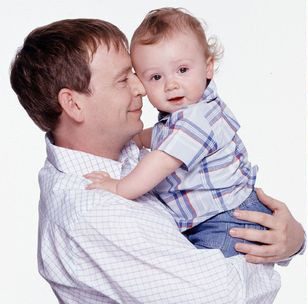 Tightwad Ian Beale obviously had his vasectomy on the cheap – because he accidentally fathered Bobby with estranged wife Laura.

Fed-up Laura had been cheating on Ian with Gary Hobbs, but when the child needed a blood transfusion it turned out the fish boss was the real father.

Later, Laura died in truly bizarre circumstances – tripping down the stairs on a toy – and Pat Evans showed Ian the birth certificate he was listed on.

After that, Ian brought Bobby to live with him and his older half-siblings. 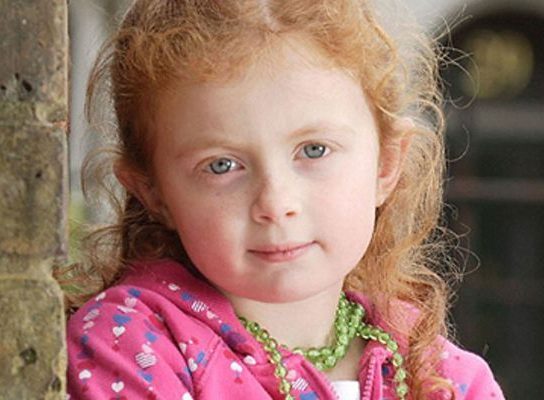 When she wasn't shouting "Rickaaaaaay", Bianca Jackson specialised in having affairs.

She assumed that her child Tiffany, belonged to a trucker called Nathan Dean. (Stay classy, Bianca.)

However, it eventually turned out Ricky Butcher was really the dad – with the fact being proved, Jeremy Kyle style, with a paternity test.

Poor Nathan was later killed in a crash. RIP. 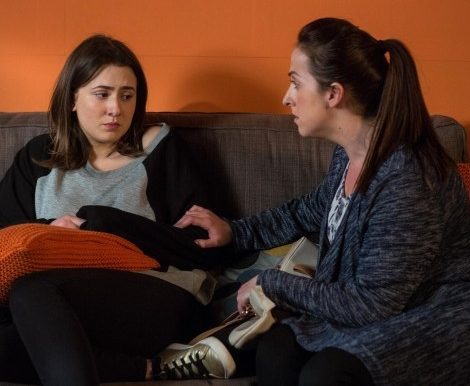 Clueless Sonia had no idea she's even pregnant until she went into labour – with Big Mo delivering little Bex.

Originally called Chloe, she was adopted by Neil and Sue Miller, who renamed her Rebecca.

However, when the Millers were killed in a car crash, Sonia and Martin tried to get her back.

She eventually returned to the square as a teenager in 2014. 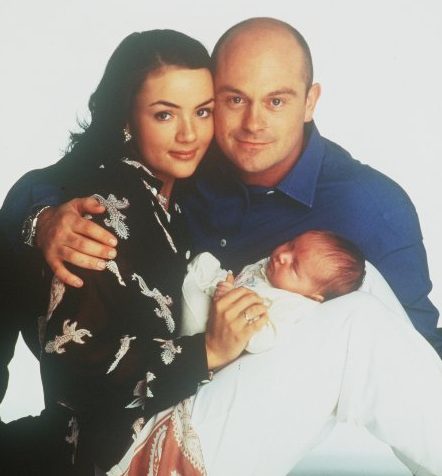 Martine McCutcheon's sweetie Tiffany didn't know whether Grant Mitchell or Tony Hills was the dad of her baby.

However, she made a colossal mess of the whole thing when she tried to pretend it was Tony's until – in true EastEnders style – she caught him kissing her brother Simon.

In the end, the tot turned out to be Grant's all along.

However, just as she was plotting to flee to Spain, she ran into a car driven by Frank Butcher and died at the scene. RIP. 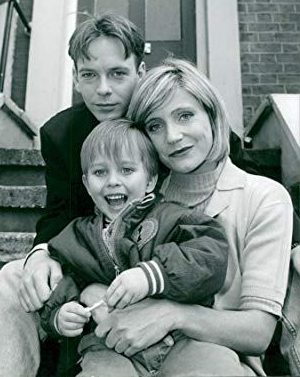 Fish mogul Ian was overjoyed to learn he is having a son – until he found out the child wasn't his.

Bed-hopping Cindy had a one-night stand with Nick Berry's sleazy Simon Wicks during a late night working together at the Queen Vic.

But even that backfired, with Simon and Cindy fleeing Walford with the child, leaving Ian heartbroken.