BILLY Mitchell will tell Habiba Ahmed’s grandparents, Arshad and Mariam, about her affair with dentist Adam Bateman in EastEnders next week.

Determined to stop his ex-wife, Honey, and kids, William and Janet, getting hurt by the dirty dentist Billy – played by Walford veteran Perry Fenwick – will reveal all about the fling, leaving Mariam and Arshad shocked. 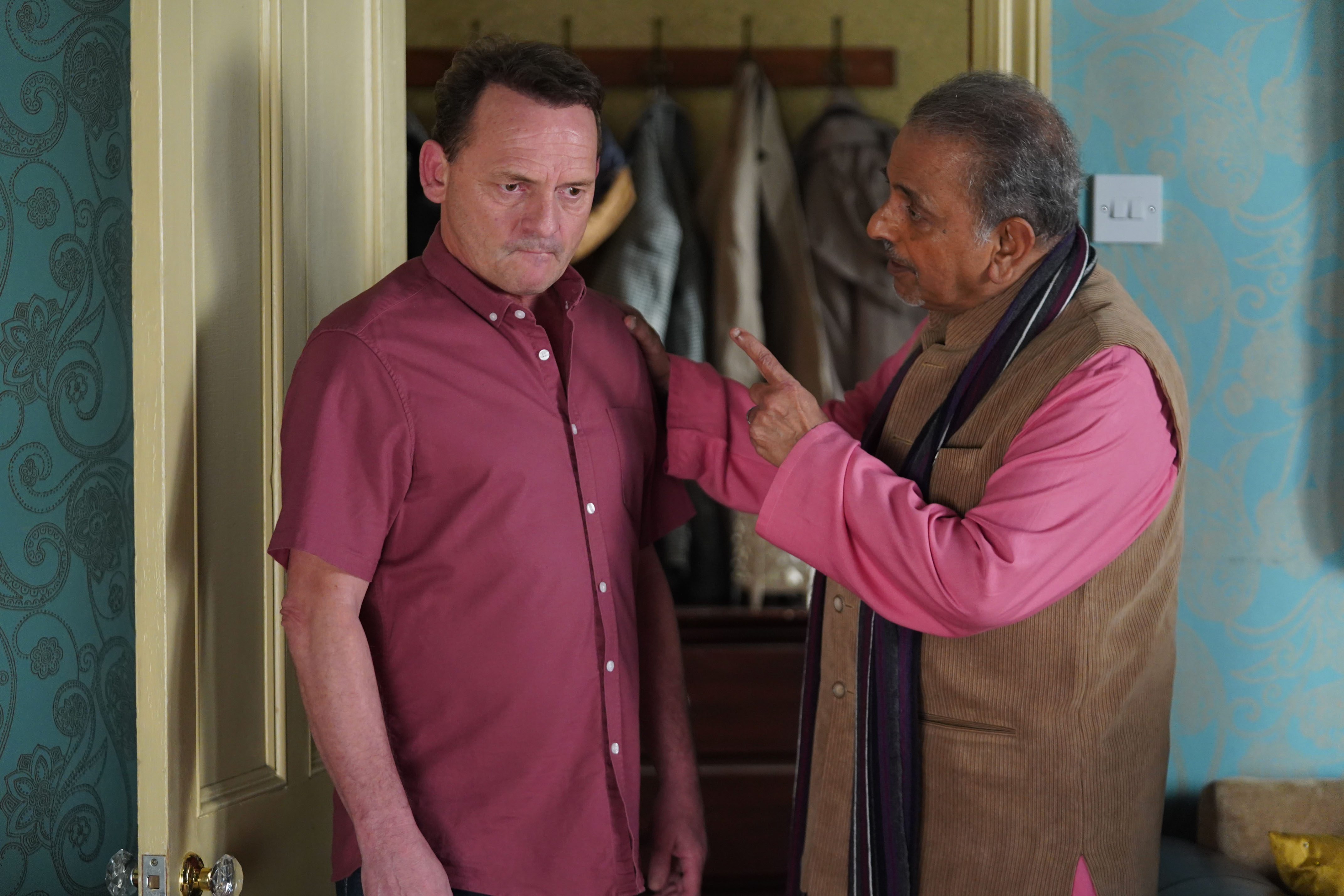 Billy will be struggling with Honey and the kids living with Adam, knowing he’s sleeping with Habs on the side. He decides to take drastic action and tells the Ahmeds about the affair.

But – like Honey – neither Arshad nor Mariam believe Billy and they angrily tell him to leave.

Billy’s words play on Mariam’s mind however and she tells Arshad that they need to find a husband for Habiba.

As Mariam heads off to find Iqra to tell her, she sees Adam with Honey and her suspicions about Habiba and Adam grow. 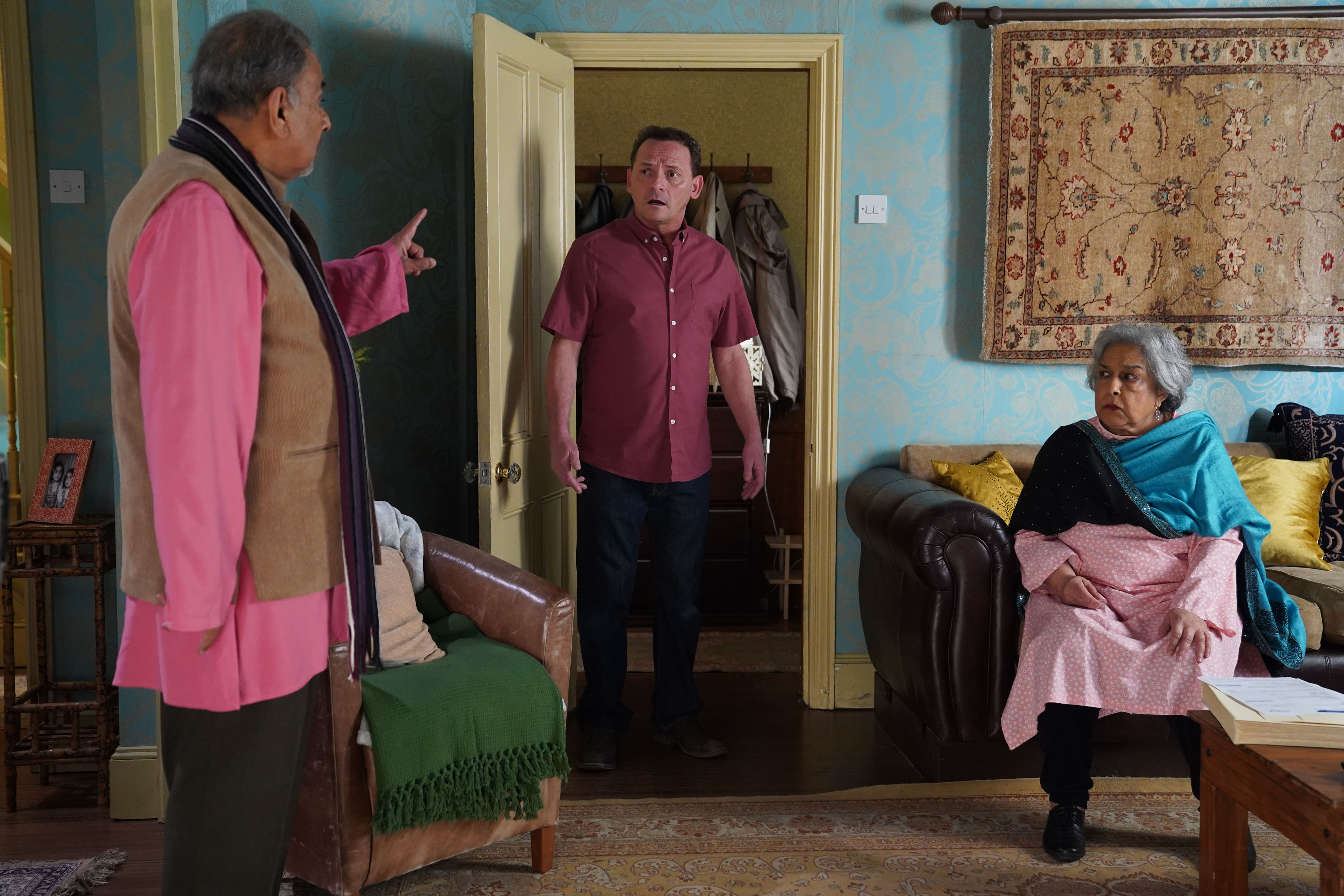 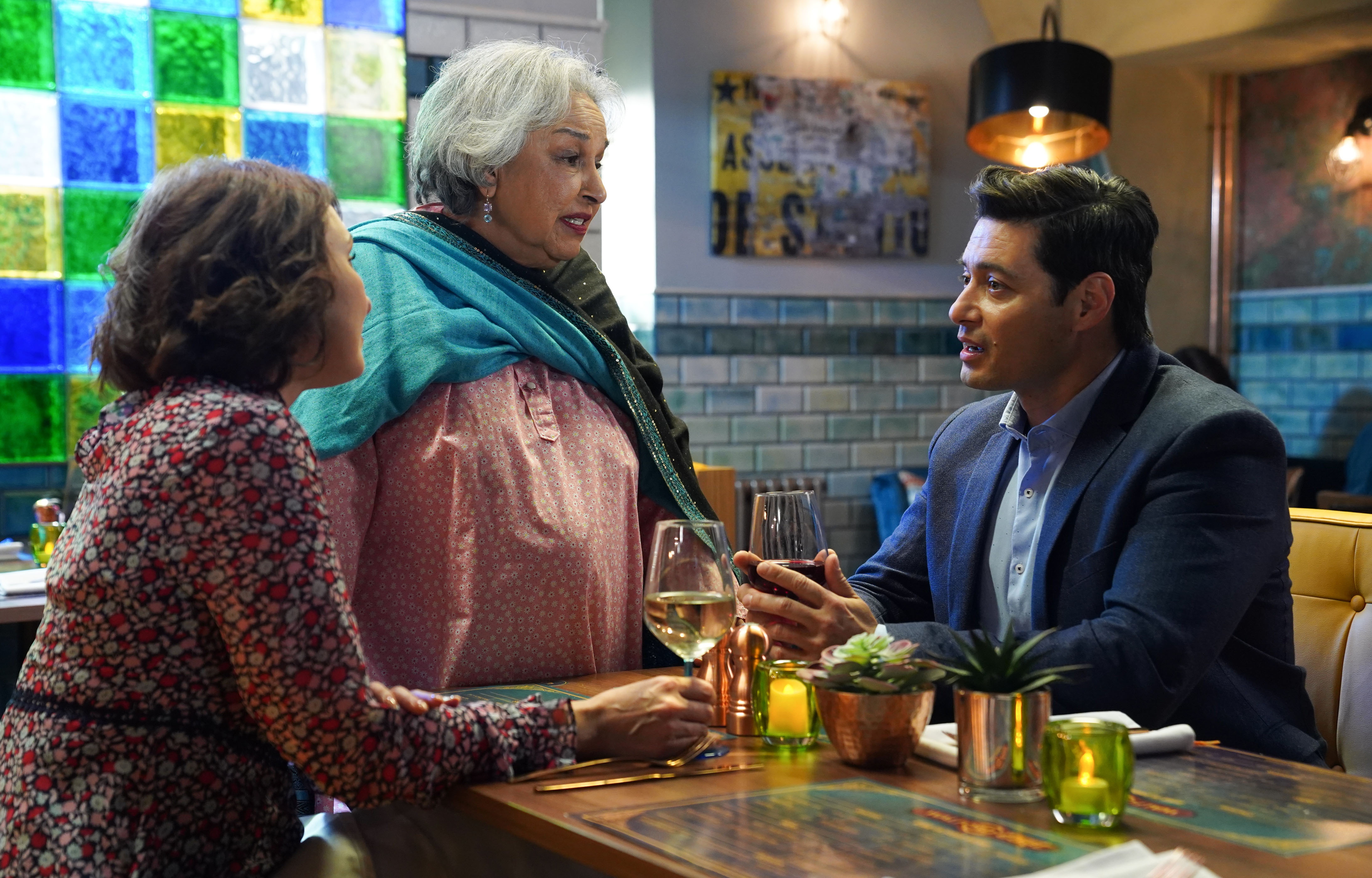 Will someone tell Honey before she gets her heart broken though?

Billy recently blurted out to Honey – Emma Barton – that Adam’s cheating on her but she chose not to believe him, thinking he’s just trying to ruin things for her and Adam.

In an attempt to cement her relationship, Honey moved her things into Adam’s flat.

Meanwhile Habiba – Rukku Nahar – confronted Adam about their future and pleaded with him to leave Honey. But he refused, instead breaking things of with Habiba.

Too content with having his cake and eating it though, Adam quickly backtracked and told Habs they could continue seeing each other as long as it stayed a secret.

Naïve Habiba, who confessed Adam was the first man she’d slept with, agreed.

It was revealed Habiba had known Adam since she was a little girl – as the dentist is a former foster child of her grandparents, Arshad and Mariam.

Initially Adam rebuffed Habiba’s advances, but the Walford East worker has been determined to get her man, despite knowing he’s in a relationship with Honey.

She finally wore him down earlier this month and the two have been having a steamy fling ever since, with Honey – who split with Billy after he cheated on her with Tina Carter – none the wiser.