EastEnders fans have seen Leo King (played by Tom Wells) up his stalking on Whitney Dean (Shona McGarty) in recent weeks as he got himself a plot on the market to keep an eye on her. He is currently hiding in Whitney’s loft without her knowledge but some BBC viewers have been left baffled as to how he ended up there without her knowledge.

Viewers first saw Leo on screens last summer as he turned up on the Square on Whitney’s wedding day to Callum Highway (Tony Clay).

Unfortunately, the wedding never went ahead and Whitney’s mum Bianca (Patsy Palmer) was seen warning Leo to leave her and her daughters alone.

It didn’t last long as Whitney returned from her solo honeymoon with Leo in tow after the pair enjoyed a holiday romance as she was completely unaware of his true identity.

Late last year, the pieces finally fell into place as a panicked Tiffany Butcher (Maisie Smith) rung her mum to quiz her on why she had warned her off Leo. 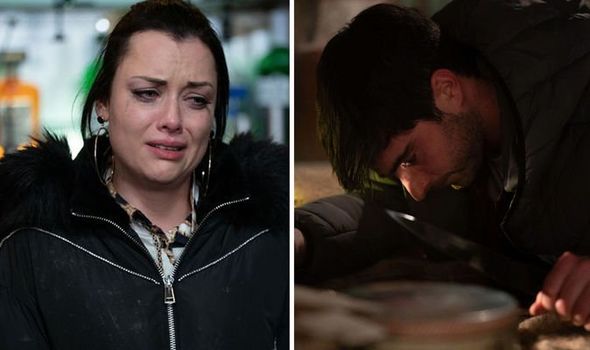 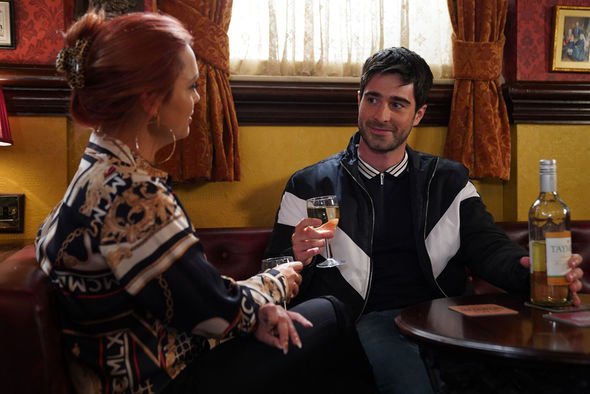 She rushed off to save her sister, along with Ben Mitchell (Max Bowden) and Callum but Whitney has remained in danger as there is not enough evidence to prosecute him.

Whitney believed she was safe from Leo after he appeared to leave Walford but he has been back in the New Year making things as difficult as possible as he tries to get revenge.

Friday’s instalment saw Whitney comforted by Mick Carter (Danny Dyer) as she revealed her worries about leaving the house.

She told him she felt her room “safe” and she was afraid to go outside in case she bumped into Leo. 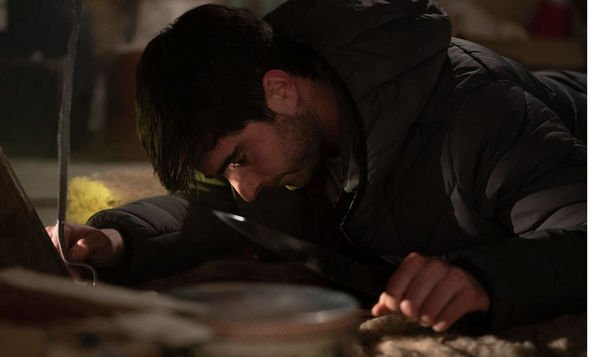 Mick told her: “I don’t think you have to worry about him anymore. I think he got the message. If he does come back I’ll be round here with a baseball bat.”

However, Whitney replied: “I just feel safe here. I feel like I can shut the curtains and lock the door and it’s my little world and I’m alright with that.”

Little does the stallholder know Leo has actually been watching her every move as he was seen watching Whitney through a hole in the loft as she went off for a shower.

Several fans have taken to Twitter as they have questioned how evil Leo managed to make it up into the loft in the first place.

One wrote: “Leo’s sudden habituation in the loft begs a hell of a lot of questions #EastEnders.”

“How did Leo get into the loft to watch Whitney? A bit far fetched. #EastEnders,” echoed another.

Others have wondered how Leo has managed to survive up in Whitney’s loft without eating or going to the toilet as fans accused the situation as of being “out of reality”.

One viewer shared: “Never mind how Leo is eating or peeing, that’s easy to explain.  But why is there a weird skylight in Whitney’s room in the first place?  Is that an actual thing? Why? What purpose does it serve? These are the real questions #EastEnders.”

Another added: “RIGHT I’m not gonna lie, Leo’s been in that attic for a few days now. Where is he peeing? How is he not hungry or dehydrated? And now he’s spending the whole weekend there too? Little concerned for him even though he’s a nasty piece of work #EastEnders.”

“Leo King has been in that attic for over 24 hours now without food, drink or the use of a toilet. These storylines are messed up, totally out of reality #EastEnders,” wrote a third.

“Surely Leo will cough or sneeze or something, while he’s looking through that hole. How has Witney not clocked him up there?  #EastEnders,” agreed a fourth.

With Leo still hiding in Whitney’s attic, it’s surely only a matter of time before he is discovered – will he finally get the comeuppance he deserves?

EastEnders continues on Monday at 8pm on BBC One.