Gray (played by Toby-Alexander Smith) has been addressing his anger issues in recent scenes on EastEnders, but his long suffering wife Chantelle (Jessica Plummer) has continued to feel the full force of his violent streak. Although her family has no idea what is going on under the Atkins’ roof, there are a couple of characters on the BBC soap who could expose the lawyer for the brute he is as they witness just how volatile he is.

The husband and wife arrived in Walford after Chantelle decided she her children Mia Atkins (Mahalia Malcom) and Mackenzie Atkins (Isaac Lemonius) to be closer to her mother, Karen Taylor (Lorraine Stanley).

After presenting themselves as the picture perfect family, it wasn’t long before viewers discovered Gray was abusing his children’s mother.

Until now, no one other than the lawyer’s therapist know there has been some ‘heated’ exchanges between the pair, with the full extent of his beloved’s ordeal kept behind closed doors.

As the months tick by, the storyline is set to escalate even further, but it seems his youngsters could be his downfall. 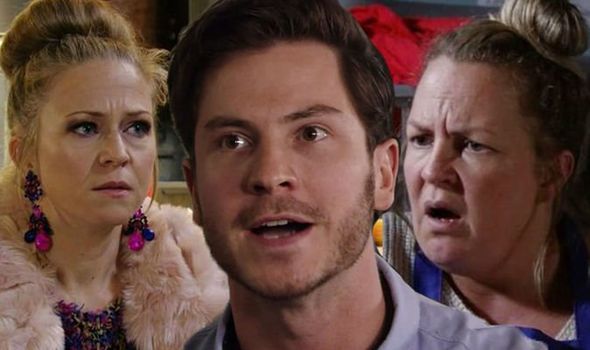 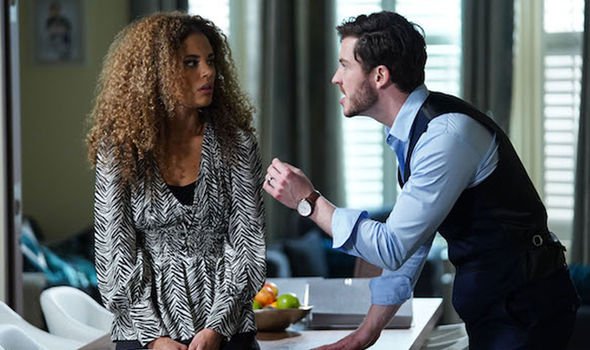 Speaking to The Mirror, actor Toby-Alexander hinted Mia and Mackenzie will become paramount to his character’s plot.

The soap star said: “It’s certainly something that we are exploring because it’s a very important thing to consider that children are very savvy with the arguments that their parents have.”

Since they arrived, the youngsters have been lingering in the background as their parents take centre stage.

Chantelle has been seen dropping her children off at school, or handing them over to Karen for nannying duties. 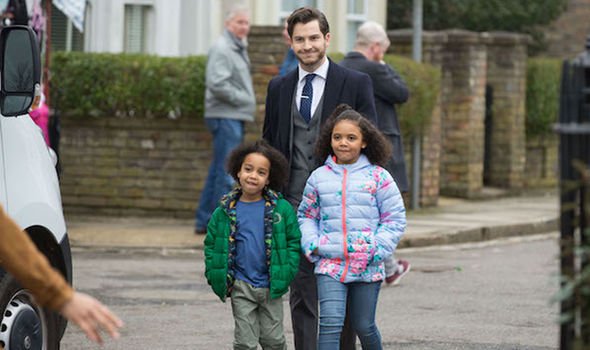 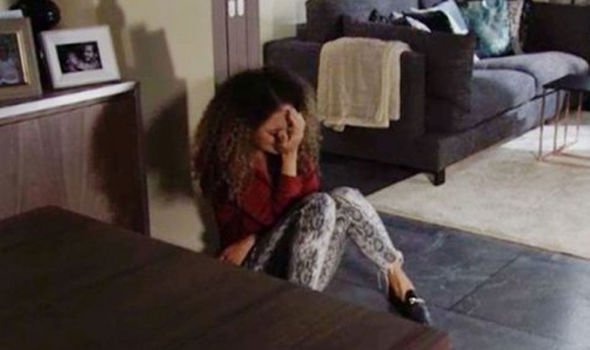 Could they come up from the shadows and be the characters to expose what their father is doing to their mother?

After witnessing the abuse, they could report back to grandmother Karen, who will then take action to protect her daughter.

Will the truth be outed before it’s too late and Chantelle finds herself in mortal peril thanks to her abusive husband?

However, fans have a theory it could be another Walford youngster who exposes the villainous lawyer.

With his parents Linda Carter (Kellie Bright) and Mick Carter (Danny Dyer) having marital problems due to the former’s drinking problems, Ollie Carter (Harry Farr) had been staying with the Atkins’.

This was due to the school boy telling his teachers his mother had been acting up as she descends further into alcoholism.

Following these scenes, viewers believed the youngster could tell all about Gray if he witnesses his violent streak.

Taking to Twitter, one fan posted: “Mick sending Ollie off to Chantelle and Grey’s [sic] house to get him away from his drunken mother and he has no idea of the ugly atmosphere at their house. I wonder if this will lead to the reveal of the abuse? #EastEnders.”

Another added: “Wouldn’t it be a plot twist if Ollie was the first to discover that Gray was abusing Chantelle? #EastEnders.”

Whilst a third commented: “They’ve said ollie has told the school about linda what if him going to gray and chantelle’s means he’ll see gray hurt chantelle and also tell the school #eastenders [sic].”

Viewers will have to wait and see how the plot plays out, but Toby-Alexander has promised there won’t be any let up yet.

EastEnders continues Thursday at 7:30pm on BBC One.