Halfway (played by Tony Clay) is in a relationship with Whitney Dean (Shona McGarty) on EastEnders.

But recently he has been seen having a real internal battle and the reason why appeared to be exposed when Ben (Max Bowden) confronted him.

The ex-soldier denied Ben’s assertions that he was gay, however, that hasn’t stopped Ben taunting him about it.

In this evening’s instalment of the BBC soap, Halfway went round to the car lot to have a word with Ben after doing some thinking.

It must be bad if you’re asking me

“Look, you don’t call me, you don’t speak to me and you don’t invite us to your cheap bar,” Halfway raged.

“I ain’t got nothing against you but I ain’t like you. You understand?” Halfway retorted.

Ben continued: “I kept telling myself that too, for way too long. Being gay isn’t exactly a Mitchell badge of honour. It doesn’t work, Callum.

“The harder you try and pretend it ain’t there, the worse it gets. It’s always up here, all over your face. Bit like myself. Now if you’ll excuse me there’s a man with a Volvo that needs seeing to.”

Aware that his words had no effect on Ben, it looked as though Halfway then decided further action needed to be taken and he sought help in the form of Stuart (Ricky Champ). 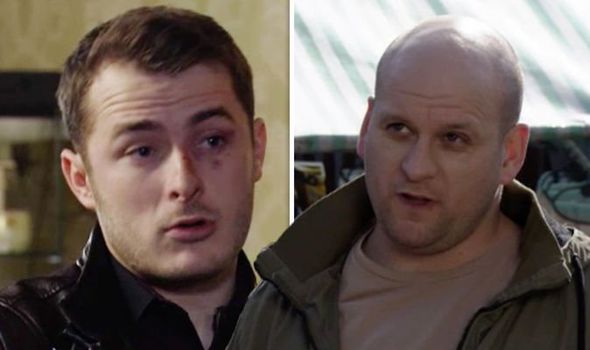 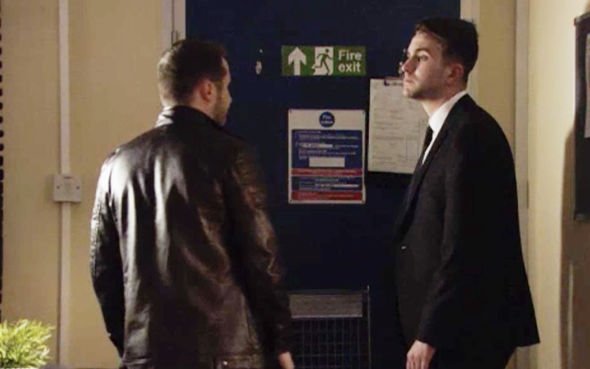 “I need your help,” Halfway asked of his sibling.

“Well, it must be bad if you’re asking me,” Stuart replied.

Does Halfway want to get to Ben by using his sometimes violent and unpredictable brother?

Elsewhere in tonight’s episode, before Halfway went round to confront Ben, he was having a deep think in the Vic.

Although, before he walked away, Shirley Carter (Linda Henry) appeared to shoot him a bit of a worried look. 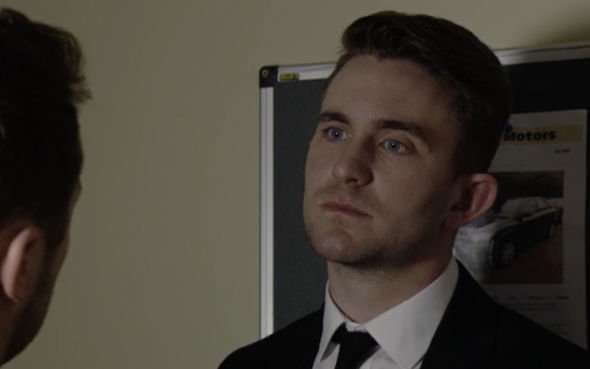 Could Shirley be the one Halfway confides in, or will she ask him what’s been bothering him?

Halfway was seen suggesting to Whitney that the pair of them host a house warming following their move into the Cokers’ old flat.

It has been revealed that Ben turns up to the party in upcoming episodes and Halfway is concerned when he sees how drunk he is.

Instead of revealing his secret, Ben tells Halfway one of his own as he opens up about Paul Coker (Jonny Labey), who was killed during a homophobic attack.

EastEnders continues tomorrow at 7.30pm on BBC One.