Andrea Tate (played by Anna Nightingale) arrived in Emmerdale with her daughter Millie Tate earlier this year, joining Jamie Tate (Alexander Lincoln) and Kim Tate (Claire King) up at Home Farm. In the past few months her backstory has been explored and it was revealed, she and Graham Foster’s (Andrew Scarborough) paths had crossed many years ago when the pair spent a night together. Subsequently, questions have been raised about whether Graham is in fact Millie’s biological father instead of Jamie. This week, Kim found out about this secret and tonight, she issued Andrea a dark threat. But will Andrea sabotage the DNA test in order to fix the result?

For the past few weeks, Graham has been insisting Andrea tell him the truth about whether or not Millie is his daughter.

In a turn of events, the revelation came tumbling out last night when Graham got his own back on Kim after she planned a surprise party for their wedding anniversary.

Tonight, Kim was insisting Andrea tell Jamie the predicament she was in, but at the last minute with Graham refusing to leave, Andrea revealed other news; she and Jamie were having a baby.

Luckily, Kim managed to pretend like she already knew and after ordering Jamie to go and get champagne to celebrate, Kim turned to Andrea and warned her. 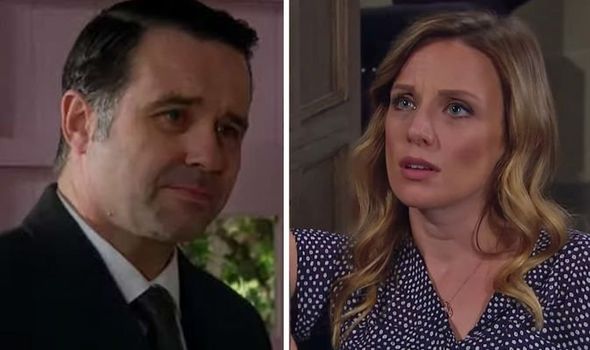 “Aren’t we full of surprises?” She said and then asked Andrea: “So this one [baby], Jamie’s?”

Before Andrea could argue otherwise, Kim was on a roll: “Oh save it! Nothing’s changed, you’re getting that DNA test.

“This isn’t over until we know who Millie’s father really is, that’s when I decide exactly when I’m telling Jamie.”

The episode ended with Andrea looking extremely worried, could she take matters into her own hands, afraid of what the result of the test might be? 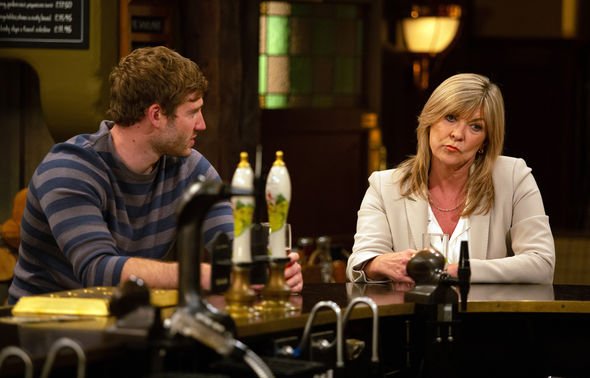 Should this be the case, there is always a chance she could sabotage the results in order to make sure Jamie is believed to be the father.

That way she wouldn’t have the deal with any repercussions from Kim, or Jamie.

To add to this plan, it could also provide Graham with a reason to leave the soap.

While ITV are yet to confirm whether or not the character is definitely departing from Emmerdale, speculation has been rife, and should Millie not be his daughter, it would be a perfect excuse to move elsewhere for a couple of months. 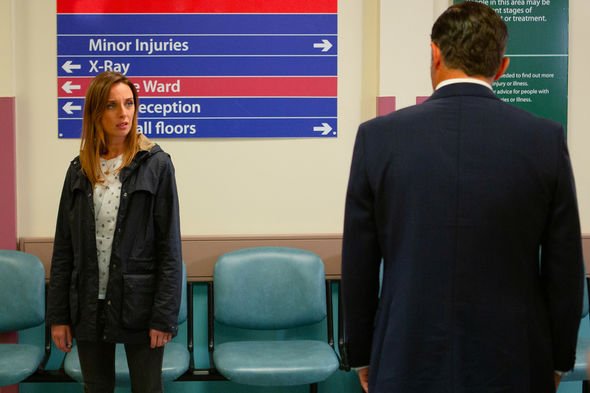 After all, there isn’t much left for him in the village now his relationship with Rhona Goskirk (Zoe Henry) is broken.

Elsewhere in the village, there is a chance Noah Tate (Jack Downham) could be stabbed.

Sarah Sugden (Katie Hill) has been spending a lot of her time with Danny (Louis Healy).

However, it seems the newcomer is trouble.

In official soap spoilers released by ITV, Sarah is going to be coerced into taking drugs.

Having tried to persuade her it is a bad idea, Sarah ignores him.

Unable to just standby and watch Sarah make a mistake, will Noah find himself being threatened with a knife?