Moira Barton (played by Natalie J. Robb) and Nate Robinson (Jurell Carter) have been blacklisted and shunned by many Emmerdale residents after their affair was exposed last week. While Cain Dingle (Jeff Hordley) has left the Dales for a much needed break away from the drama with his sons and ex partner Amy Wyatt (Natalie Ann Jamieson), it seems Nate is hell bent on sticking around. But will an unexpected romance blossom between him and Belle Dingle (Eden-Taylor Draper)?

If getting himself involved in someone’s marriage wasn’t bad enough, the farm hand revealed the real reason as to why he targeted Moira for an affair; because Cain is his biological father who has been absent from his life since the very beginning despite his mother Cara attempting contact.

Viewers learnt how Faith Dingle (Sally Dexter) had intercepted all communication and made the executive decision her son’s life, Cain’s, was better off without Nate and Cara in it.

Despite his tough guy act, it became clear how affected Nate was by the lies he had been told and the fact Cain explicitly told him how he would never consider Nate as a son, and didn’t want to get to know him regardless of all the revelations. 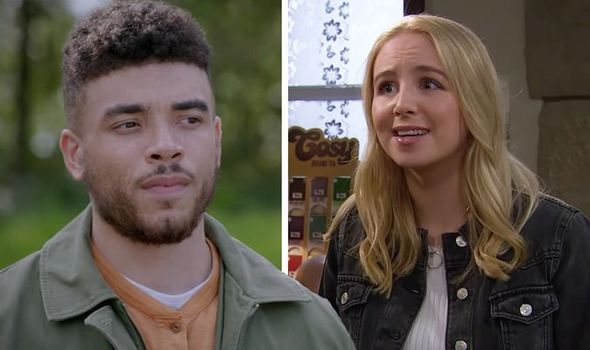 According to official soap spoilers Nate is going to go to Wishing Well Cottage, hoping the good nature of Lydia Hart (Karen Black), Sam Dingle (James Hooton) and Belle will appeal to him.

Nervous as to how they will respond, it is Belle who opens the door to him.

After sussing him out, the young woman invites him in and wastes no time in shaming him for his actions.

With no other choice but to listen, Nate waits for Belle to finish her rant and when she does, he makes his intentions clear. 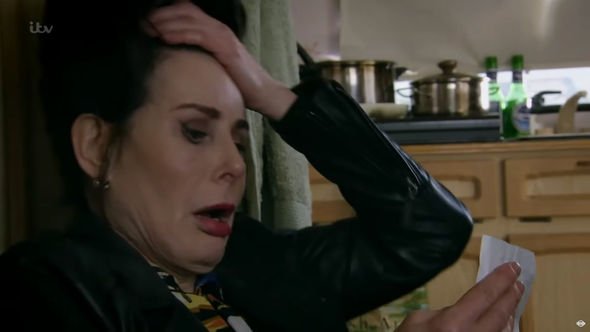 It soon becomes apparent Nate wants to get to know his family.

Struggling to open up, Nate is emotional, but Belle sees past his attempts and advises him the best thing to do is leave and never come back.

Defeated, Nate gets up and leaves the Cottage but as he walks down the driveway, a furious Cain pulls up.

Within a matter of minutes, Nate is lying on the floor unconscious as Cain stands over him nursing swollen knuckles.

Witnessing the whole event, Belle rushes to Nate’s aid and tries to coax him round.

Feeling duty bound to make sure he is ok, will this be the start of a new romance for Belle?

There is the small question of whether or not the two are actually related – Belle is Cain’s half sister, they share Zak Dingle (Steve Halliwell) as a father.

Cain is Nate’s biological dad, so technically Belle is Nate’s step-aunt, but weirder things have happened in a soap.

Belle has not had the best of luck when it comes to her love life. Remember Lachlan White (Thomas Atkinson)?

Viewers thought she had turned a corner when Ellis Chapman (Asan N’Jie) hinted his interest in her, but he has found himself on a plane to Dubai following his father’s orders.

While Nate is no Prince Charming, his recent actions have been for a good reason.

Could Belle and Nate find some common ground?