Cain (played by Jeff Hordley) has had a very turbulent relationship with Moira (Natalie J Robb) on Emmerdale for the past two years after she had an affair with his long-lost son, Nate Robinson (Jurell Carter). Next week’s episodes of the ITV soap will see his estranged spouse receive her decree nisi, meaning the pair are able to begin divorce proceedings. However, the two on-off lovers are forced to confront their pasts when MacKenzie Boyd (Lawrence Robb) locks his sister and her other half in the Dingle barn. As the couple gets to talking, the village bad boy could discover his wife was a murderer long before she killed sister-in-law, Emma Barton (Gillian Kearney).

During last week’s episodes of the weeknight serial drama, viewers discovered Moira had left her family home at a young age, something MacKenzie resented her for.

It turned out she had made her departure because her father was a violent man and she had been trying to protect her mother, who she knew was having an affair.

The farmer’s brother was unable to accept this, but the mother-of-four was left heartbroken by dragging up her past.

This emotion also came from the fact she had learnt her mother had recently passed away and it could have also been because she didn’t have to carry the burden of another deadly secret any more.

What Cain could discover whilst locked in the barn with his estranged wife is that she had murdered her father years before to stop the poison he was reading about her. 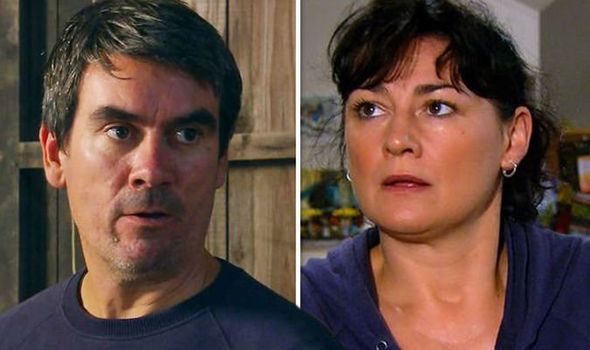 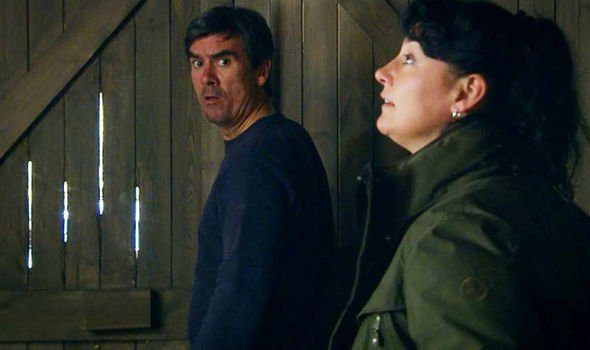 When she left the family home, Moira told her father it was she who was having the affair with his best friend, not her mother.

This meant the clan leader disowned his daughter and dragged her name through the mud, making it impossible for her to ever return home.

In order to keep up the charade, her mother also had to slate her daughter, but Cain’s wife would have wanted her to be free of her father’s control.

As a result, the farmer could have murdered her volatile parent to get him out of the picture for good so he couldn’t ruin any more lives. 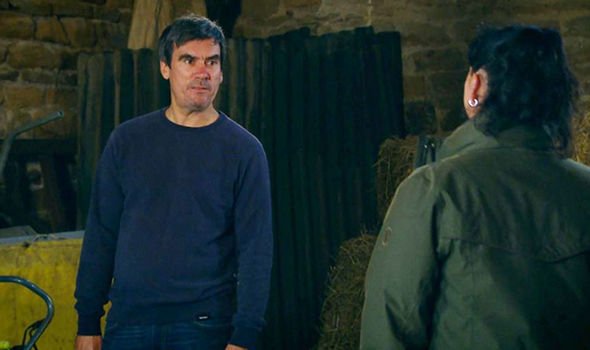 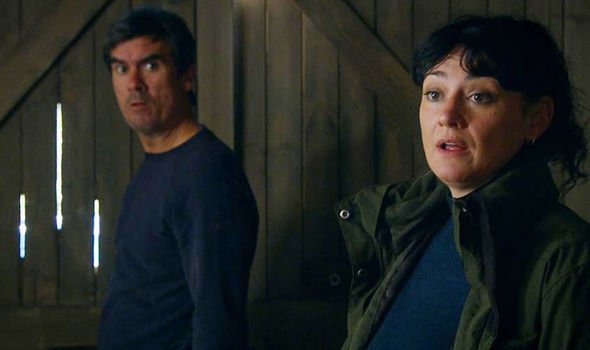 She had to put to the back of her head

With MacKenzie living in the village and reminded of her past, Moira could finally admit her sins to her estranged husband.

Speaking to Express.co.uk and other publications, actress Natalie, 45, teased her character could be hiding yet another dark secret from her past.

“It’s something that I think that she had to put to the back of her head and bury it really and she has for a very, very long time.”

Asked if her past affects her life in the present day, the soap star added: “I think definitely, in some ways, yes.”

“I think the reason why she had children so early was to do with her past, to try and create her own family even though she has lost a few members of that now,” Natalie explained.

“I think she definitely felt some sense of being able to create her own security as a result of it,” she continued.

Could it be she wanted a family so if her deadly crime was ever revealed, she had some experience of what it was like to be a mother?

Whether a deadly secret is divulged or not, the pair will have to face up to the past they share together as part of a romantic relationship.

Speaking about the episode in the barn, Cain star Jeff, 50, said: “It was really good because the writers have the history of Cain and Moira’s relationship to draw on.

“And it was a really lovely episode. I hope the audience will go along with it. I hope they enjoy it and see what happens in that locked barn scenario.”

Discussing a possible reunion, the actor teased: “I think he could, but in his heart, and where he is now, I don’t think there’s going to be anyone else for him.

“In the life we’ve seen for Cain in Emmerdale, Moira’s the only person who has made him feel like this. He had a strong bond with Charity but that was more of a young love thing, whereas this is the real deal.”