Belle (played by Eden Taylor-Draper) has had a rocky couple of years on Emmerdale, and not more so than when she was manipulated, tortured and traumatised by serial killer and boyfriend Lachlan White (Thomas Atkinson).

After the horror was over and Lachlan was finally exposed and locked up in prison, Belle decided to leave the village for a while and go and stay with her mum Lisa Dingle (Jane Cox) in Scotland.

Upon Belle’s return, it wasn’t long before another harrowing trauma came her way and Lisa revealed she was suffering from terminal cancer on the ITV soap.

Belle was filled with regrets over how much time she’d gotten to spend with her mum, and it was made even worse when the Dingle matriarch died unexpectedly on her wedding day to Zak (Steve Halliwell).

In tonight’s episode, Zak told his son and Belle’s half-brother Cain (Jeff Hordley) that Lisa had left another parting gift before she died, but had been unable to get things properly set up and tell her family due to her untimely death.

“Lisa left a gift for Debbie and Belle,” he said. “For them to go up there… a garage in Scotland.”

“Why would Debbie want a garage in Scotland?” Cain asked sharply, clearly worried about saying goodbye to his daughter again.

But Cain wasn’t quite convinced, and he asked Zak to hold off on the exciting news. 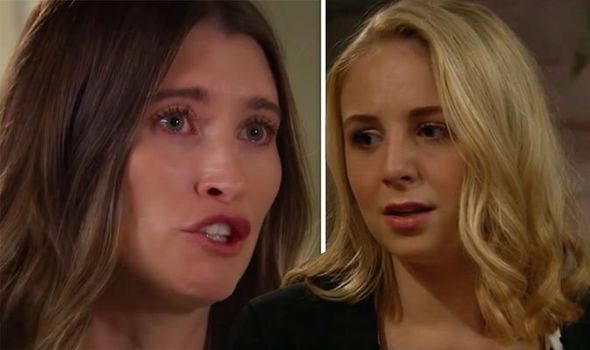