Home » TV » Emmerdale spoilers: Kim 'holds all the cards' as she prepares to destroy Will

Emmerdale spoilers: Kim 'holds all the cards' as she prepares to destroy Will 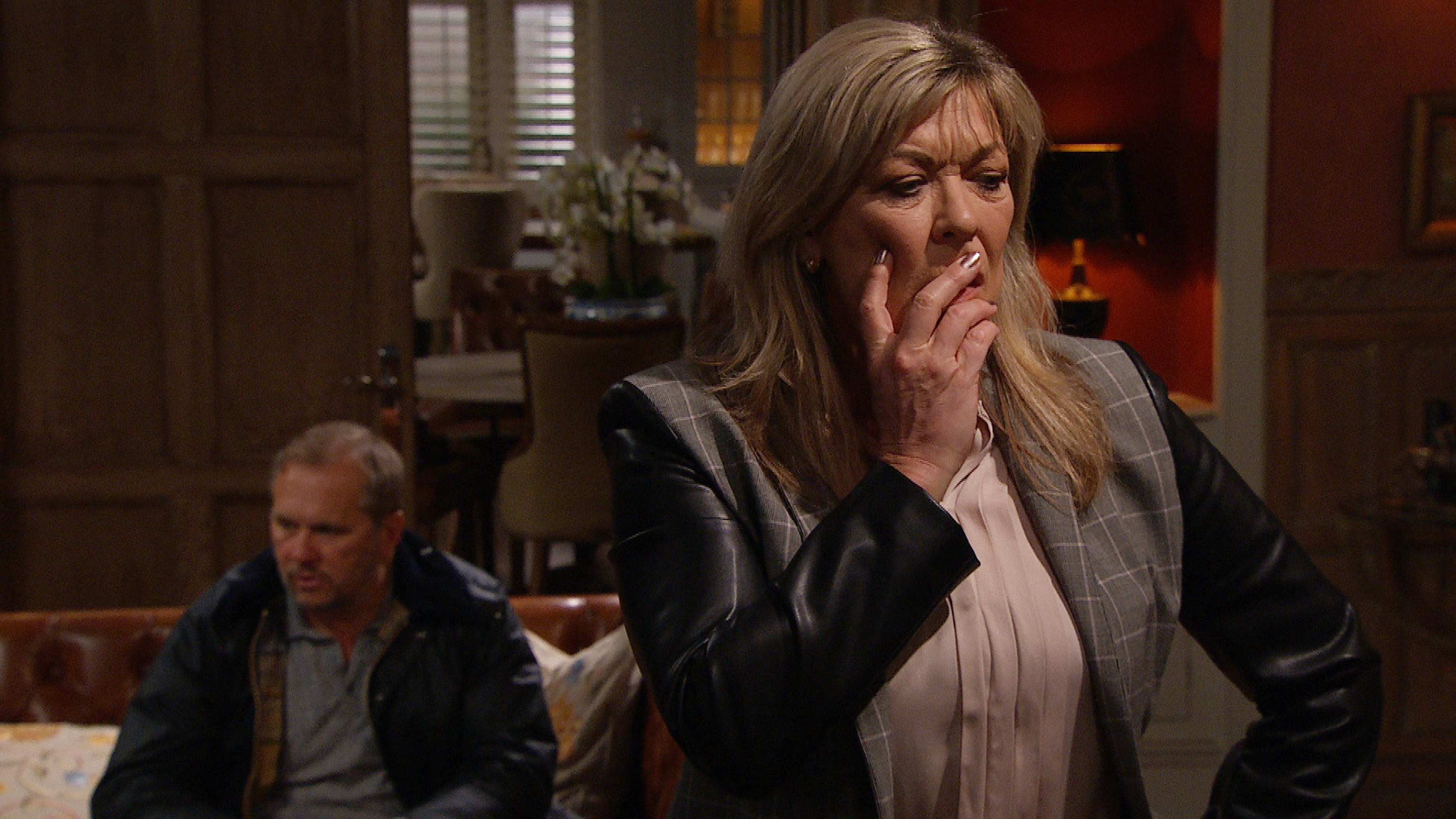 Where there’s a will there’s a way – and if Kim’s lover were to ever cross her, the Home Farm villain would have the ammunition to destroy him.

When Will (Dean Andrews) is forced to confess that DI Malone’s body is buried under her land, Kim is stunned. And Claire King, who plays her, has revealed that her scheming alter ego holds ‘all the cards’.

But when will she detonate her unexploded bomb – and will her feelings for Will complicated things?

Discussing how Kim discover’s Will’s darkest secret, Claire exclusively told Metro.co.uk: ‘Will has a huge concern because of this anxiety. Kim calms him down and demands what has been going on. He has to tell her eventually, she is shocked to the core, she can’t believe her.

‘She is told by Will that he killed him and buried him. It’s on her land so she is implicated and she is not a happy bunny about that. He thinks she is going to dob him in to the police but Kim doesn’t want to put him back in prison.

‘She has a choice to make by which time Will wants to get out as soon as he can.’

So Will should be worried that Kim has this over him should he ever upset her?

‘Oh absolutely – Kim is holding all the cards here in terms of Will. It was a policeman who was killed so Will could be in serious trouble. He had better fight or flee.’

However, Claire was keen to add that Will has got through Kim’s barriers so for now he might be safe – until he breaks her heart!

She smiled: ‘Kim doesn’t let her guard down very often but when she does, she really does like she did with Dave Glover and Graham. I think because of the way Frank treated her, she was an adornment for Frank so that’s why she has defences up.

‘But Will stands up to her when he needs to, he’s firm and she likes that about him. Also there can be a nasty side to him and they have both experienced life in prison – he is appealing to Kim. They’re not dissimilar.’