It looks like the game is up for Emmerdale resident Mandy Dingle (Lisa Riley), as Vinny (Bradley Johnson) finally finds out Paul Ashdale (Reece Dinsdale) is actually his dad next week. Will the fearful mum end up fleeing the village after the truth comes out and Vinny isn’t able to forgiver her?

The teen is in for the shock of his life next week as he discovers the truth about his mystery family tree.

Fans will remember that Mandy was forced to come clean to the Dingle clan about Vinny not being her biological son.

She adopted him and raised him as her own after his dad abandoned him as a baby all those years ago.

And while the pair have lived a happy life since, a shadow from their past returned to throw a spanner in the works not so long ago. 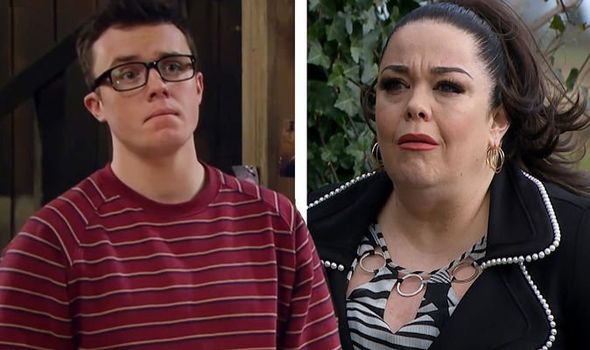 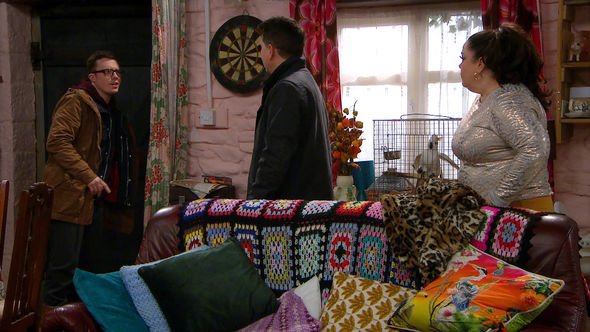 Paul showed up in the Dales last month looking to rekindle his relationship with his son.

With Mandy furious he’s now decided to take an interest in Vinny’s life, she banished him from the village with the excuse that Vinny no longer lived there.

But little did she know he has been secretly seeing his son on the sly, posing as a guy called Alex.

Managing to secure a job working at the scrap-yard to spy on his estranged son, it was only a matter of time before someone let the cat out the bag. 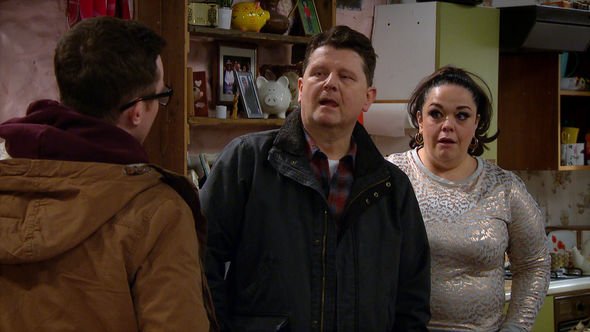 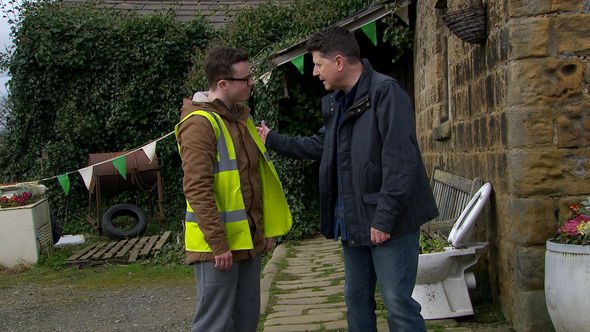 And as the ancient secret finally surfaces, it can only end with disastrous consequences.

As Vinny and Paul’s alter-ego get to know each other, Mandy and Lydia Dingle (Karen Blick) are under the impression the teen spending all his time with a new girlfriend.

Meanwhile, Paul has managed to successfully pull off his cover and deceive Vinny, but he accidentally puts his foot in it next week while at the Dingle’s farm.

By making a careless comment suggesting he already knows Mandy, Vinny is left confused and his suspicions begin to grow.

With Mandy’s track record of dodgy dealings, it’s only natural Vinny would think the worst.

Pushing him for an answer, Paul does his best to cover his mistake but it doesn’t wash.

By making a quick escape before the truth is exposed, a seething Mandy tricks Paul into meeting her and while criticising him for lying to Vinny, she orders him to stay away or else.

But this only heightens tensions.

After Vinny disturbs a conversation between Paul and Mandy, she does her best to come up with an excuse before Paul confesses his real identity.

Feeling betrayed by both his mum and “friend”, Vinny leaves and Mandy worries she’ll have lost him forever.

If Vinny can’t forgive his mum for lying, will she end up leaving the village?

Will she ever be able to face the truth?