Vinny (played by Bradley Johnson) returned to Emmerdale recently alongside his “mother” Mandy Dingle (Lisa Riley) with the pair getting up to no good. It’s fair to say they’re hiding more than a few secrets and with actress Lisa, 43, revealing the newcomer isn’t related to her character earlier this week, more twists in the story are yet to come. However, could the most unexpected turn of events see viewers learn Vinny’s real mother is one of the ITV soap’s most beloved characters?

When he made his first appearance in January, it was speculated the youngster was the love child of returning Dingle icon Mandy and her ex-husband Paddy Kirk (Dominic Brunt).

The mother assured the vet her son wasn’t his child, finally putting his mind to rest but leaving viewers wandering who Vinny’s father really is.

It seems the newcomer is willing to help the troublemaker with her mischievous money making schemes, with the pair embroiled in a robbery plot and the teenager also providing Robert Sugden (Ryan Hawley) with a fake passport to flee the village following his own drama.

Upcoming scenes will see the relationship between the pair explored as Mandy will reveal her partner in crime isn’t her child, leading to suggestions someone a lot closer to the infamous clan could be his mother. 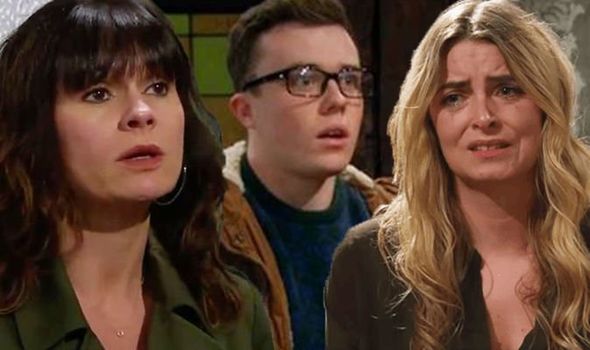 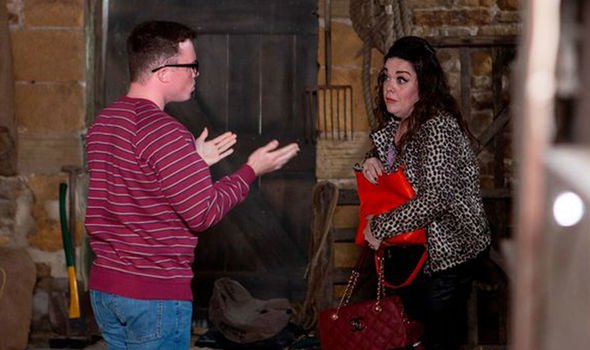 In heartbreaking scenes earlier this year, Sam Dingle’s (James Hotton) fiancée Lydia Hart (Karen Blick) had to face the demons of her past as it was revealed she gave birth to a son years before arriving in the village.

However, having given birth to the child alone, Lydia discovered her baby had died and later went to bury the corpse in nearby woods.

The adopted member of the Dingle family has since been trying to move on but may have to revisit the harrowing memory once more as it could surface Vinny is her long lost son.

Taking to Twitter, fans have been speculating the identity of the youngster and have theorised he could be related to the B&B cleaner. 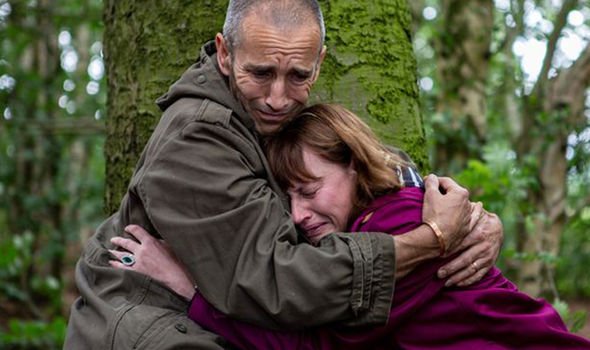 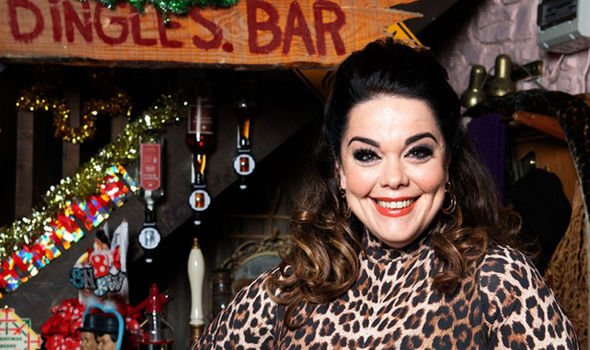 One wrote: “Easy. Lydia’s son,” to which another added: “I think it is Sam Dingle’s wife-to-be baby.”

Debunking the theory, a third posted: “They identified the bones they found as her baby so unless they think we’ve short memories can’t be her son,but nothing they do now would surprise me.”

In the world of soap, anything could happen, so could it have been the trauma of birth and losing a child have made Lydia forget she gave birth to twins?

Like Amy Wyatt (then played by Chelsea Halfpenny) did when she gave birth to son Kyle in 2011, the young mother could’ve abandoned her son on a strangers doorstep before going to bury her other baby.

Executive producer Kate Brooks has teased the Dingle clan will be at the centre of this year’s Christmas episodes.

Speaking to Inside Soap, the soap boss said: “We have a few tricks up our sleeves with some twists and turns.

“On Christmas Day, a lot of secrets will be unpacked and families thrown into disarray.

It’s very family-centric, big on drama with explosive revelations, relationships unraveling, and people getting together. There is a lot going on!”

Could one of the explosive revelations be Vinny will be exposed as Lydia’s missing child?

Remember, Mandy did try and pass herself off as her cousin’s wife-to-be in order to get her hands on some inheritance money, so could she have known the connection all along.

Hinting at the newcomer’s mystery identity, Lisa told The Sun: “Who is he? Even I’m yet to find that out – it’s all still to unfold.

“Who is his mother? That’s the big question – will it be a cast member, we just don’t know,” the soap star teased.