Vanessa (played by Michelle Hardwick) had a lot to deal with as Friday’s episode of Emmerdale got underway, having discovered her girlfriend Suzy Merton (Martelle Edinborough) played a part in Leyla Harding’s (Roxy Shahidi) overdose. Having had enough of hearing excuse after excuse from her partner, Vanessa decided to seek some support from her friend, Rhona Goskirk (Zoë Henry). However, the ITV soap favourite walked in on her friend arguing with her mother, Mary Goskirk (Louise Jameson), about the pass the pensioner made on the village vet.

Earlier this week, a drunken Mary tried to kiss Vanessa as her daughter’s friend showered her with compliments.

Feeling lonely and with no one to love, Mary acted on her inhibitions but Rhona saw the whole thing and was furious with her mother.

After arguing at the start of Friday’s episode, the pair were sat in silence by the time Vanessa arrived to see them.

Walking into the awkward atmosphere, Vanessa remarked: “No wonder Marlon is sat outside. He said you’d been arguing all morning and now it’s a sponsored silence, is it?”

Wanting to apologise for what happened, Mary stood to her feet and said to the village vet: “Vanessa, I am so embarrassed.” 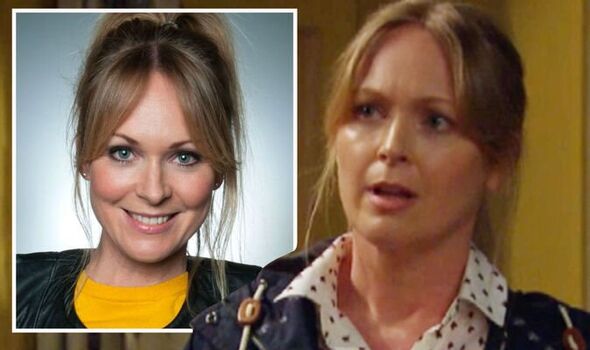 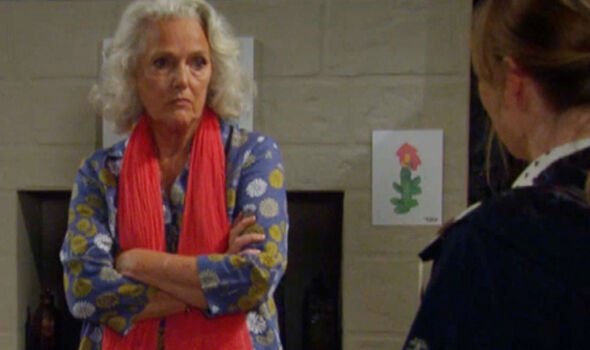 Vanessa replied: “Oh, Mary, please. It’s all forgotten, well it is by me anyway. Rhona, it was just a drunken pass, we’ve all been there.”

A furious Rhona added: “Tell me that when your mum tries to stick her tongue down my throat.”

This seemed to be a hint someone from Vanessa’s past will soon make their way to the village as her mother is hardly ever spoken about.

Although Rhona might have thought she was just making a passing comment, she and her friend could be shocked when the matriarchal figure arrives.

However, Vanessa might not be best pleased to see her mother as she knows this will resurface some dark memories about when she was younger. 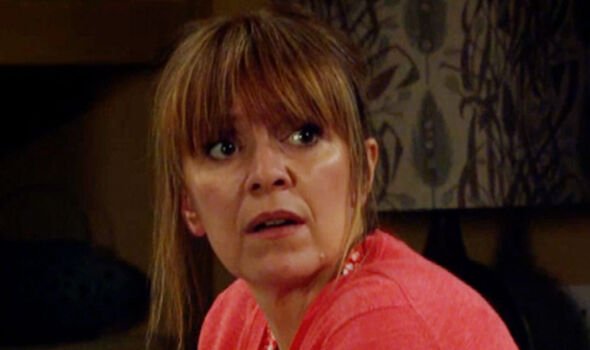 We’ve all been there

It’s been known there was a mother figure in Vanessa’s life following Frank Clayton’s (Michael Praed) introduction to the show in 2016.

He was the father of Vanessa and her long-lost sister, Tracy Metcalfe (Amy Walsh), and he struggled with the fact he left his children when they were younger.

Vanessa didn’t notice the difference as when she was 10 years old, her mother married someone else and became Mrs Woodfield.

Whilst she tried to fit into the family picture, Vanessa couldn’t help but resent Frank for ripping the family apart.

She could have also been angry with him as if he had stayed with her mother, her dark past might never have happened.

With Mrs Woodfield so happy in her marriage to Mr Woodfield, he would never do anything wrong in her eyes and would prioritise his needs instead of Vanessa’s.

As Vanessa became a little bit older, her stepfather could have made it clear she was not welcome and forced her to move out of the family home.

Her mother would have turned a blind eye and this is when Vanessa would have gone to college and met Rhona.

This would have led Vanessa to meet Mary, who became like a mother figure to her as she and Rhona would always spend time together.

Unfortunately, when Vanessa was diagnosed with bowel cancer and needed to take some time away from the village, she would have turned to her own mother for support.

As Vanessa recovered from her treatment, she and her mother could have argued like cats and dogs about Mr Woodfield, who would have died.

With Charity Dingle (Emma Atkins) having cheated on her at this point, Vanessa could have felt she had to stay with her mother.

The moment she felt well enough and strong enough to confront her ex, Vanessa would have made her way back to the village.

This would have been towards the end of last year but she might not have told her mother where she was going.

Therefore, her mother could arrive in the village having not heard from her in over eight months and she would have been worried about what happened.

The village vet could confront her mother, telling her there is no way they could ever have a relationship as she keeps defending her dead husband.

In an emotional heart-to-heart, Vanessa’s mother could explain she was afraid of being alone after Frank walked out on her.

Mr Woodfield was willing to provide her with a life she had always wanted and didn’t want to do anything which would cause them to split.

She could apologise to her daughter for letting her down and she could explain she will stay in the Dales to rebuild their relationship.

Will Vanessa accept this hand of friendship from her mother?

Emmerdale airs weekdays at 7:30pm on ITV, with an hour-long episode airing on Thursdays.