Season five of Fear the Walking Dead is set to show the survivors fighting off a huge new walkers threat in nuclear walkers.

However, the tone of the AMC series is set to shift from simply surviving and fighting to one of hope and unity.

Morgan epitomises that shift to unity as he is set to unite the Fear team after Madison Clark’s death in season four.

Star Lennie James spoke to Screen Rant about the show’s shift in tone about his new role amongst the survivors as the leader and the inspiration for his leadership style taken from Rick Grimes (played by Andrew Lincoln).

He revealed: “He has to start to make a choice about if he’s going to take that on, how might he take it on.

“And I think the way that he’s decided to take it on is by learning from the two obvious men that happen to be in his life that have taught him anything, and that’s Rick and Eastman.

“The premise of Eastman’s philosophy being ‘All life is precious,’ I think that Morgan has kind of taken that on, or he’s already taken it on, but in this environment there’s a positive thing.

“If we’re going to be alive, let’s be alive adding something positive into the world because we don’t know how much longer we’re going to be here. Everybody in this group is aware of how immediate death can be, and he wants whatever is in between today and death to at least be them trying to walk in a positive direction, to help folk.

He also spoke about how they can use their skills to do good.

He added: “They know how to survive. That’s one of the other things that I’m really enjoying about and looking forward to this season. It was true in The Walking Dead and it’s true here: we’ve now been alive and made it. We’re the survivors, very much the survivors. 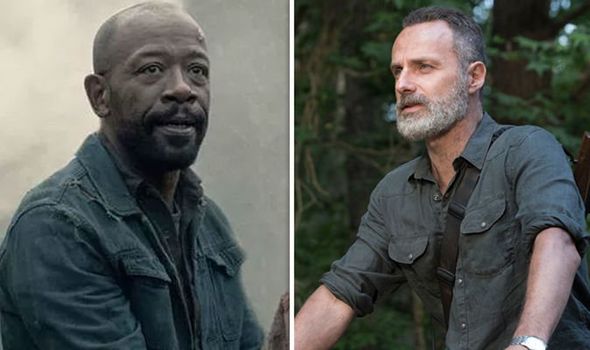 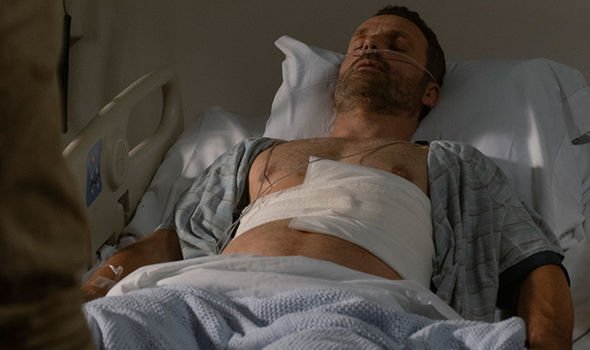 Start to rebuild this strange and interesting world

“We now know, if we didn’t know before, how to kill the walkers, how to walk amongst the walkers, what to do at night, what your checks are first thing in the morning, where to find food, obvious places to look.

“We have a certain set of skills, as it were, and I suppose we’re trying to figure out how best and most positive we can share that with others and start to rebuild this strange and interesting world.”

How the tone is shifted has yet to be determined given they face the deadliest walker threat yet and the series has been based on shocking deaths and violence.

One way they could shift the tone is by rescuing and helping new survivors in the Fear world.

Dwight (Austin Amelio) is set to join Morgan in crossing over from The Walking Dead and he may be helped by Morgan and his team. 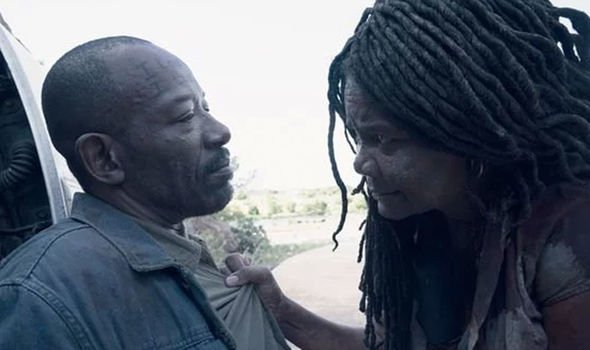 Morgan crossed over for season four of Fear the Walking Dead and has become an integral part of the show.

Dwight was banished by Daryl Dixon (Norman Reedus) in season eight of The Walking Dead and told never to return.

Meanwhile, Rick could also be about to crossover in a huge clue teased by the showrunners.

Rick was last seen in season nine of The Walking Dead when he left the communities in a helicopter.

Fans will have to wait to find if he returns and crosses over to Fear the Walking Dead.

Fear the Walking Dead returns to AMC on June 2 and AMC UK the following day.