'Friday Night Lights': What Is the Main Cast Doing Now?

Though the show revolves around the life of a high school football coach and his players, the show is about more than just football.

The show’s main focus has always been on family. Coach Taylor and Tami Taylor were the couple you wanted to be and the parents you wished you had. Nearly a decade after the show ended, many of the show’s stars have found tremendous success in Hollywood.

Here’s what some of your favorites are up to now. 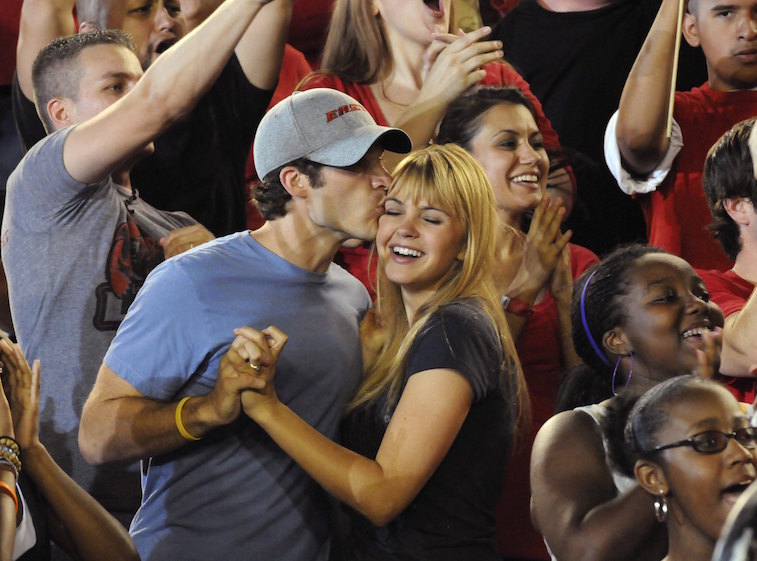 It’s only been bigger and better for Kyle Chandler since the Friday Night Lights finale. After the show ended in 2011, Chandler appeared in several movies including Zero Dark Thirty, The Spectacular Now, and Game Night.

However, the actor’s most critically acclaimed role came in 2015 when Chandler starred as John Rayburn in the Netflix original series Bloodline. Chandler earned two Emmy nominations for the role adding to his previous two nominations and one win.

Currently, the Buffalo native is starring opposite George Clooney in the Hulu limited series Catch-22 based on the Joseph Heller novel of the same name. Chandler will also appear with Stranger Things star Millie Bobby Brown in Godzilla vs Kong, scheduled to be released next year.

Earlier this year I went to the InStyle Awards wearing a very short dress. I was a little nervous about it, wondering if people might just point fingers saying “really sweetie, at your age?” Here’s what happened instead. @LauraBrown99, the Editor in Chief of @InStylemagazine hoisted me onto her lap (this is a thing she does) and said “I’m going to put you in our beauty issue for your LEGS!” I had my doubts as so often things said at parties on laps are not what you want to hang your hat on am I right? But here I am, legs and all, in the May issue! This by the way, is really the story of what a progressive anomaly Laura is in the world of fashion. She is a breath of fresh air, fun as they come stalwart truth teller. To me she is the antithesis of everything that used to intimidate me about the fashion world. Thank you Laura for being the effortless inspiration that you are. And thank you @instylemagazine for all the fun! Had the best time in my short skirts that day! @creightonbowman @elaineoffers @jessicaderuiter @christinelennonplus2 @alexanderneumann

The Boston native followed up Nashville playing 9-1-1 dispatcher Abby Clark for one season on the Fox drama 9-1-1. Britton is currently starring as Ally in the Showtime series SMILF.

Zach Gilford played the sweet and hardworking quarterback Matt Saracen. Though Gilford has struggled to find the success he had on Friday Night Lights, the actor has had several TV shows over the years.

Gilford currently has a recurring role on the NBC comedy Good Girls. He has also appeared in four episodes of LA’s Finest with Jessica Alba and Gabrielle Union.

After playing troubled fullback Tim Riggins on Friday Night Lights, Kitsch went on to have a successful movie career. In 2012, Kitsch starred in the Disney film John Carter. He followed that up starring opposite Liam Neeson in Battleship. Battleship reunited Kitsch with Friday Night Lights creator Peter Berg, who directed the movie. He also starred in 2013’s Lone Survivor opposite Mark Wahlberg.

Most recently, Kitsch starred in the mini-series Waco. He is set to appear in the television series Shadowplay.

Michael B. Jordan joined the cast of Friday Night Lights in 2009. Since landing the role of Vince Howard, Jordan’s star has exploded. The actor played in several movies after leaving the show, but 2015 was the year when Jordan would make it big.

In 2015, Jordan played Johnny Storm in Fantastic Four. Later that year, the actor got everyone’s attention when he played Adonis Johnson in the Rocky Balboa film, Creed. He reprised his role in 2018.

2018 was also the year that the actor starred in HBO movie Fahrenheit 451. That year, Jordan earned his first Emmy nomination for his role in the HBO film. Jordan has three movies on deck – Just Mercy, Without Remorse, and Wrong Answer are all in various stages of production.