American Sports Story is a scripted anthological limited series focusing on a prominent event involving a sports figure and re-examines it through the prism of today’s world, telling that story from multiple perspectives.

Written by Stu Zicherman (The Americans), the untitled first installment is based on the podcast Gladiator: Aaron Hernandez and Football Inc from the Boston Globe and Wondery. The limited series charts the rise and fall of NFL superstar Aaron Hernandez and explores the connections of the disparate strands of his identity, his family, his career, his suicide, and their legacy in sports and American culture 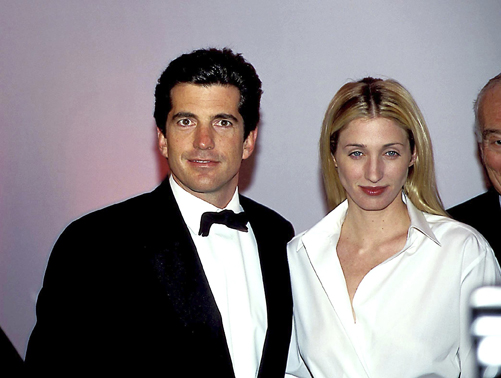 American Love Story is a scripted anthology series of sweeping true love stories that captured the world’s attention. The first installment depicts the whirlwind courtship and marriage of John F. Kennedy Jr. and Carolyn Bessette. What started out as a beautiful union for the young couple, widely regarded as American royalty, began to fray under the stress of the relentless microscope and navel gaze of tabloid media. The pressures of their careers and rumored family discord ended with their tragic deaths when his private plane crashed into the ocean on a hazy summer night off the coast of Massachusetts.

“When Ryan Murphy came to us with these two spinoffs and the stories for American Sports Story and American Love Story, we immediately jumped at the opportunity,” said John Landgraf, Chairman of FX. “What began with American Horror Story has spawned some of the best and most indelible programs of our generation, most notably American Crime Story which created a beautiful partnership between Ryan, Brad, Nina and Brad. Their alchemy and the way in which they construct these stories is done with such care, such clarity and such dimensionality that creates the magnificence that is The People v. O.J. Simpson, The Assassination of Gianni Versace and Impeachment. We can’t wait to see what comes next.”

Dana Walden, Chairman of Entertainment, Walt Disney Television said, “More than a decade ago, Ryan Murphy expressed interest in expanding the American Horror Story model to be able to tell different ‘American’ stories, which have long captivated so many of us. It was a brilliant idea. Adding these new installments to the franchise will enable Ryan, Brad, Nina and Brad and their talented teams to tackle riveting stories outside of the horror and crime genres. This group has done a truly amazing job of examining situations we think we know everything about and making us realize that there was so much more there than what we had been told. Many of us at 20th Television, FX and FXP have worked together on this franchise since the very beginning and it has been a privilege. It’s been an incredible partnership and collaboration and we’re looking forward to these new chapters.”

Murphy is repped by CAA and Craig Emanuel of Paul Hastings. Jacobson, Simpson and Color Force are reppd by CAA and Ziffren Brittenham. Zicherman is repped by UTA, Mosaic and McKuin Frankel.