Fans will remember the moment the Night King prepared to kill her brother Bran (Isaac Hempstead Wright) in the Battle of Winterfell, which then saw Arya quickly stab him in the heart with her Valerian steel dagger.

However, one eagle-eyed fan thinks the move could have been anticipated long ago in one of George R.R Martin’s many secret clues littered among the text.

Taking to Reddit, user QueenSalsaFan referenced the writer’s comments on the character’s name.

The user said: “’I wanted something that was like a knife,’[Arya] he added, possibly alluding to the character’s assassin training.

“That was a sharp and hard sound to contrast to the flowery Sansa.”

Could this have foreshadowed Arya’s storyline and character all along?

Moreover, this could suggest Arya was been made to kill the Night King and end the battle from the beginning with the book referencing a sharp object, which fans will remember was used to kill the evil villain.

Fans were quick to speculate that writer George R.R Martin’s character names were no accident.

One user added: “I wonder if GRRM looked into the meanings of his characters’ names when he was choosing them (especially the Stark kids). 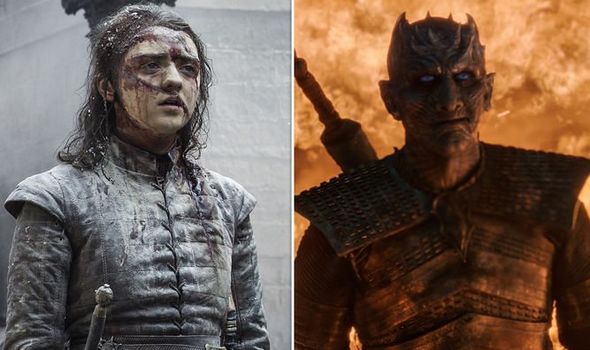 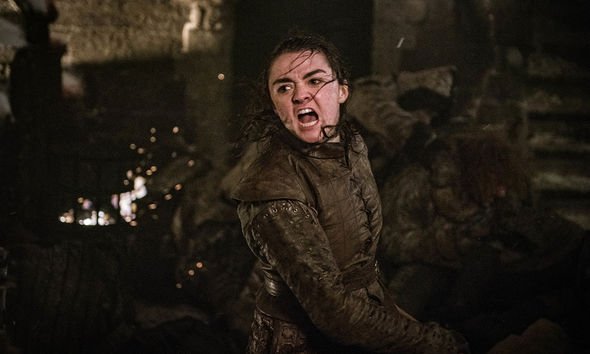 “…Arya means “noble” (her story has some elements of the noble fugitive trope) in Sanskrit, Robb (or Robert to be more precise) means “bright fame” (which The Young Wolf certainly has even after his death) in some Old Germanic languages.

“Not so sure about Jon and Rickon but the above examples seem to be rather curious.”

Indeed, Arya has always been known as a noble warrior ever since the early seasons, so it seems there is no accident in choosing her name and the reference to the “knife”.

The theory comes after fans noticed something strange about the season one scene where Daenerys Targaryen (Emilia Clarke) was cruelly tricked into killing her unborn child.

Taking to Reddit, user Bahrain-fantasy said: “When Dany tells Mirri Maz Duur that she thought she meant the horse would pay for Drogo’s life. She responds ‘No, that was only a lie you told yourself. You knew the price.’ 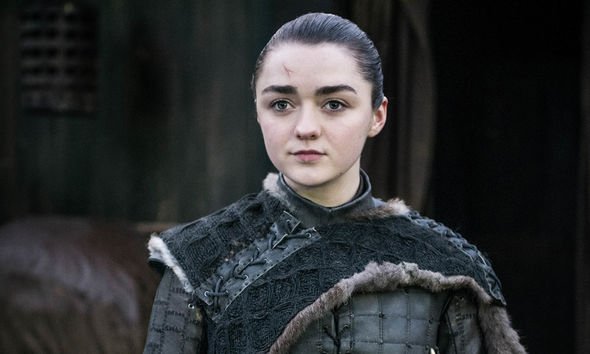 “Dany then doubts herself and in the same chapter ‘she could feel Rhaego receding from her, as if he had never been’. Which led me to believe that maybe Dany knew all along.

“What do you think? Did Dany know she was buying Drogo’s life with her son’s?”

The theory divided fans, with some claiming her innocence and others speculating she was in on the plan.

Some users agreed she traded the life of her son for Khal Drogo’s referencing the book.

However, some believe she was too naive to have known the dark meaning behind the spell.