Game of Thrones fans were shocked to the core when Arya Stark (played by Maisie Williams) killed the Night King (Vladimir Furdik).

The the thrilling third episode, titled The Long Night, saw the villain stride his way through Winterfell without really facing any challenges.

When Jon Snow (Kit Harington) took a run at him, he merely raised the dead and continued on his mission to get to Bran Stark (Isaac Hempstead Wright).

In fact, the only confrontation he really had was with Theon Greyjoy (Alfie Allen), but fans will recall the wannabe hero was slain in his tracks.

However, according to director Miguel Sapochnik, the Night King was supposed to get his hands very dirty.

The production member told IndieWire previously how they simply had to cut the scene as it wouldn’t have been as tense as the final edition.

Miguel said: “There was an extended battle sequence where you saw the Night King fight. Very long.

“There was a whole bunch of stuff that was going to happen.

“But when we got there, not to shooting, but in the process of prep, you start to prioritise what’s important, and this is a micro-version of what we’re just talking about.”

He went on: “At the end of an 80-minute battle, do I really care if the Night King’s got some fancy moves with his spear? Do I really give  a s**t about that? 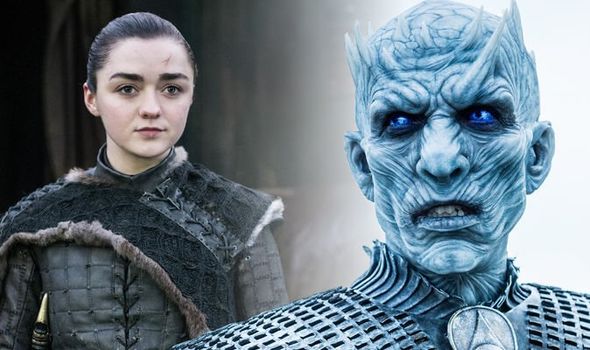 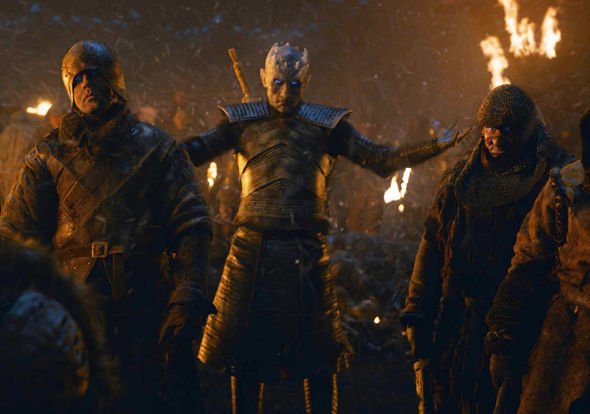 “What I care about is this moment which for me I really enjoyed doing and watching where Theon, Bran, and the Night King stand in this surreal, fairy tale-ish kind of landscape…

“That’s got more punch to me than now the Night King does some fancy staff moves.”

Should the Night King’s fight scene been left in, who would he have battled with?

The obvious answer is probably Jon, who has gone head-to-head with a White Walker previously.

What’s more, many thought it was pretty shocking they didn’t do battle in season eight, episode three. 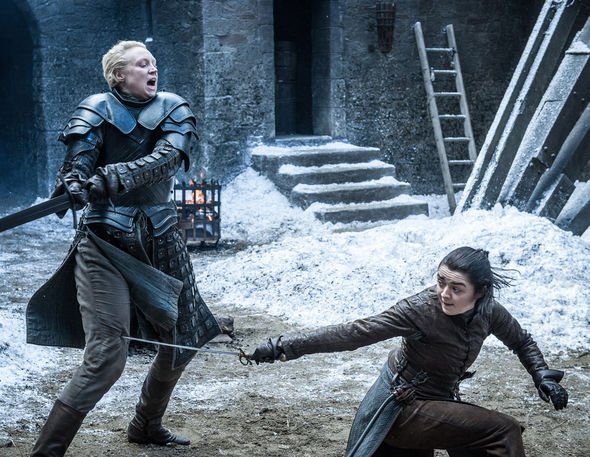 Perhaps fans could have seen Arya go head-to-head with the Night King a little more.

Although she successfully killed him, it all seemed rather easy. She too learned to fight throughout her time on Game of Thrones, so why couldn’t she have one last fight scene?

Her teacher from season one could have foretold her epic finale in a scene everyone missed.

Many think the Faceless Men used Syrio to recruit Arya after they chose her as the one to end the Long Night.