Game of Thrones fans were pleased to see an ending where Sansa Stark (played by Sophie Turner) came out on top. After saying her goodbyes to her siblings, Sansa returned to Winterfell where she was crowned Queen of the North.

However, it seems the writer had a very different storyline in line for the new Queen after his original plot was recently uncovered.

However, things soon turned sour after his evil ways were revealed when he beheaded her father Ned Stark (Sean Bean) after claiming he would show mercy.

The marriage plans were soon scrapped after Sansa’s family were deemed traitors to the King. 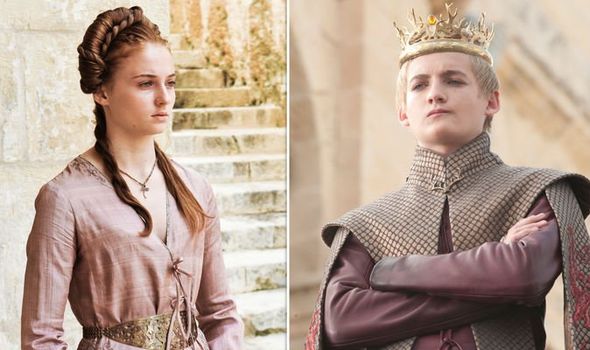 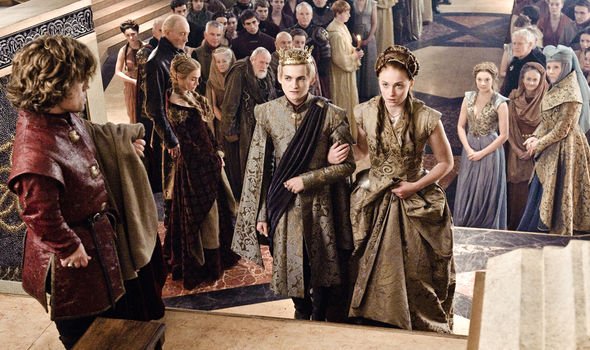 However, in George RR Martin’s leaked pitch from 1993, Sansa was a willing defector from the Starks.

Moreover, the author even envisioned the two having a child together.

The outline read: “Each of the contending families will learn it has a member of dubious loyalty in its midst,” he wrote.

“Sansa Stark, wed to Joffrey Baratheon, will bear him a son, the heir to the throne, and when the crunch comes she will choose her husband and child over her parents and siblings, a choice she will later bitterly rue.” 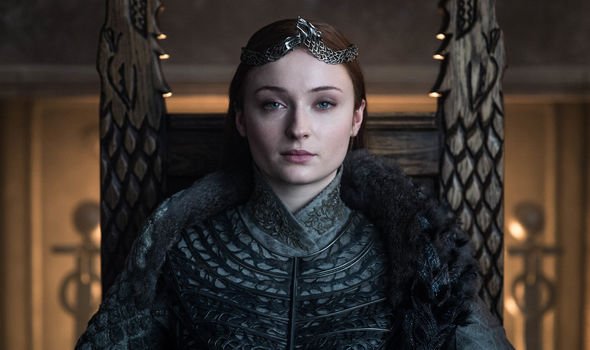 However, the plot never came to life.

In the show Sansa was scared of Joffrey and longed to escape his cruelty.

She was then remarried to Ramsey Bolton (Iwan Rheon) who abused her terribly before she wreaked her revenge and fed him to her own dogs.

Fans enjoyed seeing Sansa’s character transform from a spoilt child to a cunning leader, but what if the transformation never happened?

Game of Thrones: Why Jaime Lannister had to die with Cersei [THEORY]

The plot could have seen Sansa remain Joffrey’s spoilt bride, which is hard to imagine after seeing the strong leader portrayed in the HBO fantasy.

The scrapped storyline revealed that Jon Snow would succeed his uncle as the commander of the Night’s Watch, and the pair will fall in love after the family seek refuge at the wall.

However, Jon’s true parentage was to set them free.

The outline read: “Wounded by Lannister riders, they will seek refuge at the Wall, but the men of the Night’s Watch give up their families when they take the black, and Jon and Benjen will not be able to help, to Jon’s anguish.”

This is said to leave bad blood between Jon and Bran Stark (Isaac Hempstead Wright).

The author continued: “Arya will be more forgiving… until she realizes, with terror, that she has fallen in love with Jon, who is not only her half-brother but a man of the Night’s Watch, sworn to celibacy.

“Their passion will continue to torment Jon and Arya throughout the trilogy, until the secret of Jon’s true parentage is finally revealed in the last book.”