Gloria Henry, the Mome on 'Dennis the Menace,' Dies at 98 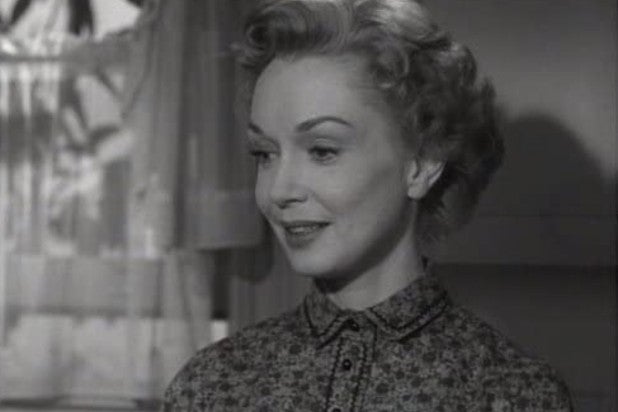 Gloria Henry — the actress best known for playing Alice Mitchell, mother of Dennis Mitchell on the 1959-63 sitcom “Dennis the Menace” — died on Saturday. She was 98.

“It is with great sadness to let of all my dear and amazing mother’s fans know that she passed peacefully,” her son, Adam, wrote in a Facebook post. “Please raise a glass and a toast to our beautiful mother Gloria Henry for a life well lived.”

Born Gloria Eileen McEniry on April 2, 1923 in New Orleans, she began her acting career in the early 1940s after moving to Los Angeles as a teenager, where she adopted her stage name, Gloria Henry. In 1947, she made her film debut co-starring in the horse racing drama “Sport of Kings.” Other credits from her early career included two films with Gene Autry — “The Strawberry Roan” and “Riders in the Sky” — as well as the Lucille Ball romantic comedy “Miss Grant Takes Richmond” and Fritz Lang’s “Rancho Notorious,” along with various B-movie and television appearances throughout the 1950s.

She landed the role of Alice Mitchell on “Dennis the Menace,” CBS’s sitcom based on the popular comic strip, in 1959 and remained on the show throughout its entire run. Following the show’s cancellation, Henry continued to act sporadically, making occasional TV and film appearances. Her last credit is the 2005 film “Her Minor Thing.”