GMB: Ben Shephard jokes about his age as he celebrates birthday

With Sunday’s deadline for Brexit trade talks edging ever closer, there still remains a great deal of uncertainty as to whether the UK will leave the EU with a deal intact. In fact, Prime Minister Boris Johnson yesterday was quoted as saying it’s a “strong possibility” the UK leaves without a deal, something GMB hosts Shephard and Hawkins were keen to put to Mr Dowden this morning.

And it didn’t take long for the debate to take a rather tense turn with both ITV presenters cutting off the MP a number of times.

Especially when there was confusion over whether the UK was aiming for an Australian or Canadian style trade deal.

‘What the Prime Minister said is that we’re still aiming to get the free trade deal,” Mr Dowden insisted.

Shephard quickly interjected, however: “Is that Australian or Canadian and can you explain the difference?” 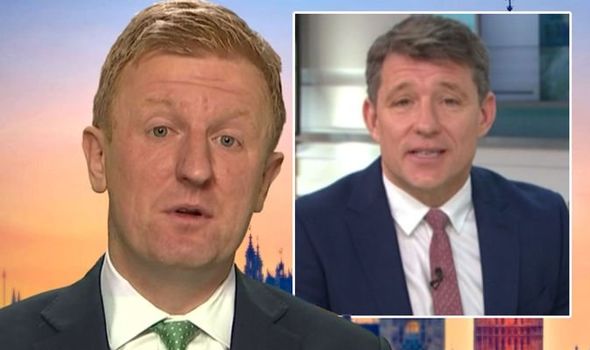 We will use your email address only for sending you newsletters. Please see our Privacy Notice for details of your data protection rights. Piers Morgan marks ‘suffering TV wife’ Susanna Reid’s 50th in bed snap

Mr Dowden tried to clarify: “What we are aiming to do is to get a free trade deal with the European Union, as Canada does and as Japan does, a Canada-style deal -“

But Shephard interrupted again, citing the fact Australia has often been referred to in recent weeks.

“So not Australia?” Ben grilled but Mr Dowden continued with his explanation.

“What we have accepted,” Mr Dowden soldiered on. “Is that we can’t accept that deal at any price. 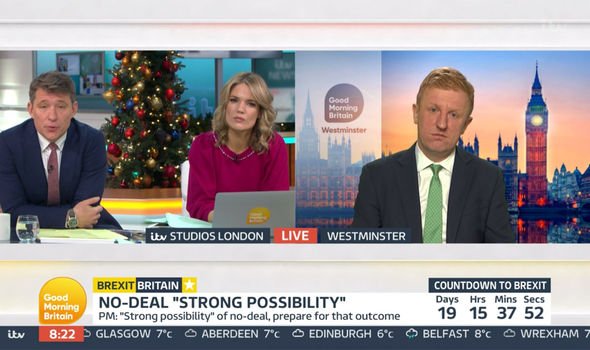 “There are two areas where we’re concerned about, first of all being able to control our own fishing waters. There’s no country in the world that surrenders control of its fishing waters.

“Secondly, to be able to set our own rules and regulations. In all other free trade deals, there are no restrictions that say if one country increases its rules, in this case, the European Union, the other country, in this case, the UK, has to increase them otherwise it will face consequences.

“If we can resolve those and I think we’re 90 percent of the way there, we’ll get the Canada-style deal.

“If we don’t bet it, then the point we fall back to is the Australia style relationship,” he told the GMB hosts.

Hawkins then stepped in and cut the Culture Secretary off: “He (the Prime Minister) said we should prepare for it though?

“So is he saying that’s the thing he’s going to be aiming for? People are then confused as to what the outcome is going to be, or is he just saying that as a negotiation tactic?”

Mr Dowden reaffirmed: “No, what we are aiming for and we continue to aim for and are still pushing at the 11th hour to get is a free trading relationship with European Union.

“It would be in both sides’ best interest, they export a huge amount to us, we export huge amounts to them.

“We should have a free trade deal just as the EU does with Canada and elsewhere but we will not do that deal at any price.”