Jersey: Alex Beresford asks if it was ‘political stunt’ by Johnson

Beresford, 40, and Kate Garraway, 54, were joined on Good Morning Britain by the Conservative Party co-chairman, Amanda Milling, 46, to discuss the results of the local elections. Although the political figure wanted to celebrate the Tories’ victory of securing seats across the UK, the presenters wanted to get her take on the dispute which arose in the waters of Jersey on Thursday. With Mr Johnson, 56, sending in the Royal Navy to patrol French boats who were peacefully protesting their fishing rights on Wednesday evening, it was reported this had escalated the crisis. Giving his take on the matter, the ITV weatherman stated he saw the clash as a “political stunt” on the eve of the local elections.

Deflecting from the election coverage, Beresford said: “Fishing is very much up in the air. We saw what happened yesterday in Jersey.

“Was that a very well-timed political stunt by Boris Johnson?” the presenter asked Milling who confirmed, “it was not”.

“It was absolutely essential the Prime Minister made a decision to protect Jersey and that was what happened yesterday.

“I’m pleased we’ve got to a position of resolution and the vessels have come back to docks but it was the right thing to do,” she continued in defence of Mr Johnson.

Taking to Twitter, those watching at home commented on the show’s coverage of the matter 24 hours after the clash had occurred. 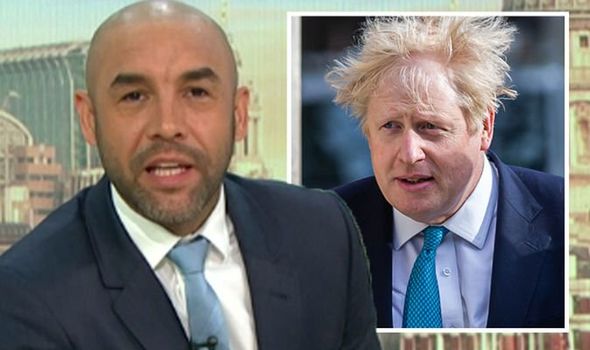 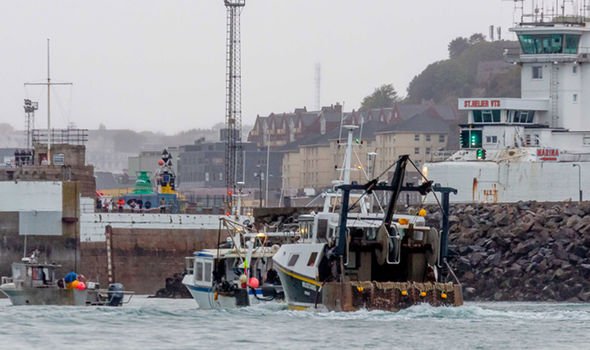 One viewer wrote: “#gmb #Jersey #ElectionResults2021 nearly at war with France yesterday. No mention today. No election today I suppose.”

“Gunships in Jersey?? It was a fishing protest, not the Falklands #GMB,” another posted on the social media platform.

Confused by who had said the comment, a third commented: “Did Kate really imply the French blockade of Jersey was an election stunt? #gmb.”

Concluding the conversation, Ms Milling said she was “pleased” the Prime Minister had deployed ships to the Channel. 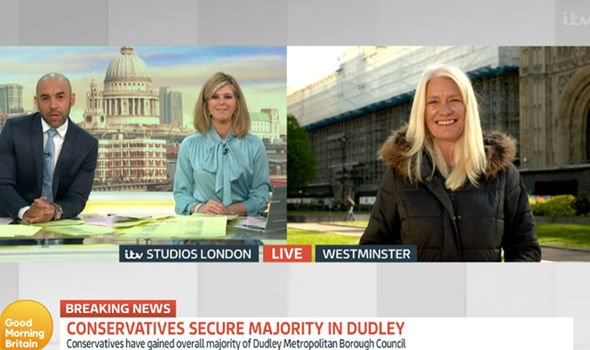 The political figure added she was also glad the situation has “now settled down” after French fishermen retreated from the Jersey harbour.

As a result of the Brexit process, authorities in Jersey rejected applications to fishing rights in the island’s waters.

All-in-all, 70 French boats ventured to the harbour to protest their rights and highlight their frustrations at the blockade.

On Thursday evening, it was reported the Prime Minister had confirmed two Royal Navy vessels would remain in place to monitor the situation. 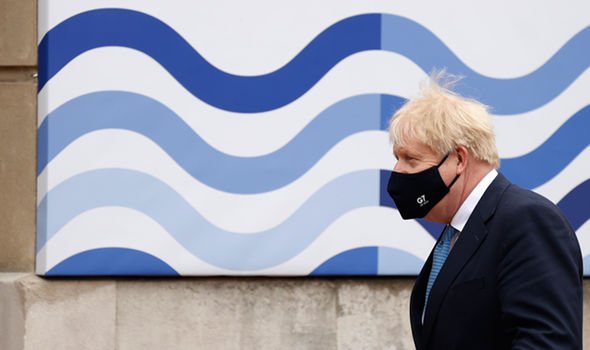 “And confirmed that Jersey Government representatives were meeting the fishermen to hear their concerns and that we would ensure that lines of communication remained open and constructive.”

Le Fondre had previously shared this gratitude to the UK for showing their support to Jersey in light of the dispute.

“We welcome the ongoing support from the Prime Minister and UK Government to achieve a diplomatic solution to this dispute,” he said.

“And we are aware that the UK are sending two offshore patrol vessels as a precautionary measure to monitor the situation in Jersey waters.

“Diplomatic efforts will continue to resolve the outstanding issues relating to fishing licences and to de-escalate the situation.”

No other developments on the clash or dispute have been reported as of Friday morning.