The series sees the 54-year-old travel to some of the most incredible and remote locations on Earth in search of culinary inspiration. 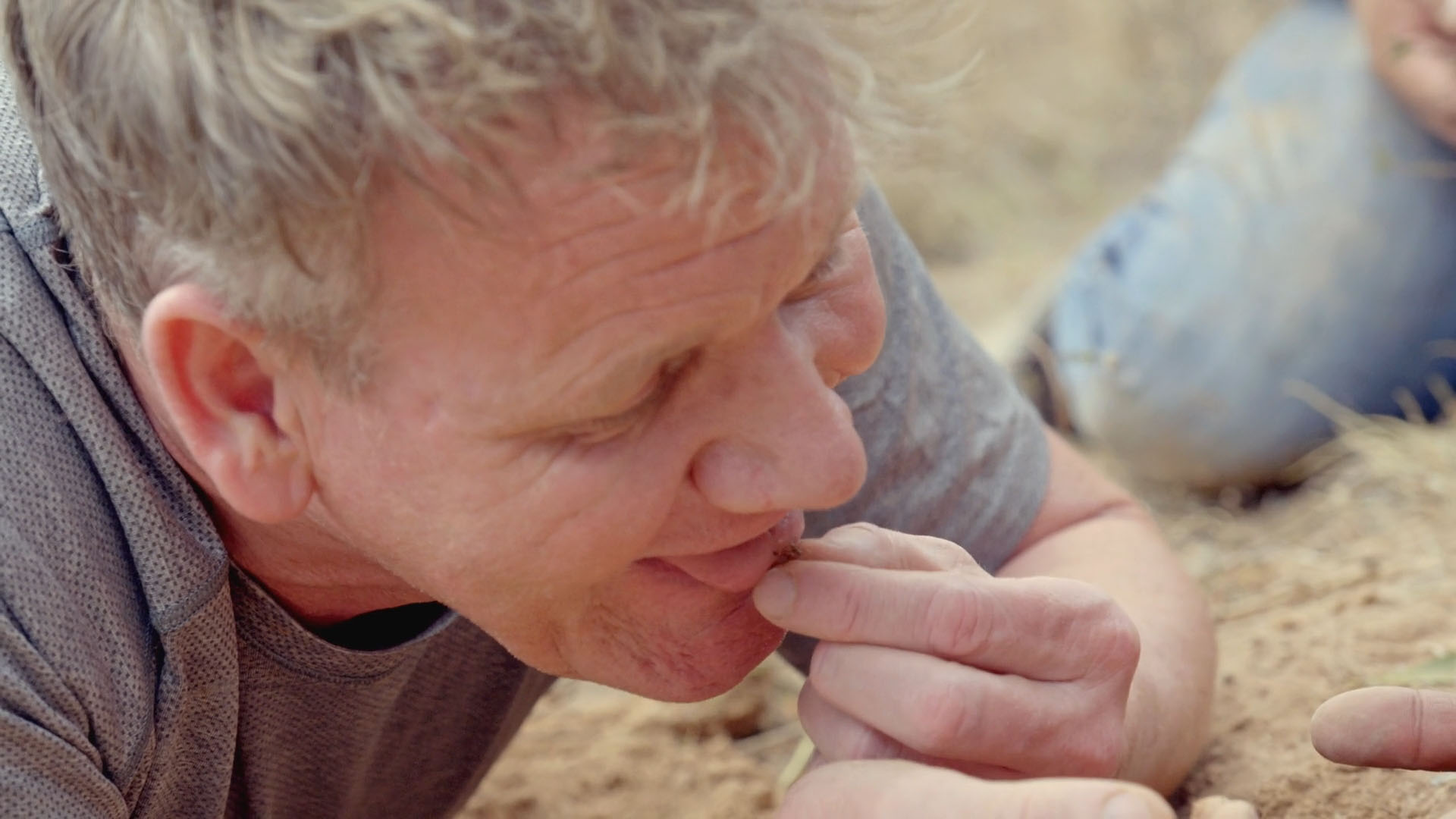 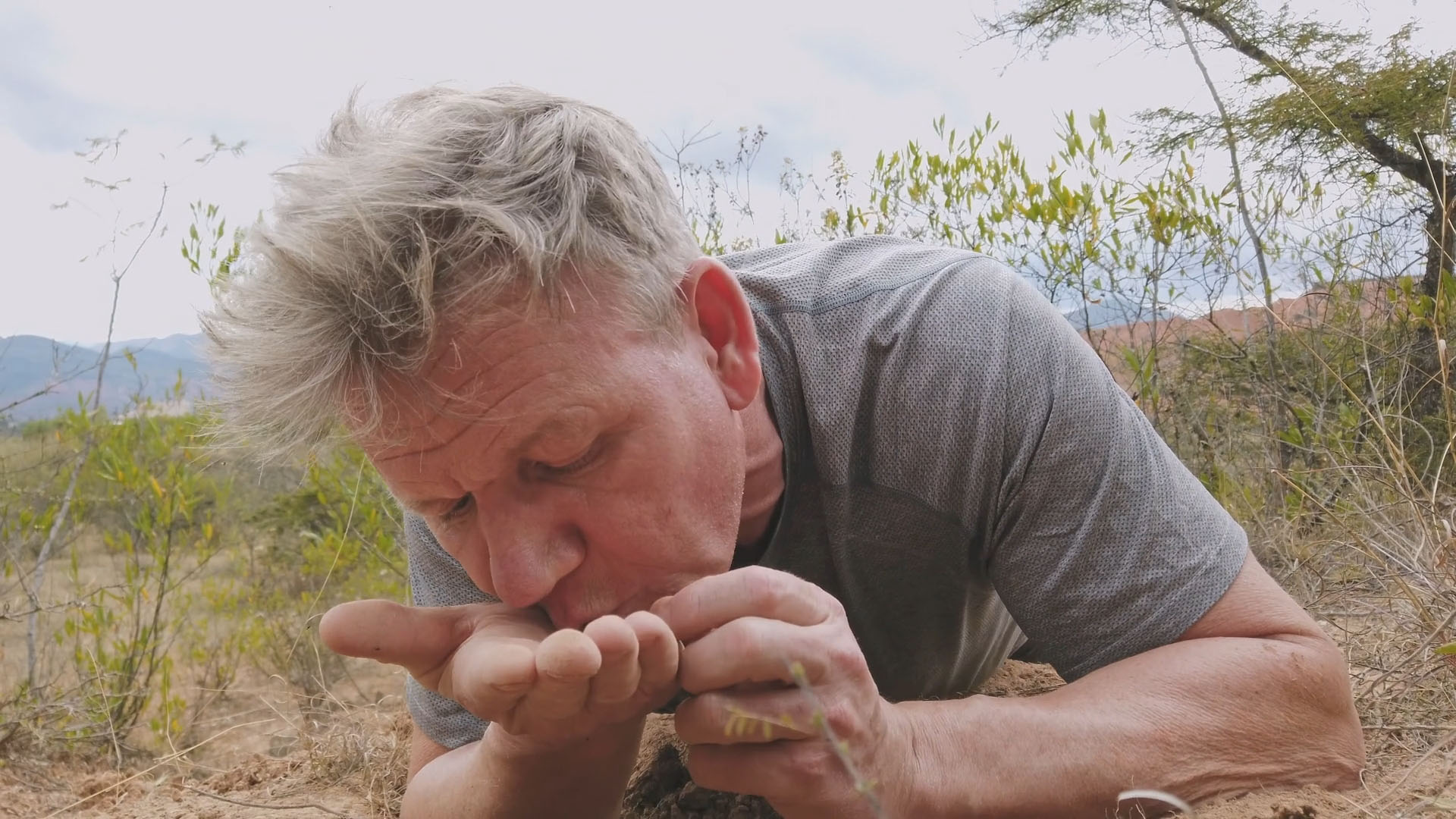 However, Gordon gets a bit more than he bargained for during a visit to Mexico's culinary capital, Oaxaca.

He’s joined by tour guide Pepe who takes him foraging in the desert and after destroying a tree stump with an axe to find worms, Pepe tells Gordon the grubs are “full of protein.”

However, Gordon is decidedly unimpressed after cooking them. He says: "This is it? No salt, no pepper? I hope they taste better than they look."

After eating one, he tells his guide:”It tasted like saw dust. Not for me.”

That isn't the end of Gordon's culinary adventure as he's then taught how to drink honey from the bulging bellies of honey ants.

He giggles:” You just suck on its sac?” before popping ants into his mouth to suck out the honey.

Earlier this month, Gordon's wife Tana looked sensational as she slipped back into the wedding dress she wore for her big day.

The cookery writer, 46, shared a video of her dancing around in the stunning white dress 25 years after she married the iconic TV chef.

Looking as beautiful as ever, Tana revealed she's been wed to her beau for 25 years and had five pregnancies but can still fit in her dress.

In the clip, she twirled around as she held her dress up slightly while smiling for the camera and laughing. 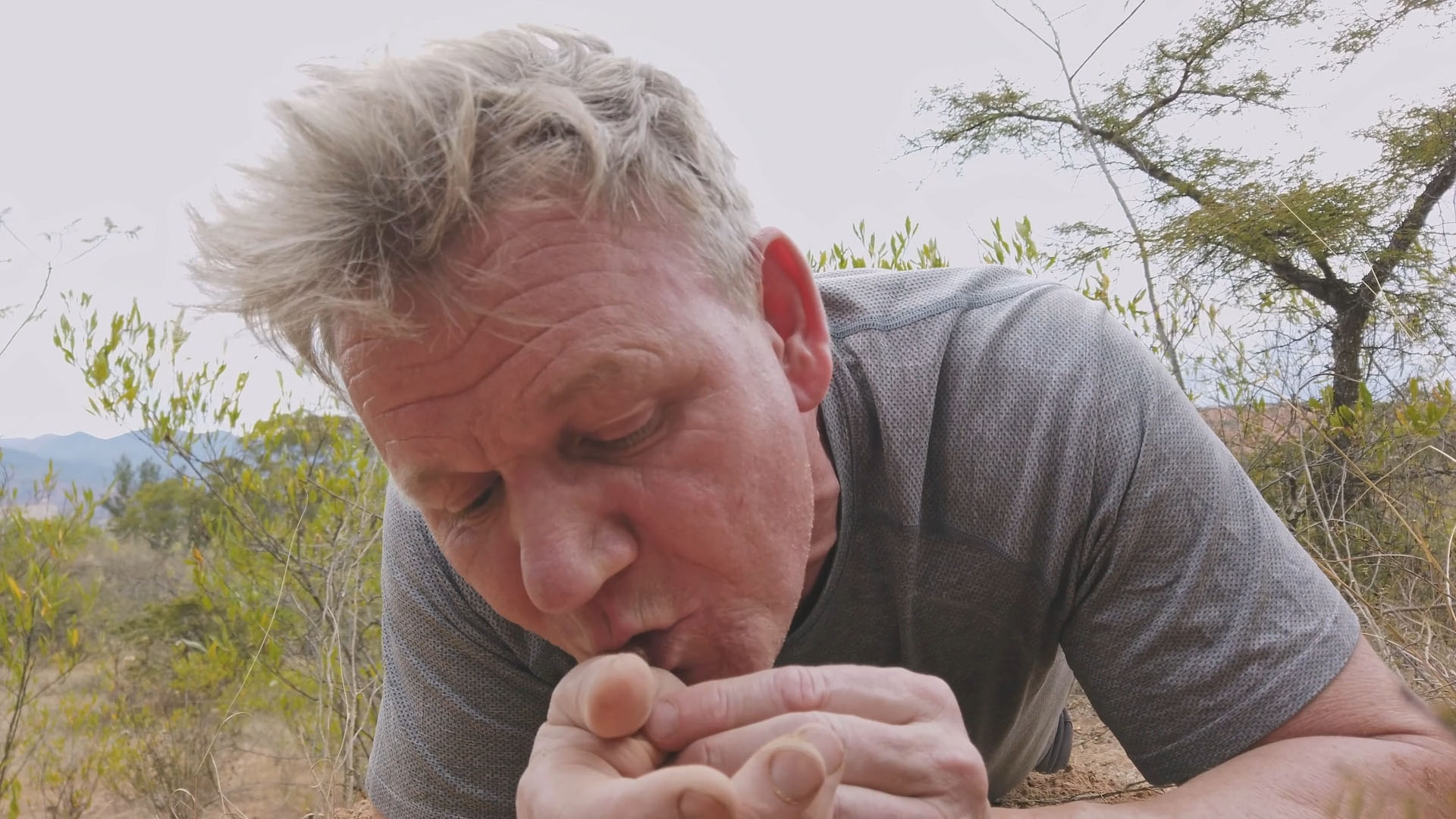 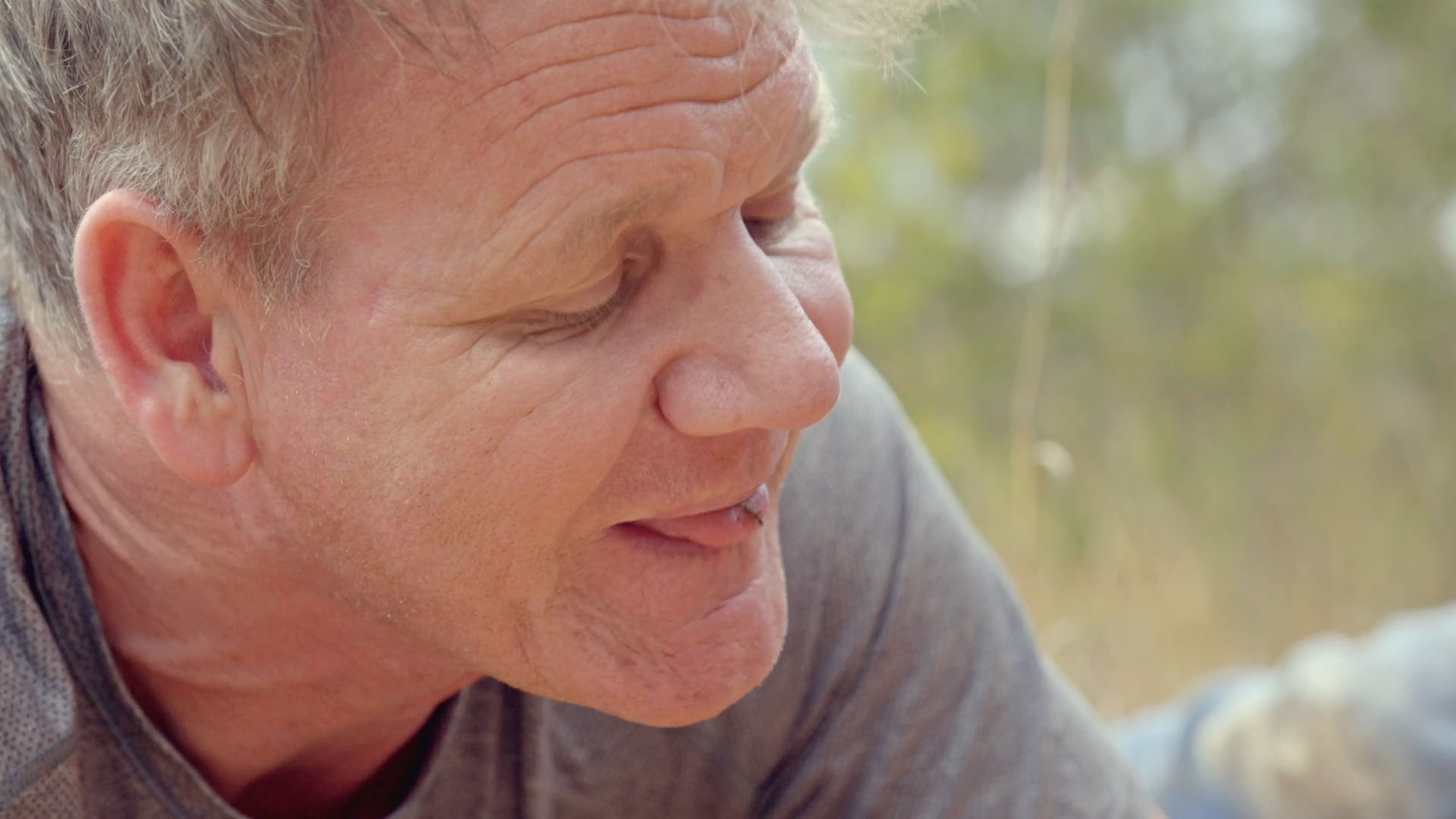