Dealing with plot holes in TV and movies has involved numerous creative methods over the years in explaining them away. Usually it involves the producers having to explain a plot inconsistency during a Q&A, or actors finding ways to explain them during interviews. Other times, it takes the fans themselves to scope them out and make a big deal on social media.

In some of those cases, the TV shows in question never bother to address their plot holes since they figure it’s just a TV show. Many viewers want more believability in their shows, though, especially when they’re culturally important.

It looks like Grey’s Anatomy is one of the latest shows to have a plot hole fans are already proclaiming as strange. This relates to the main character, Meredith Grey (Ellen Pompeo).

A seemingly minor plot hole, but maybe major in the bigger picture 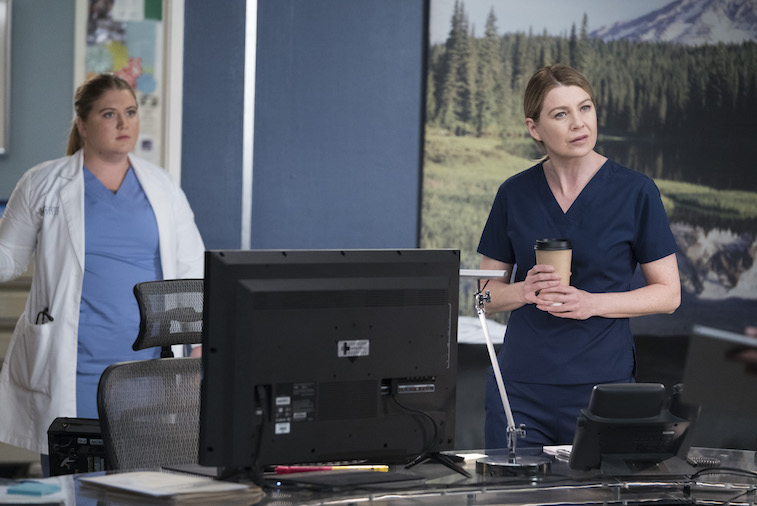 As usual, this new plot hole theory comes from Reddit where we’ve been picking up a lot of interesting thoughts related to movie and TV pop culture. This one involves Meredith Grey having won a Catherine Fox Award, a fictional award on Grey’s and given to the most prestigious surgeons in the field.

According to Meredith, nobody else at Grey-Sloan Hospital can ever win one of these awards, and yet she did win one herself. A Reddit user called this out and wondered whether this is an overlooked plot point or if there was a logical explanation behind it.

While the above name of the award is the formal title, it’s usually known as the Harper Avery Award, named after the surgeon who started the ceremony. Due to a sexual harassment claim against Avery, they were renamed to the Catherine Fox Awards. Meredith Grey happened to win the Harper Avery in 2017, making her one of the few recipients, including her own mother (Ellis Grey).

However, no resident at the hospital has been nominated or won recently, ultimately confusing some viewers. There might be a logical reason for this based on an action Meredith took with her awards.

There was an apparent rule change

One Reddit user pointed out the reason no one else other than Meredith had won the Avery award was due to some apparent rule changes. You might remember Meredith initially returned the awards she and her late mom won because former thought they were useless. After an award name change, she took them back.

You can see the logic behind these character sentiments since the Harper Avery Award was the equivalent of winning an Oscar in the Seattle medical community. Due to the tragic outcome of Avery, there was a push to dissolve the Harper Avery Foundation and rename it to the Catherine Fox Foundation.

Essentially, it was a rule change prohibiting anyone from Grey-Sloan Hospital from winning, despite no details being available on what those rule changes involved.

So was this just a writer mistake without filling in the blanks, or is it much ado about nothing?

Some staff at Grey-Sloan were nominated

Let’s keep in mind this award nominated some deserving people at Grey-Sloan, yet they were seemingly robbed of recognition. It’s here where viewers have been confused on why there would be a reference to no one winning the award when it’s meant to keep prestigious surgeons coming into the Seattle hospitals owned by the foundation.

Shonda Rhimes hasn’t addressed this, even if it does pose a deeper plot hole when you start digging deeper. With so many characters and situations to keep track of, it’s inevitable some mistakes would develop. We’ve already seen characters on Grey’s jump the shark based on seeming writing neglect.

At least the writing is still mostly astute. Perhaps we’ll see the award question addressed this season since Grey’s Anatomy probably won’t be ending until after next season at the earliest.