And you thought Wild Bill couldn’t get any better 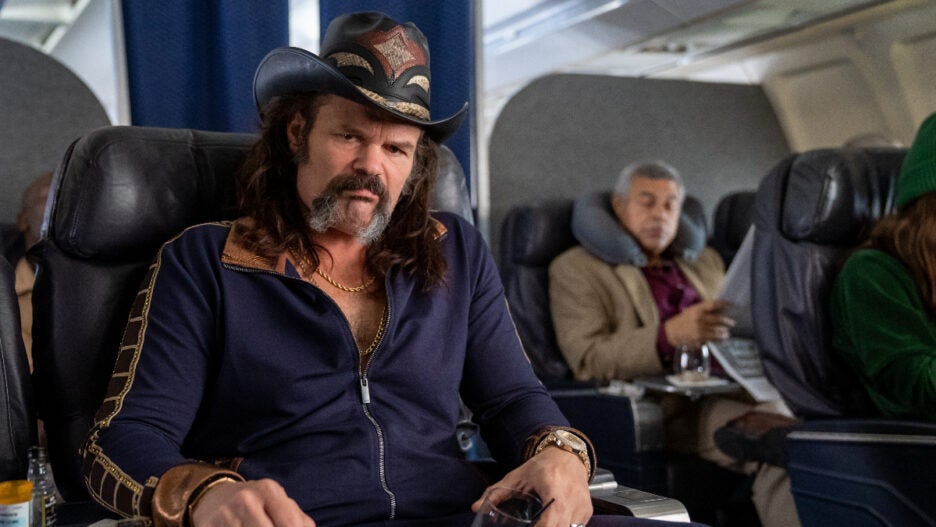 Well, that was one wild “Heels” Season 1 finale. Speaking of “wild,” should we talk about “Wild” Bill Hancock (Chris Bauer) pooping his pants during the Starz pro-wrestling drama’s main event ladder match?

Obviously, the answer is yes we should.

As a very serious journalist, I sent Bauer the following email: “Walk us through, in painful detail, how you as an accomplished dramatic actor play s—ting your pants. How many takes did you do? What was your reaction when you first saw that twist in the finale script? Have you watched it back? If so, please grace us with a grade of your pants-s—ting performance.”

The gracious alum of “The Wire” sent the following in response:

I appreciate a chance to respond to your request to report in “painful detail,” what it was like to shoot the finale when Wild Bill has “an accident” as we call it when we take my grandfather to the movies. I should’ve known the muses would be up to their synchronistic chaos when my last series was “The Deuce.” My U.S. Marshal friend always says, “There’s no such thing as a coincidence.”

Regrettably, I’m on the record as being committed to authenticity in my work, and I pridefully stand by that claim. With the permission of our generous cast and tirelessly patient crew, and the sensitive consult of a thoughtful intimacy coordinator, I thought, YOLO, and went ahead and s— myself for reals. The bottom line is, Pete Segal is a world-class director, who really had my backside here. He’s got a “been there, done that” confidence that made it very easy to just do my job.

When I first read the script and saw what would be required of me, I thought, “Damn, they never taught us this at Yale.” But luckily, a road trip to San Felipe with my bros in the ’90s taught me everything I needed to nail this scene.

I have not seen it yet, but am at an all-time high in the self-esteem department, which I can attribute to a recent inventory of my career highlights. Going topless as Ken Kesey, wearing assless chaps in “8mm,” and drunk dancing in “True Blood” are hard to beat, but s—ting myself in the glorious season finale of “Heels” is an unrivaled triumph. I’d give myself a semi-solid B.

Yep, there’s no “heel” (the pro-wrestling term for a bad guy) here. Not only is Chris Bauer clearly a babyface (a good guy, in wrestling parlance), he’s also a pretty modest self-grader. That scene was at least a B+.

And yes, Chris Bauer did graduate from the Yale School of Drama before making a mark in Hollywood in shows like “The Wire,” “Third Watch” and “The Deuce” as well as movies like “The Devil’s Advocate,” “Face/Off” and a 2007 “Neal Cassady” biopic where he played fellow Beat icon Ken Kesey.

Now, listen up, Starz executives: We’re going to need “Heels” to be renewed for Season 2, because obviously we need more “Wild” Bill Hancock.

And fine, Stephen Amell, Alexander Ludwig and the rest of the Duffy Wrestling League gang are pretty good too.