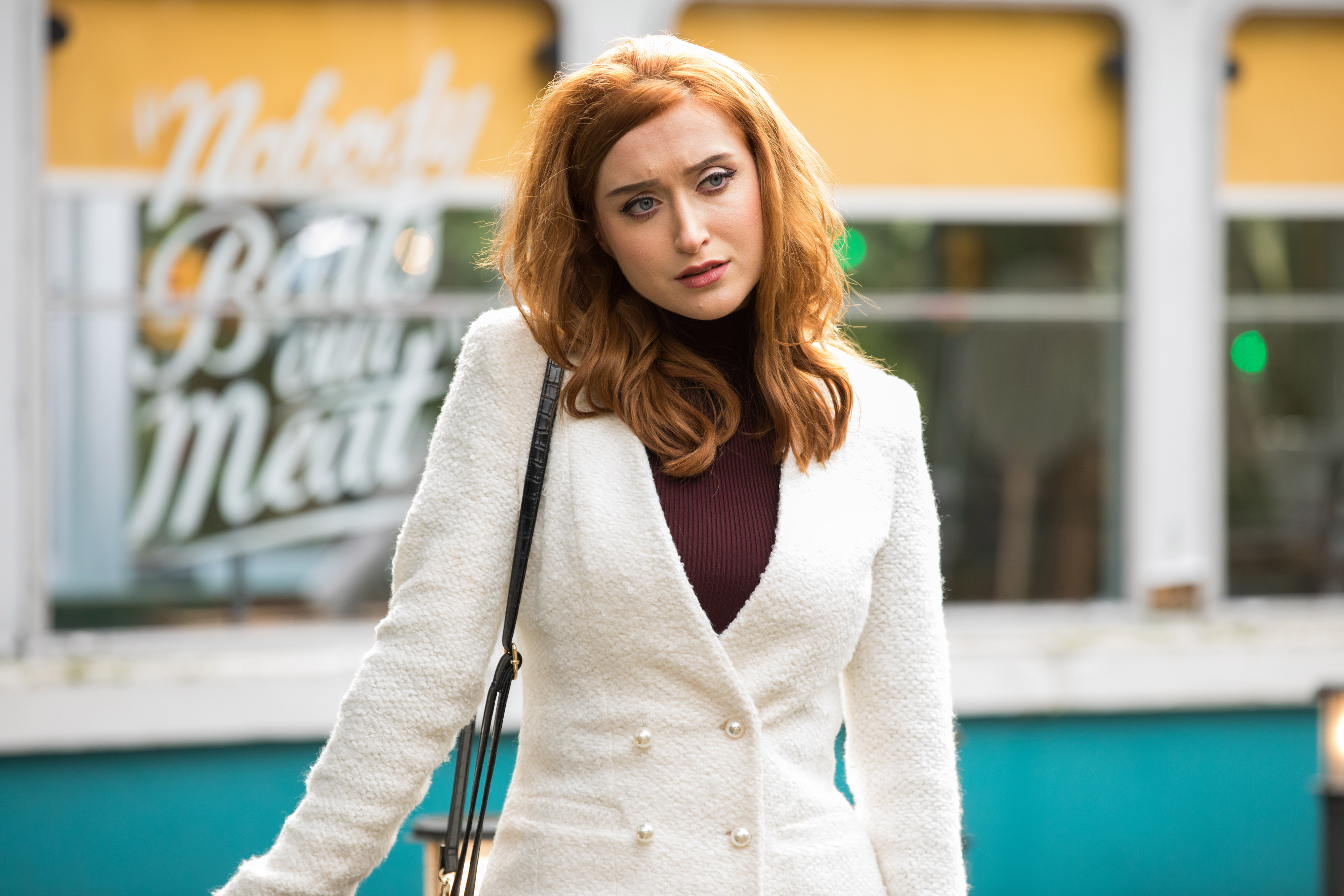 Several Hollyoaks residents have been violated in the horrific Operation Bluebird crime, which has seen cyber attacks film secret and intimate private footage in spaces that should be safe.

And Verity Hutchinson is about to discover that her world too has been invaded, with Eva O’Hara warning Metro.co.uk that the revelation will rob Verity of her confidence and identity as she fails tainted by what has happened.

The actress told us: ‘We see a very exposed Verity, she doesn’t feel like herself. She stops wearing make-up and the clothes she normally wears – she starts going around in trainers which is very unlike her.

‘You see a really raw Verity feeling like she has to cover up; it takes away from her usual personality, robbed her of her identity. She feels very exposed; she feels male attention is on her in a negative way and in the café, she feels like she is still being watched by the men in there.

‘It pervades all of her social reactions to the point where she starts to shut down.’

An emotional scene sees DS Cohen break the news to Verity that she has been a victim of the abuse.

With her world crashing in around her, Verity is numb with shock.

‘I remember these scenes so vividly with DS Cohen. It hits her like a ton of bricks,’ sighs Eva.

‘She is in complete denial and rejecting any support or any suggestions of psychological care. It’s almost to the point it seems like she is brushing it off in a slightly aggressive way which I suspect might be similar for many women in that situation.

‘It’s a form of self protection through closing off. She decides to really withhold all this from her loved ones. She feels sullied and dirty by what’s happened to her. So many victims of cyber abuse feel that they have a part to play and they’re guilty and that’s an aspect that writers have taken such care with.’

It’s a storyline which couldn’t be more topical, with shameful discourse around victim blaming as recent abuses from horrific real life murders to an increase in drink poisoning has led to a conversation on how women should protect themselves, rather than laying the blame where it belongs – with the perpetrator.

And Eva is grateful for the opportunity to raise conversation around the topic of cyber abuse, especially with the Channel 4 soap’s young audience in mind.

She explained: ‘I am absolutely so proud of this. I remember very early talks months and months ago and feeling pride in the collective effort in the team. For our young audience to be in mind for this is important – online abuse is increasing and more insidious in whatever avenue so I am glad to show it on screen.

‘It also shows the different ways of dealing with things. Verity’s reaction may not be particularly helpful to herself but it is very human and real. But we also see her getting support from the women in her life – female togetherness and support goes a long way. It’s so nice to get to work with so many other female actors in the show; the care is so high.’

You can read our full interview with Eva by signing up to our free and exclusive soaps newsletter.