Martin, 57, has been a host of Homes Under the Hammer for many years and therefore, there isn’t much that surprises him when viewing properties. The episode in question saw the BBC star travel to Fareham in Hampshire to look at several establishments which went to auction in one single lot which included a fish and chip shop, a flat, and a large storage area. However, it was the flat he struggled to get into as he had to use the assistance of a ladder to enter the home.

After viewing the shop, the presenter arrived in the courtyard located at the back of the property and the door to the flat was suspended some feet off the floor.

Martin said: “You didn’t just get the shop, you also got a two-bedroom flat above but the access to it would be easy if you could leap like a salmon.”

Looking at the entrance to the home from the ground, he added: “I can’t see any way of getting up there, other than that [points at ladder].

“That can’t be it, can it? I think it is, you know,” he told the camera before takings first steps to climb up the ladder.

“There really was only one word to describe getting access to this flat, bizarre. I haven’t got a clue what I’m going to find up here.” 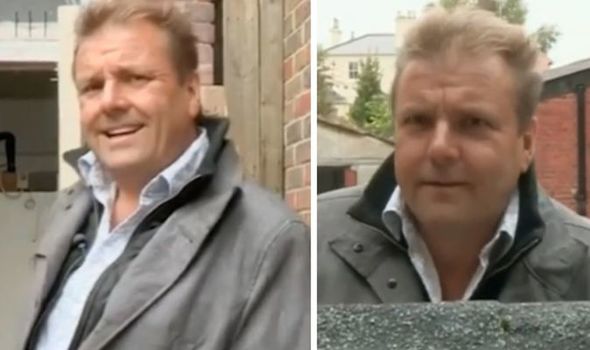 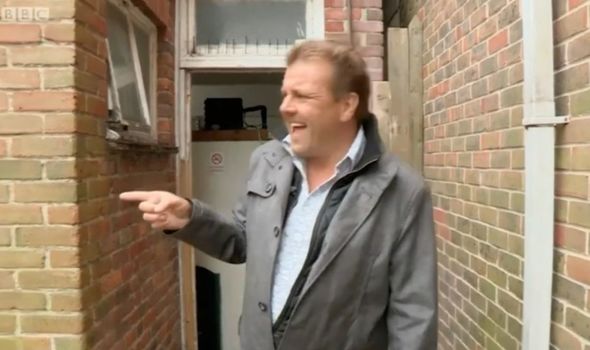 Martin opened the door and was pleasantry surprised by his first impressions of the interior of the two-bedroom property.

“How amazing, It’s actually a really nice flat. It looks like it hasn’t been lived in for a very long time,” he commented.

As he viewed the property, the presenter explained whoever bought the flat would need to invest some money into making it look a lot better.

This isn’t the first time the property expert has had a bit of a problem with getting inside of an establishment. 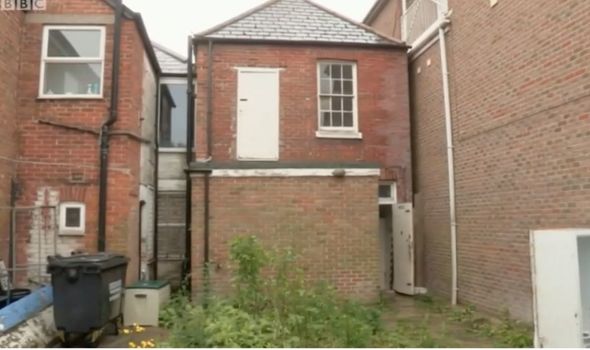 That can’t be it

The presenter arrived in North Wales to view a property being put up for auction and he was excited to get inside.

He seemed confident as he walked up to the home, telling viewers: “What do you have to pay for a house with views over this stunning part of the North Wales coastline?

“With that kind of money your expectations have got to be set fairly low,” he continued before stepping inside to inspect the interior. 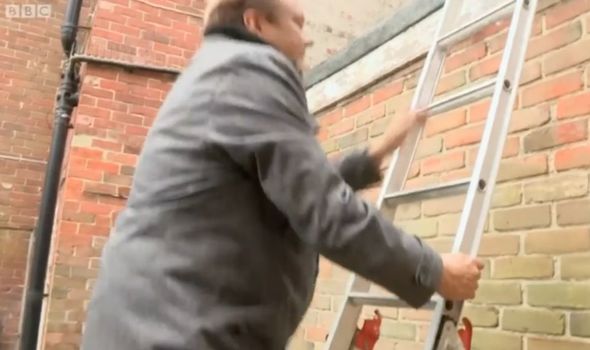 “And yet you come in through the front door and there’s this little entrance area, and then…wow,” he commented before realising there was something wrong.

It was clear Martin had analysed a different layout to a property than the one he was currently inside.

“Um, right. I think that’s another house – better move swiftly on,” he said before making a quick exit from the establishment.

It turned out he’d stepped through an adjoining door connecting the property he wanted to view and another house.

Last year’s lockdown forced Martin to stop his duties on the show and stay at home instead, something he was very unsure of.

The presenter said: “Since we started in 2003, I’ve been filming most weeks, apart from February, so this is definitely bizarre!

“One of the things I’ve been working on is my own YouTube channel, so I set up Martin Roberts’ Property Titbits.

“There’s lots of property hints and tips and advice on investing, and there’s also a huge DIY element to it,” he explained to the Dundee Born and Read Telegraph, therefore he has still been able to advise viewers on how to work on things like the entrances of their properties.

Homes Under the Hammer airs weekdays at 10am on BBC One.