HE'S been through more style transformations over the last 10 years than most musicians do in a lifetime.

And Harry Styles's ever-changing look has meant he's attracted a stream of stunners during his time in the limelight. 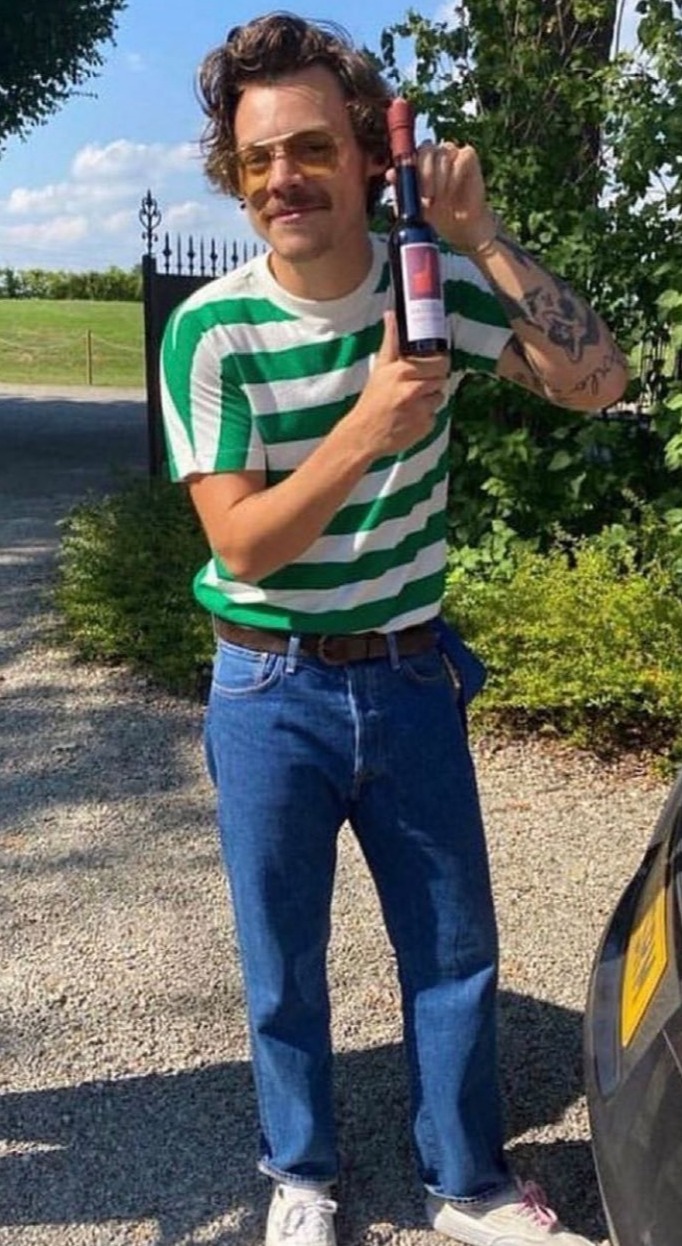 From his casual appearance with Taylor Swift, to his stylish looks with Camille Rowe and Tess Ward – and of course the man bun with Kendall Jenner – it seems the ladies that have been linked to the 1D crooner, 26, in the past are all attracted to a different style.

The latest star to have their head swayed by the singer is Pussycat Dolls star Ashley Roberts, 38, who says she has been won over by his new moustache.

Ashley explained: “He tries different things and I’m a fan of that. I think he looks cute, I’m for it.”

And dating coach & relationship expert James Preece tells Sun Online that each of Harry's looks reflect a different time in his life – telling us a lot about each of his relationships.

"As we go through life, we come into contact with new people and have new experiences," he explains.

"As such, we can choose to either fit in or stand out. Our wardrobe is constantly evolving based on the people we meet."

Harry quietly dated model Camille Rowe, 34, for just over a year from 2017, and he later appeared to heavily reference her in his 2019 song Cherry. 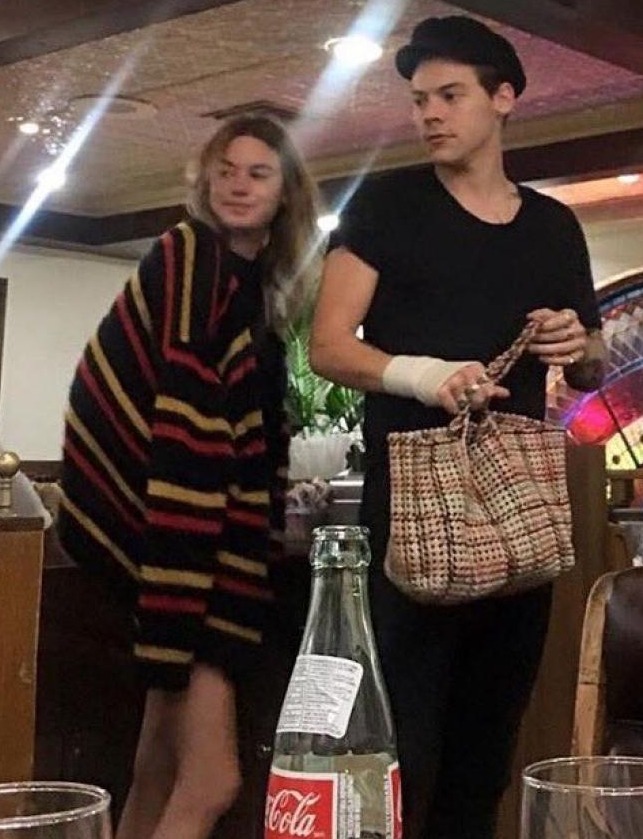 One particular line – "I noticed that there's a piece of you in how I dress" – even hints that he was influenced by her style at the time.

While the pair were together, Harry was seen embracing shorter, swept-back hair and more classic outfits – often in darker shades and blacks. 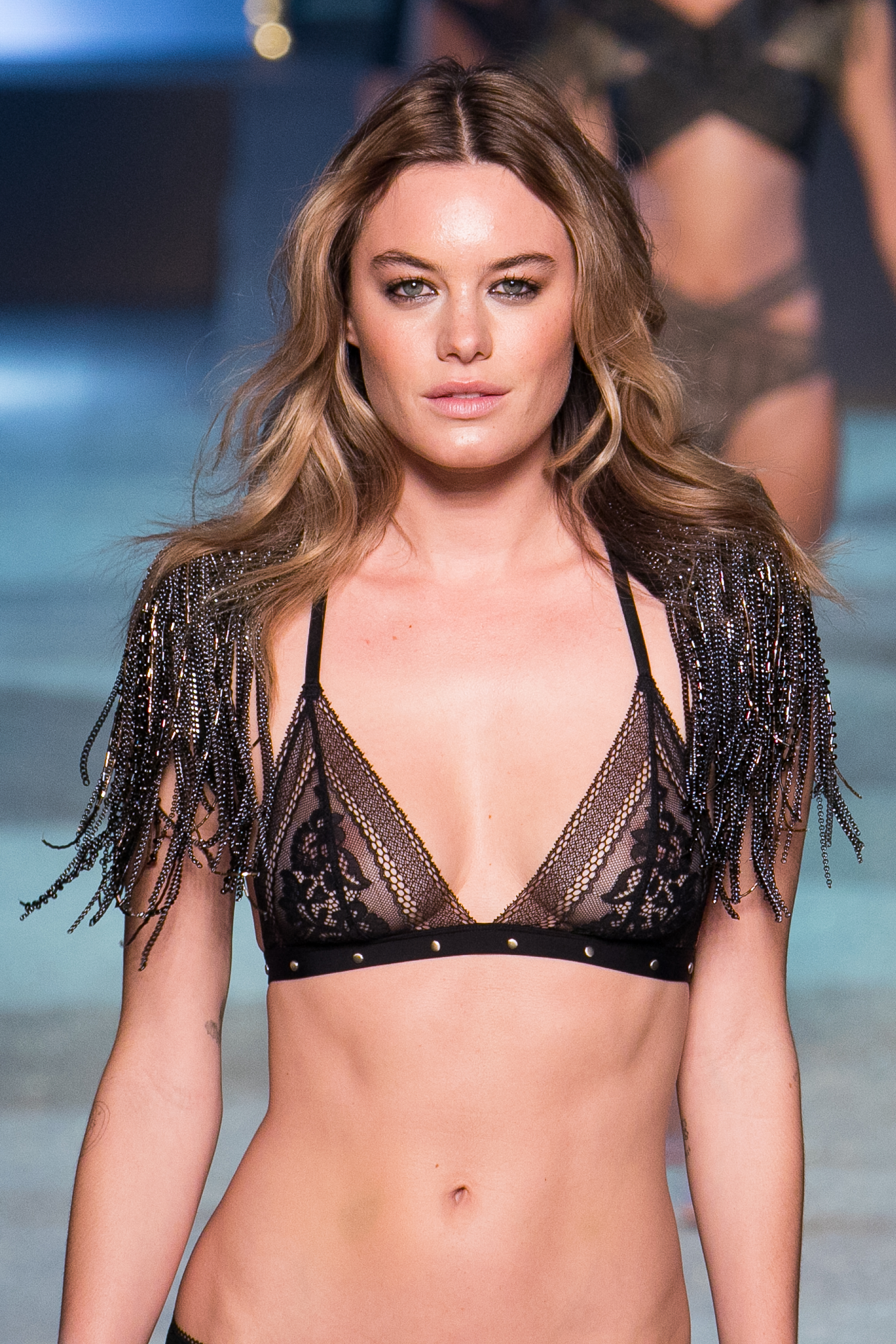 James explains of his look at the time: "As a model, Camille is drawn to a smarter, stylish look.

"This is a mature image and indicated that Harry was ready for a long-term serious relationship."

Harry was briefly linked to glamorous chef Tess Ward, 30, in 2017, and in the short time they were together, she was even spotted swapping clothes with the star. 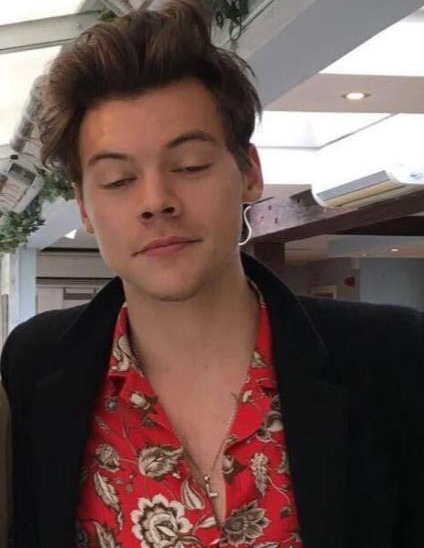 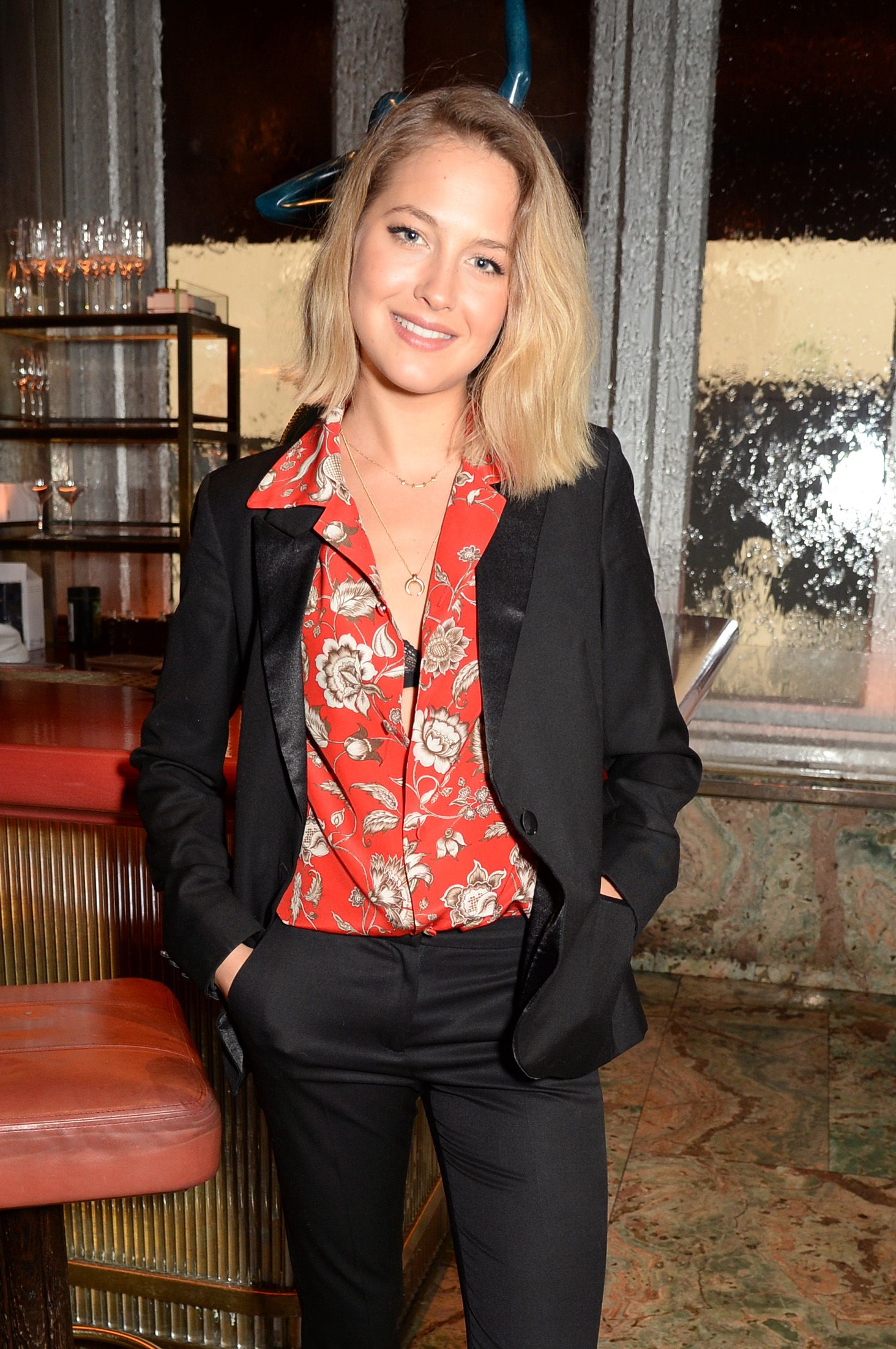 Tess was snapped in a favourite silk floral Gucci shirt belonging to the former One Direction hunk as she enjoyed a polo match in May that year – around the time it was revealed they were an item.

It was the start of the more vintage, cool look for Harry, that extended through to his relationship with Camille.

Harry was first linked to Kendall Jenner, 24, briefly in 2013, before the pair are thought to have rekindled their romance in 2016 – even enjoying a Caribbean getaway together. 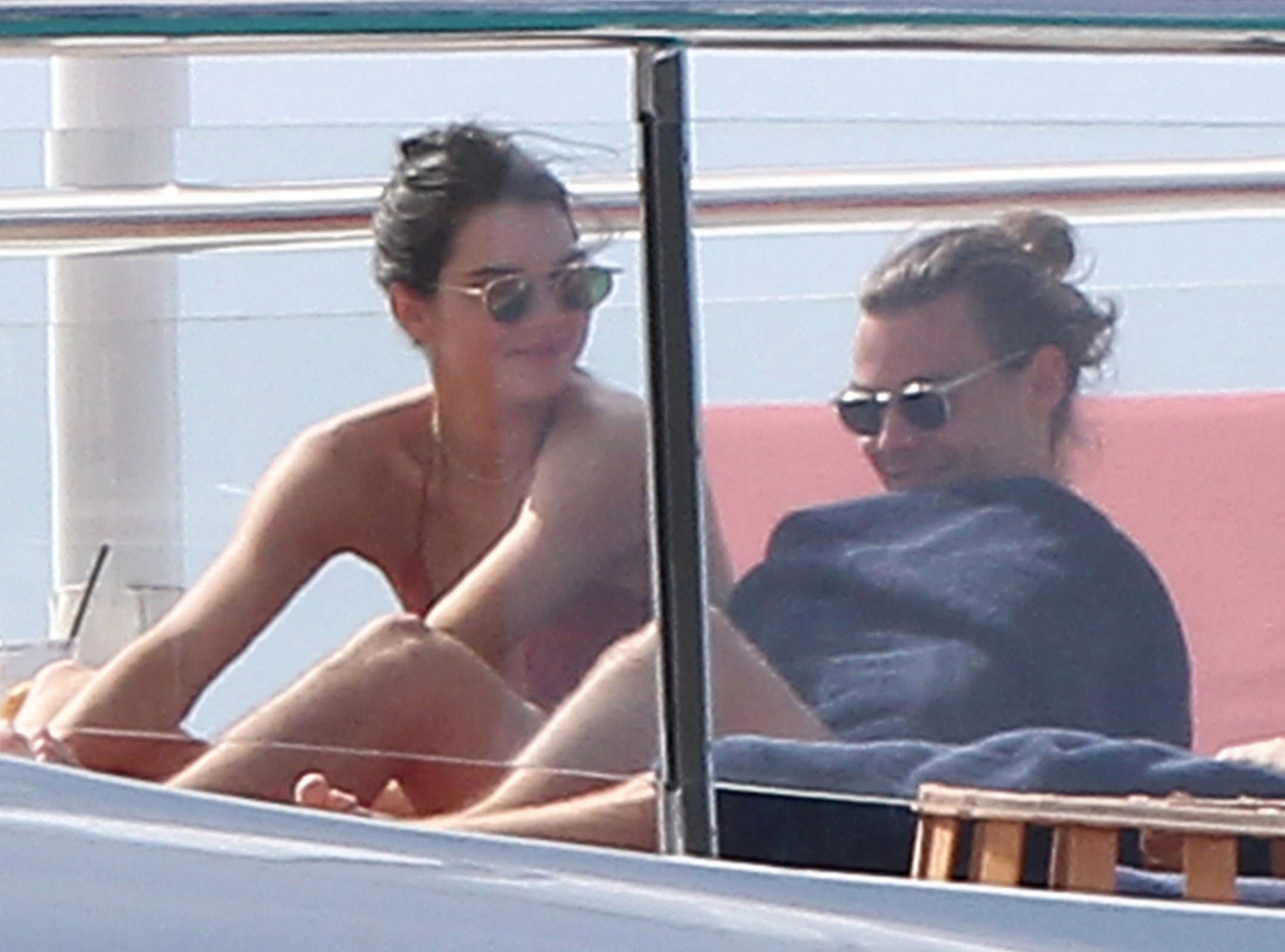 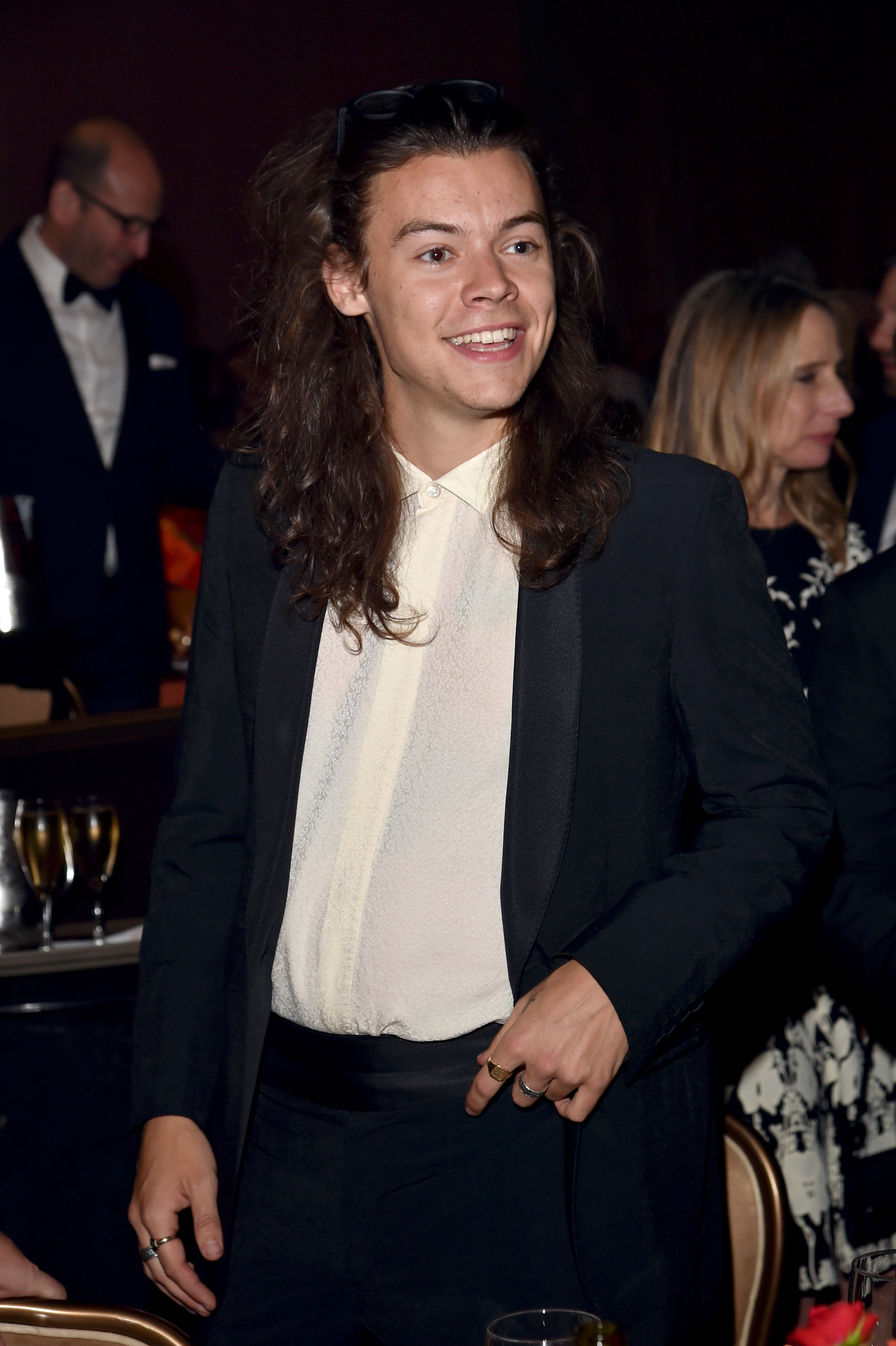 At this time, they were spotted on several outings together – many of which saw Harry sporting longer hair, which was often tied back in a man bun.

And this edgy look in particular is thought to have attracted Kendall.

James says: "Not many men can carry off the man bun, but Harry definitely did. 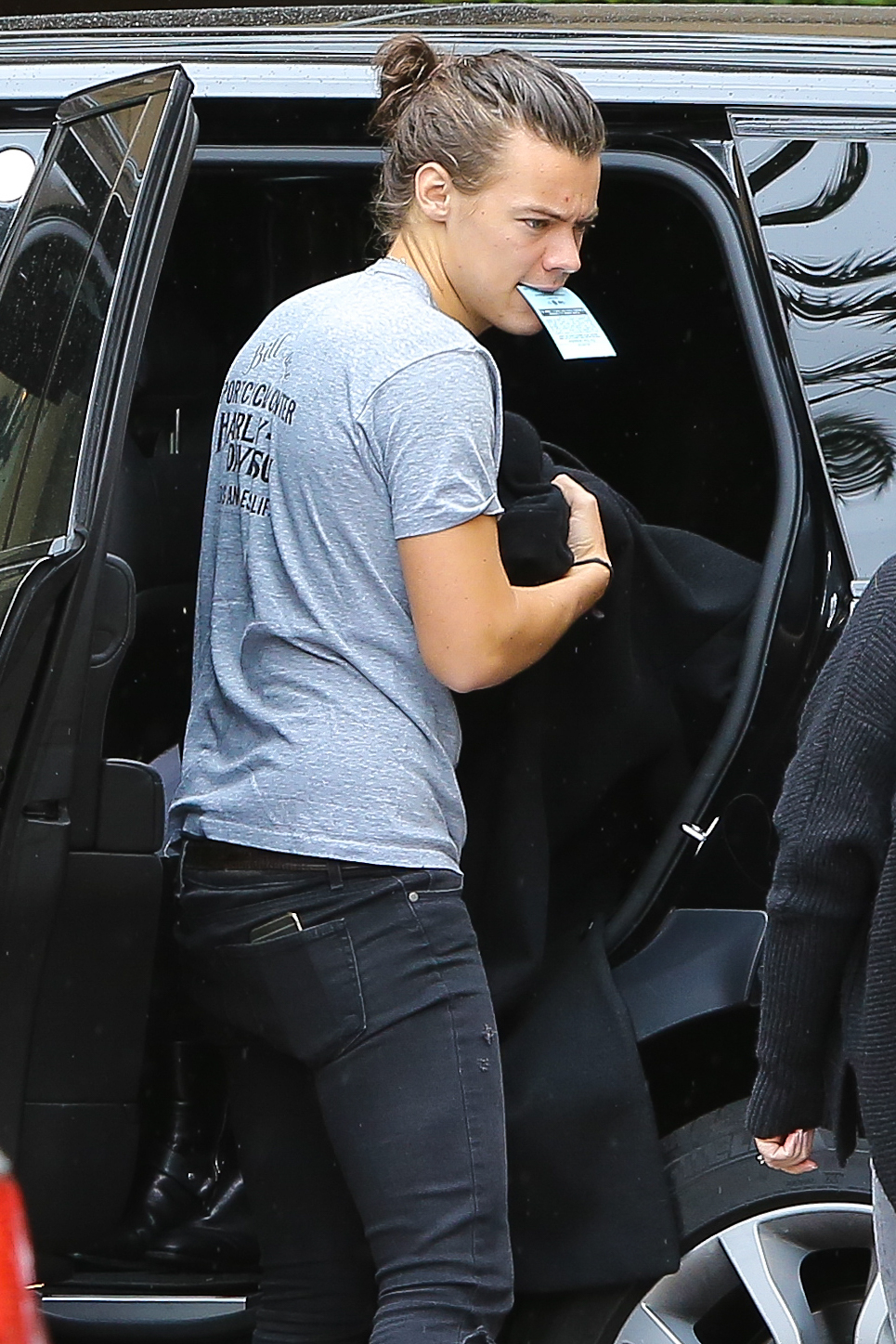 "To some women, it can be seen as spiritual and is typical of the type of men Kendall has dated. In fact, she's remarked that her spirituality is the most important thing in her life. Spiritual leaders often have longer hair."

Who could forget the sweet photos of a younger Harry, fresh from X Factor fame, in a beanie walking beside Taylor Swift, 30? 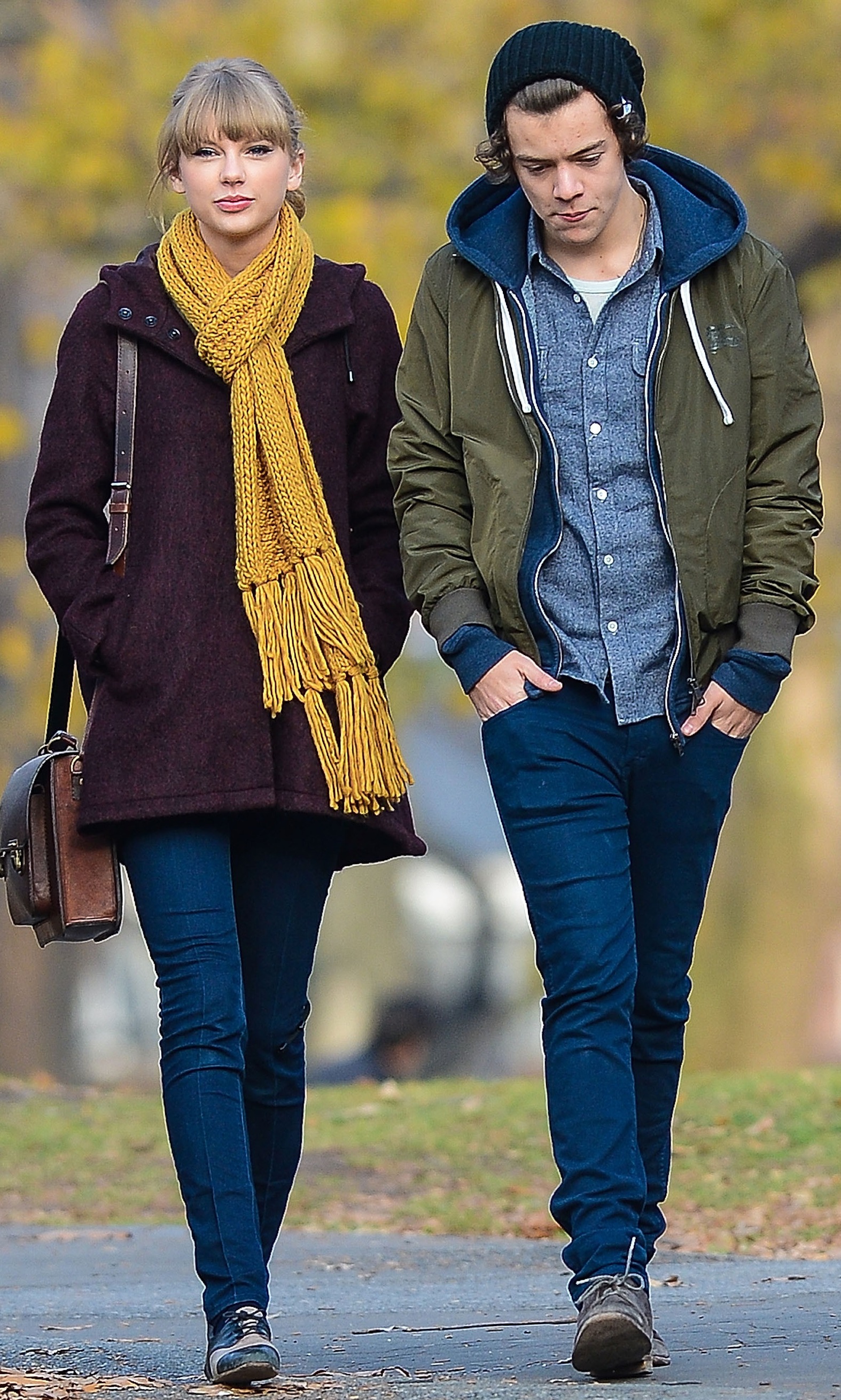 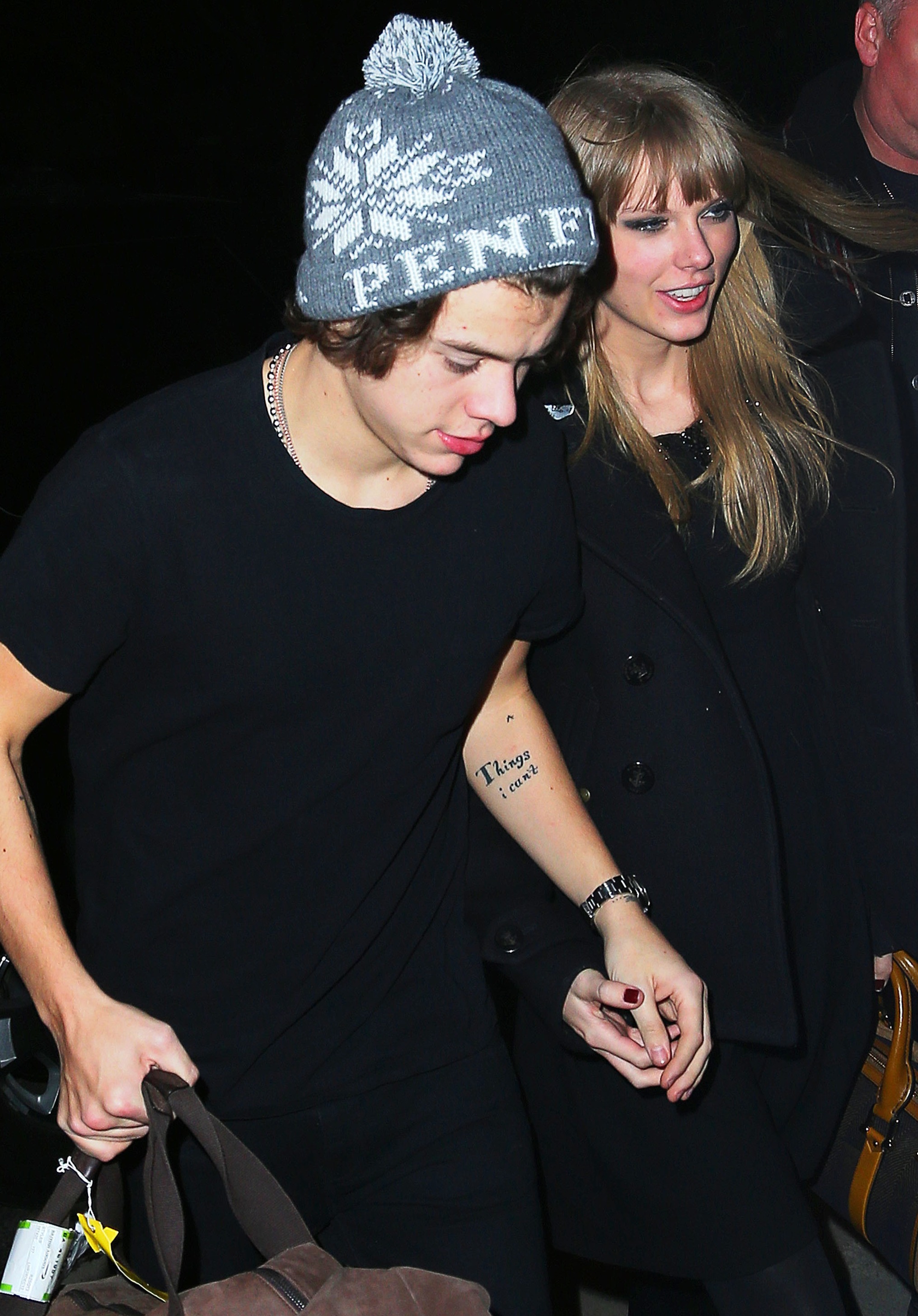 The singer began dating the star in 2012, and was often pictured looking more casual at the time in fur-lined jackets, beanies, chequered shirts and comfy clothes.

Taylor matched his look too, wrapping up on several outings in knitted scarves and coats – with her hair tied back and minimal make-up.

And James says this more casual look was a reflection of how relaxed and comfortable they were. 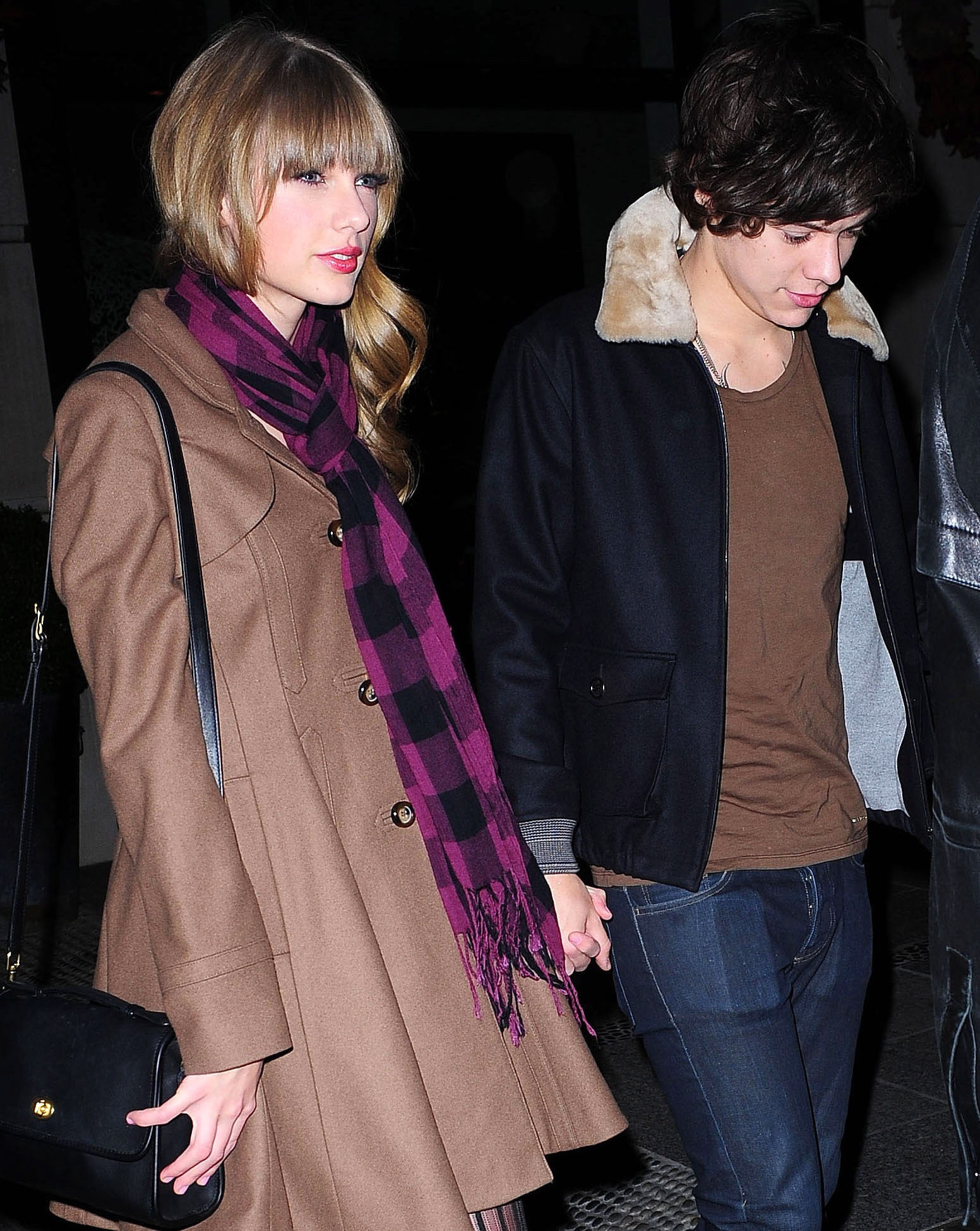 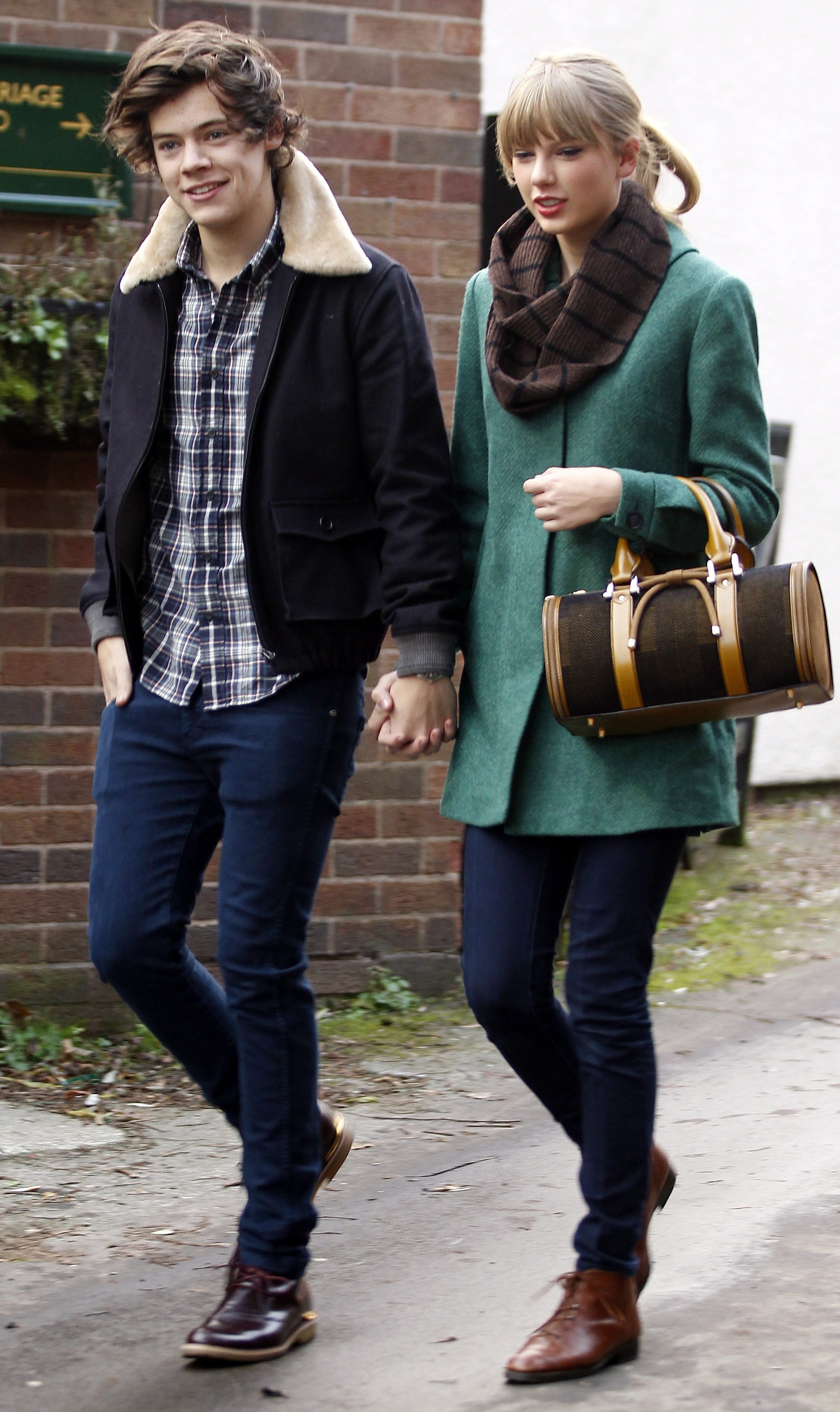 He adds: "During the time they were dating, this was very much a low maintenance style for both of them.

"It was also a rebellion from being famous and they both dressed down much of the time. This look made Taylor feel more relaxed and comfortable while with him."

Emma Ostilly – 'the boy next door'

Right before he began dating Taylor, Harry was linked to model Emma Ostilly, 26, for a short time. 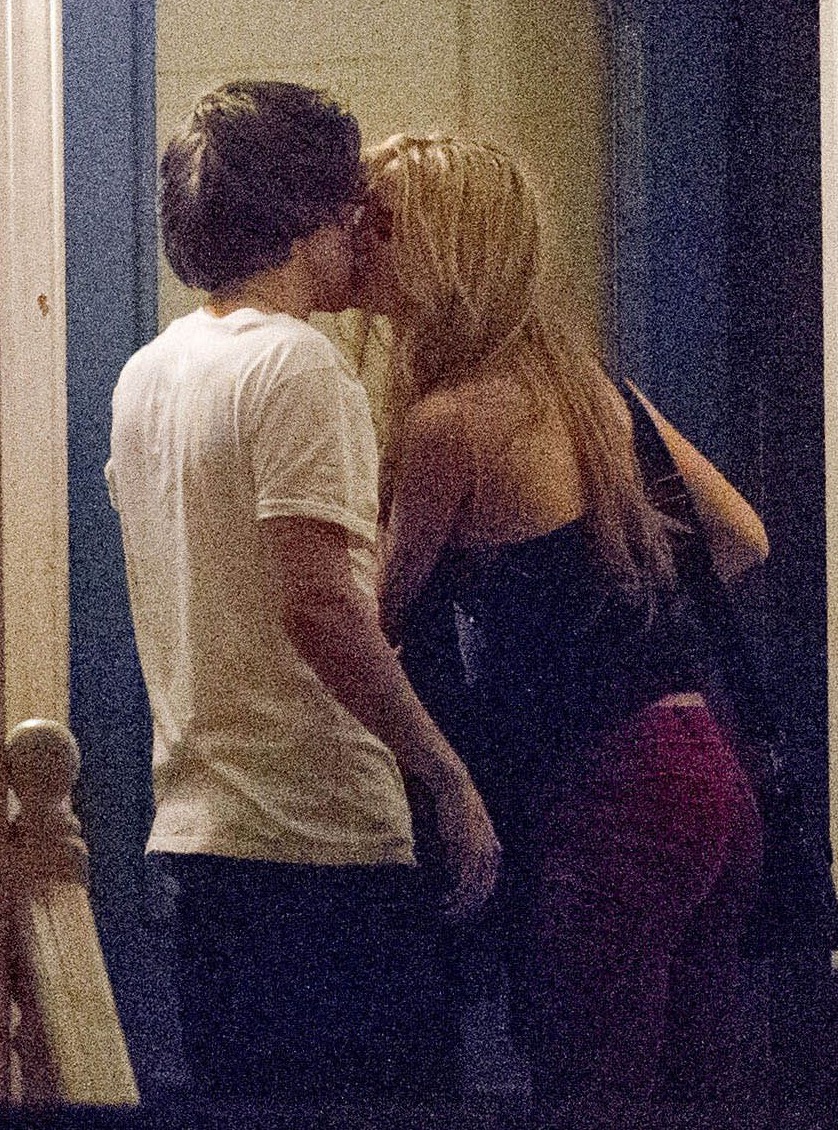 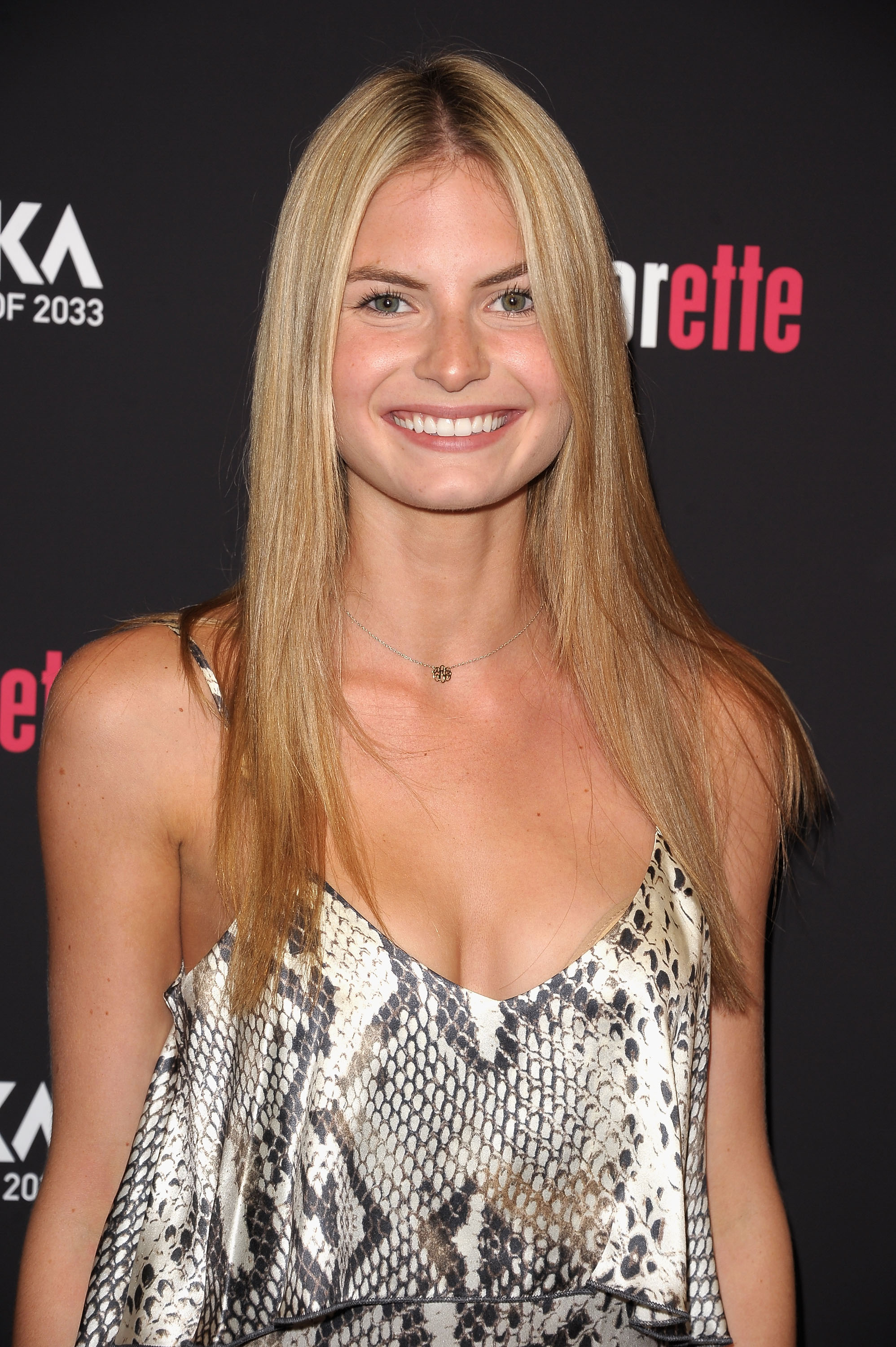 The pair were pictured sharing a kiss after a date in Auckland, New Zealand, but the romance never continued far beyond there.

Around this time, Harry was well known for his classic looks, and was often seen with a plain white tee and his longer, shaggy hair that he'd become so well known for.

James says it was this "boy next door" look that likely attracted Emma.

He explains: "As his music career started to take off, Harry didn't quite have a huge wardrobe to choose from.

"This look is very typical of most boys around his age. The white t-shirt is a nice contrast against his dark features. Emma would have been attracted to his boy next door image."

The last two years have seen Harry embrace his most vibrant look to date, with the singer being spotted in brightly coloured suits and stylish patterned outfits. 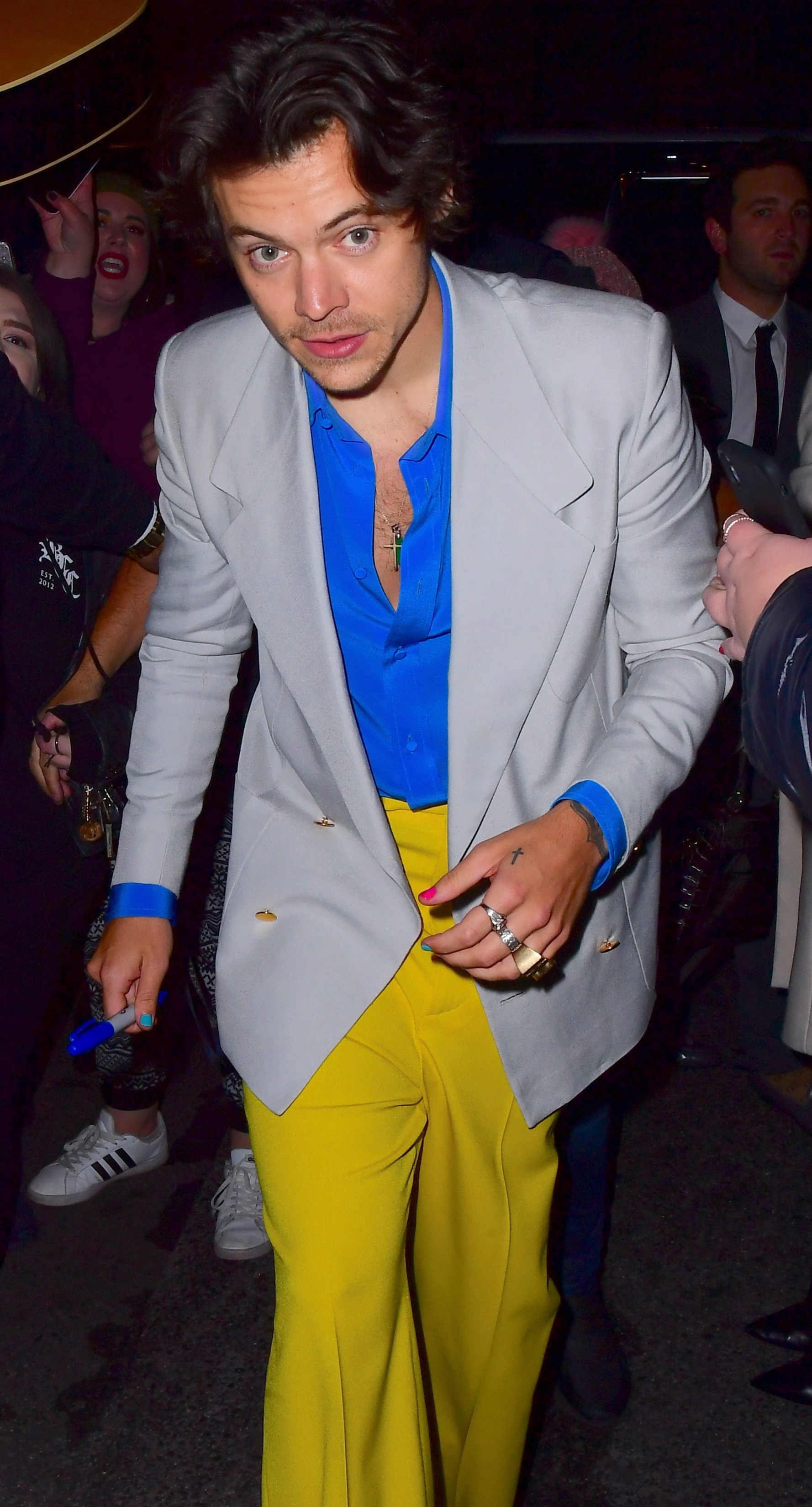 While he captured attention at the Brit Awards earlier this year in a very vibrant yellow suit by designer Marc Jacobs – after rocking a white floral jumpsuit with white gloves on stage – he opted for a very dramatic sheer look at the Met Gala the year before.

But while most of Harry's style changes in the past have been followed shortly after by him being linked to a new woman, he's appeared to remain single over the last year or so.

While Harry isn't thought to be dating at the moment, dating coach Jo Barnett says there's no better way to embrace a possible new relationship than a change in look.

She says: "When you are looking to attract a new partner nothing gives you a spring in your step like a haircut or some new clothes.

"It's the oldest trick in the book, to make yourself feel and look interesting.

"It's good to change things up, people go from sophisticated to boho, it makes people stop and look, which is exactly what you wanted!"

Who will be next to turn the 1D star's head?