Black women define beauty. Just take one look at the runways or red carpets or scroll through Instagram. There you’ll see their profound influence on trends, style, and culture. Tonight, the Academy finally recognized these trailblazing achievements for the very first time in the event’s history when Ma Rainey’s Black Bottom won the Makeup and Hairstyling Oscar. The history-making team is made up of hairstylists Mia Neal and Jamika Wilson, the first Black women to win in this category. 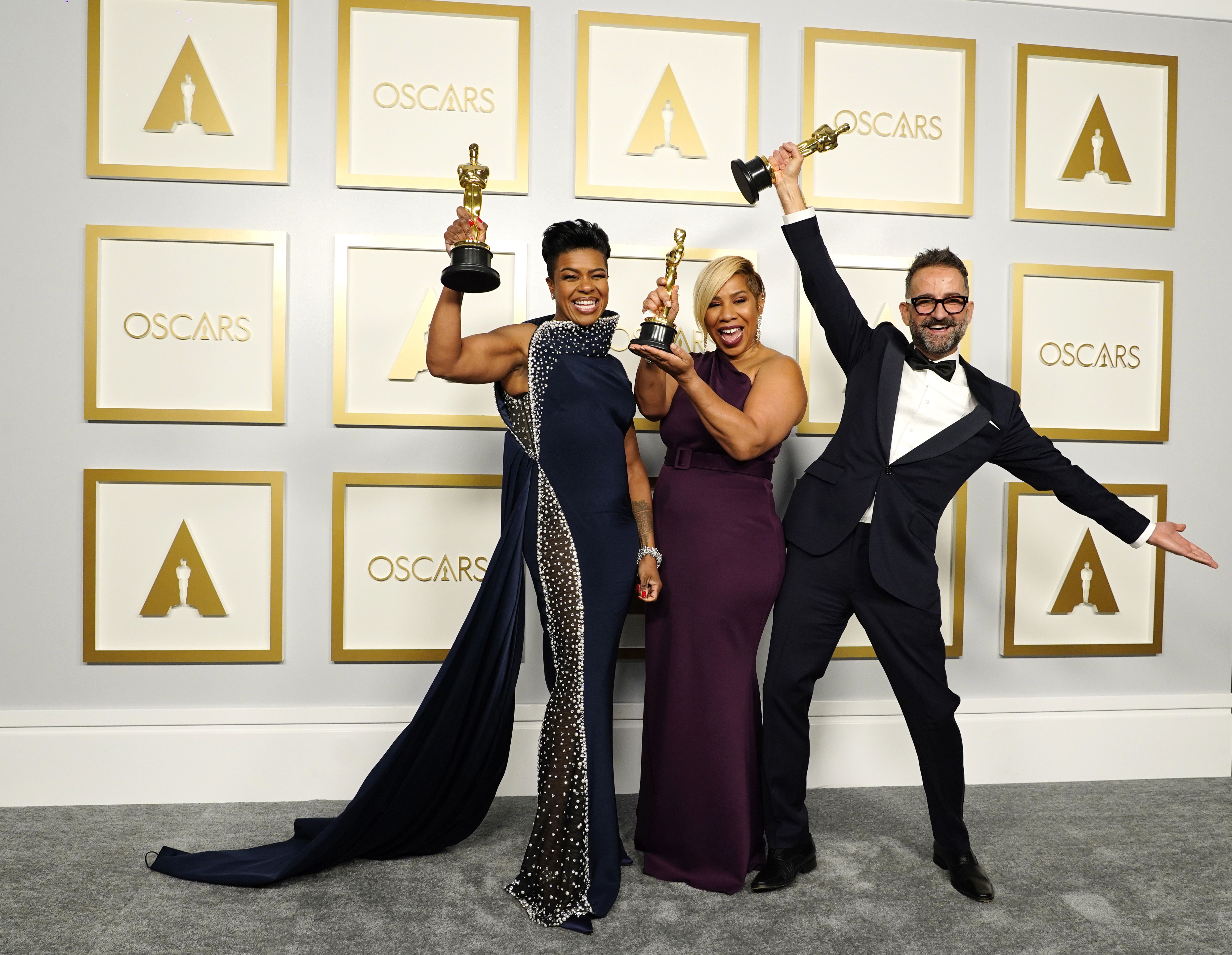 “I want to say thank you to all our ancestors who put the work in, were denied but never gave up,” Neal said in her acceptance speech. “I also stand here as Jamika [Wilson] and I break this glass ceiling with so much excitement for the future. I can picture Black trans women standing up here, and Asian sisters, our Latino sisters, and Indigenous women. I know one day it won’t be unusual or groundbreaking. It will just be normal.”

Neal also used her acceptance speech to spotlight the trials of her grandfather and how they brought her to the Oscar stage tonight. Her grandfather was a Tuskegee airman who went on to graduate from Northwestern University during a time where Black people were not allowed to reside on campus, so he lived at a local YMCA. After all his accomplishments, he went back to his hometown to become a teacher but was denied because school systems refused to hire Black people. Tonight, his granddaughter wins an Oscar.

The award honors both Neal and Wilson’s incredible artistry: Neal created 100 wigs for the film and they were then fitted by Wilson, Viola Davis’s personal hairstylist. “She wanted someone who could style her hair and handle it,” Wilson told NPR. “African Americans are familiar with both types of hair, y’know? We just don’t do one texture of hair. We can do it all. And by actors now speaking up and saying that they want someone who can handle their hair, they have to bring an African American hairstylist because there are not very many Caucasian hairstylists that feel comfortable doing African American hair.”

The ancestors are indeed proud tonight.