Home » TV » How Much Are The Baeumlers From Renovation Island Worth? It takes a lot to build a career out of building properties, but Bryan and Sarah Baeumler have what it takes. Their HGTV show, “Renovation Island,” is a must-watch for any home renovation junkie, as it centers around the couple and their family as they build a luxury resort on one of the least populated islands in the Bahamas. Per Forbes, the couple was vacationing in 2017 when they discovered an abandoned resort, bought bought the 10-acre property and proceeded to turn it into a vacation spot. And put it all on TV.

And “Renovation Island” wasn’t their only foray into the home renovation TV world. The Canadians have also been featured on HGTV’s “Disaster DIY” from 2007 to 2011, “House of Bryan” from 2010 to 2015, and “Leave it to Bryan” from 2012 to 2017. They also had a show called “Renovation Inc.,” featuring their kids, Quentyn “Q” Baeumler, Charlotte Baeumler, Lincoln “Link” Baeumler, and Josephine “JoJo” Baeumler.

Unfortunately, the couple’s “Caerula Mar Club” resort featured a host of problems. The outlet reports that the Baeumlers spent $2 million on the property, which had “18 rooms, 6 villas, a restaurant, spa, pool, and a bar.” However, as you can see on “Renovation Island,” they ran into issue after issue. How much are Bryan and Sarah worth now after taking a big financial hit on the property? 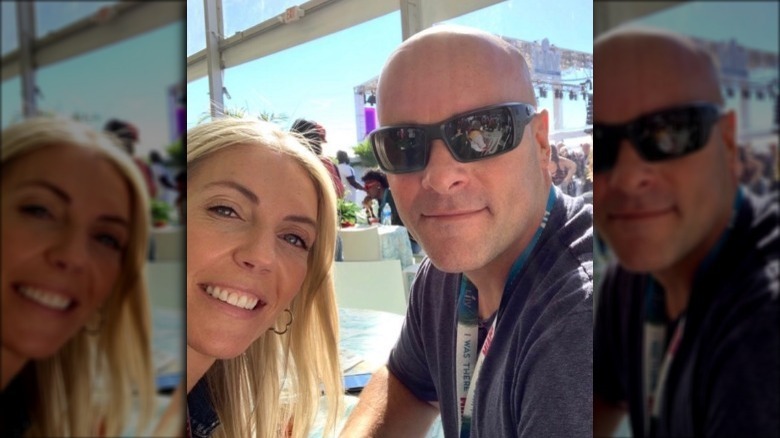 Per Forbes, the Bahamas resort was in much worse shape than the couple expected, and they had to ship almost all of the supplies in. They were supposed to spent $4 million renovating the resort, but ended up spending more than $10 million. That’s gotta hurt. To make things worse, the place was finished just as the pandemic shut almost all travel down, so the resort is just sitting there, waiting for tourists to be able to visit.

Still, per Celebrity Net Worth, Sarah and Bryan Baeumler are worth a combined $20 million, having had their hands in a lot of projects (even if building Caerula Mar Club got a little rough sometimes).

Bryan told Global News it’s all about perspective when it comes to business.

“I think our perspective really changed on what’s important in life and the fact that it’s all finite. Loading your family up and risking your nest egg and moving to an island to get into a business you’ve never been in before in a country you’ve never done business in before, with people you’ve never met before, is kind of crazy,” he noted. “At the end of the day, I think my perspective would be that you have a limited time left to do whatever it is you want to do. No matter what you do between now and then, the end result is the same.”

Even if it costs a couple million more than you expected.