Prince William has already had a couple of different royal titles, and his status will continue to change as he gets closer and closer to the throne. But, what about his children? How will Prince George, Princess Charlotte, and Prince Louis’s royal titles be impacted by their father’s role in the royal family?

Up ahead, find out all the ways Prince George, Princess Charlotte, and Prince Louis’s royal titles will change over the years.

Out of his siblings, Prince George will experience the most title changes throughout his life — many of which will occur during his grandfather and father’s reign. Right now, Prince George’s official royal title is His Royal Highness Prince George of Cambridge. His title is a reflection of Prince William’s dukedom and works similarly to a last name as it help determine who his family is. 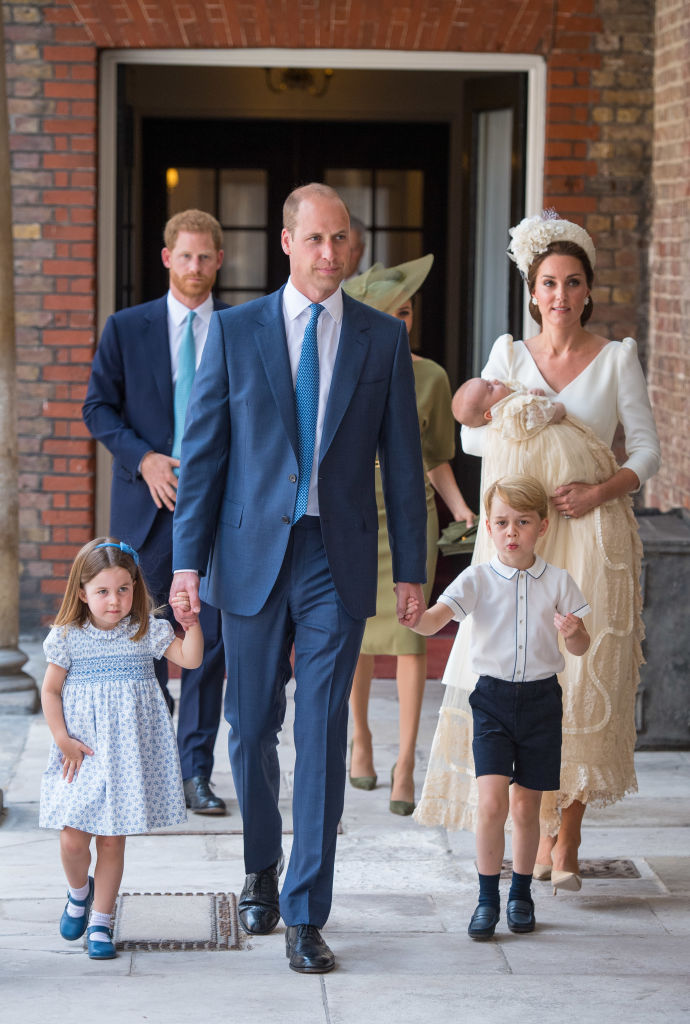 When Prince George ascends the throne, he will change his title one more time and become His Majesty The King.

The Duke and Duchess of Cambridge are very pleased to share some new photographs of their family as they visited the RHS Back to Nature Garden at the #ChelseaFlowerShow on Sunday afternoon. The photographs were taken by @mattporteous. The #RHSChelsea Back to Nature Garden, designed by The Duchess and award-winning landscape architects Andrée Davies and Adam White of Davies White Landscape Architects, is a woodland setting for families and communities to come together and connect with nature. Her Royal Highness is a strong advocate for the proven benefits the outdoors has on physical and mental health, and the positive impact that nature and the environment can have on childhood development in particular. Over the past months, Prince George, Princess Charlotte and Prince Louis have helped The Duchess gather moss, leaves and twigs to help decorate @The_RHS Back to Nature Garden. Hazel sticks collected by the family were also used to make the garden’s den. The Duchess told Monty Don in an interview for the BBC: “I really feel that nature and being interactive outdoors has huge benefits on our physical and mental wellbeing, particularly for young children. I really hope that this woodland that we have created really inspires families, kids and communities to get outside, enjoy nature and the outdoors, and spend quality time together.”

Since Prince Louis isn’t Prince William’s eldest son, he doesn’t qualify for any special title. However, he will likely receive a dukedom upon marriage, which is one of the highest-ranked titles.