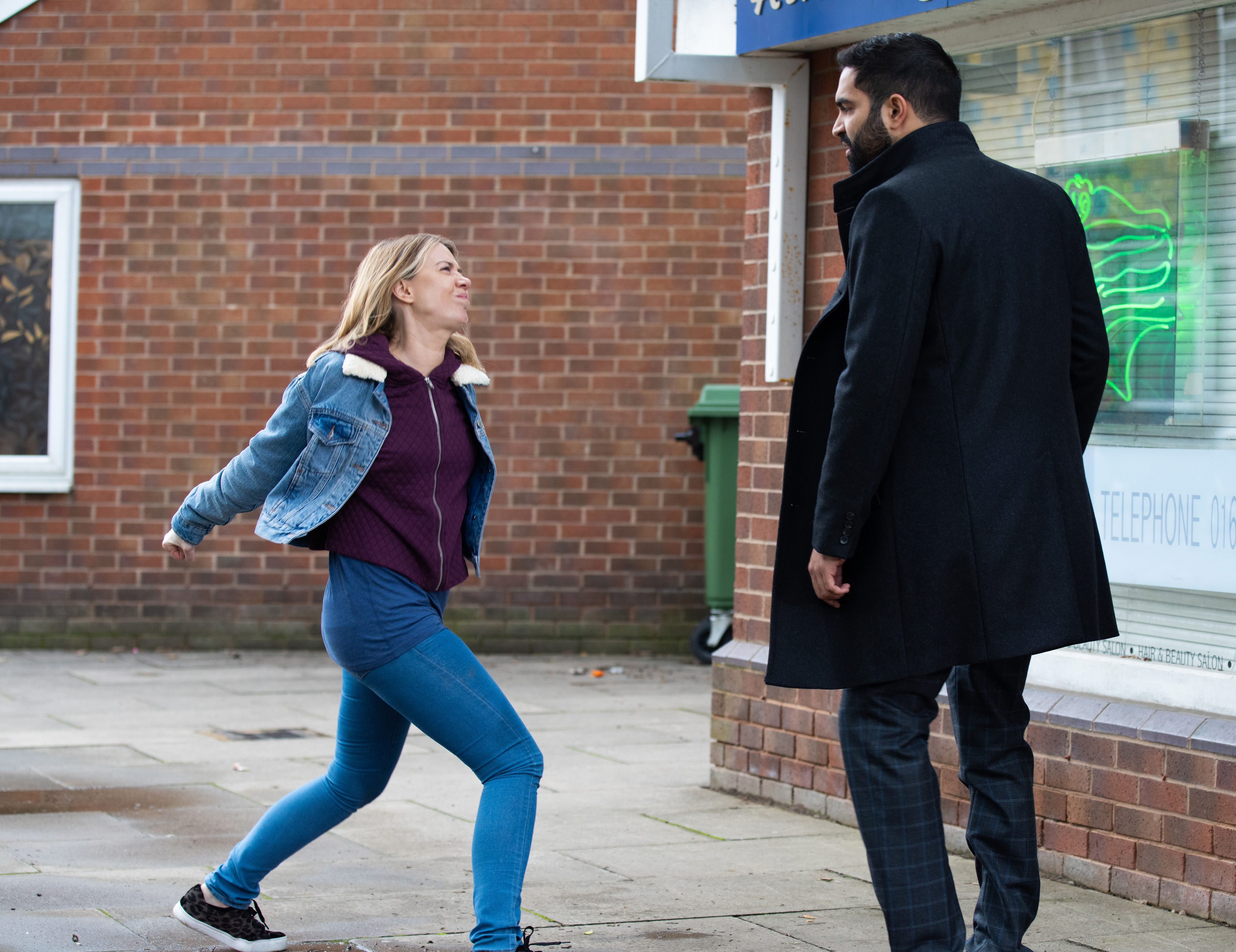 Abi Franklin (Sally Carman) has told Imran Habeeb (Charlie De Melo) she may be pregnant with his baby in Coronation Street.

After Kelly (Millie Gibson) and Corey’s (Maximus Evans) trial, Imran slept with Abi but hasn’t told anyone about it.

Toyah (Georgia Taylor) is aware of Imran’s lies but has no idea Abi was the person he spent the night with.

Recently, Abi has focused a lot on moving forward with her life following Seb’s death.

A bump in the road saw Abi attempt to scare Kelly away from the street, but after a recent NA meeting, it appears they’ve turned a corner.

Tonight, as Weatherfield residents celebrated New Year’s Eve, Abi had other priorities – meeting up with Imran.

In the solicitor’s office, Abi told Imran they need to talk about ‘us’.

Reminding Abi there isn’t an ‘us’, Imran was thrown when Abi said there is, as she might be pregnant.

If Abi is pregnant, how much will this change things?

Will she decide to tell Kevin (Michael Le Vell) and Toyah (Georgia Taylor), possibly ruining Imran’s relationship in the process?