'Insecure' Star Kendrick Sampson Punched, Had a Gun Pulled on Him by Colombian Cop (Video)

Video of the violent encounter posted on Instagram Tuesday 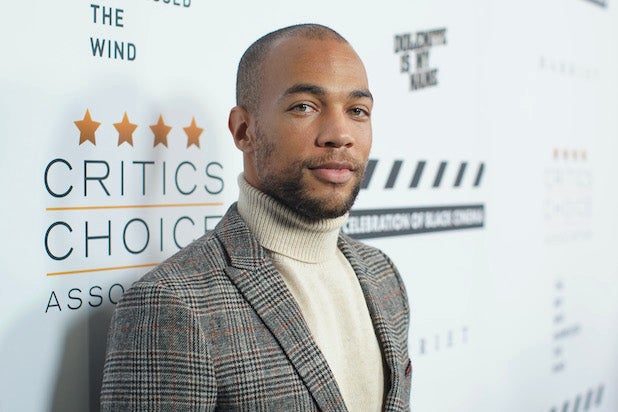 “Insecure” Star Kendrick Sampson was assaulted by Colombian police this week in a violent, one-sided encounter captured on video posted to Instagram on Tuesday.

In the clip, taken by an unknown bystander and originally posted to Instagram by Colombian actress Natalia Reyes, two police officers in Cartagena can be seen surrounding Sampson and another unidentified man. One of the officers punches Sampson to the ground and then draws his weapon, and a few minutes later, the officers lead Sampson away in handcuffs. In a post sharing the video on his own account, Sampson described more invasive and violent behavior not captured on the video.

Sampson also said that he has been randomly stopped by police 6 times in the last 5 days.

“Cartagena is AMAZING but this is the 6th time I was stopped in 5 days,” Sampson said Tuesday on Instagram. “It happens to Black Colombians often. I’m told stopping is policy but what is NOT is they reached down my underwear aggressively, slap my arms 5 times hard, punch me in my jaw and pull his gun on me. He then cuffed me and dragged me through the streets. I did not resist any legal procedure.”

Sampson also thanked Reyes for posting the video and “for helping me through this,” and also thanked the person who recorded the video. Sampson’s representatives did not immediately respond to a request for comment from TheWrap.

You can see the clip for yourself below, or on Sampson’s Instagram account; be warned that it contains police violence.