Steph McGovern has a smear test on Steph's Packed Lunch

The test was performed as Steph spoke to Chris Hopkins, who launched The Smear Campaign, following the death of his former partner to cervical cancer. Their nine-year-old son has grown up without a month and Chris wants to help prevent more children from losing their mothers to cervical cancer.

Steph was more than happy yo help as she was examined by Dr Naomi Sutton live on the show.

Speaking about why is working on The Smear Campaign, Chris said: “I wanted to do something positive so another child doesn’t have to go through this.

“Marie did go for smears, the diagnosis took a bit too long.

After Marie’s passing, I started looking into figures around it and I read one in three, one in four women are not going for the smear test.” 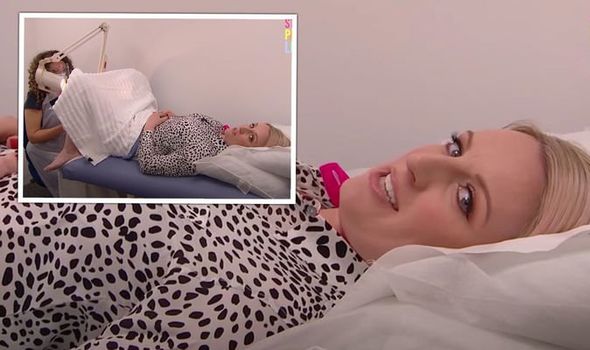 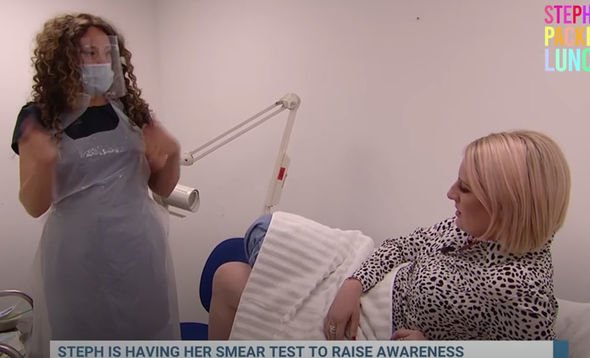 Data from Jo’s Cervical Cancer Trust shows that around five million women are invited for cervical screenings every year with about three and a half million attending.

One in four women do no attend with it being as low as one in two young women (age 25 to 30) not attending in some areas of the country.

Dr Naomi explained: “There’ll be lots of reasons women don’t go but all these things can be tackled. 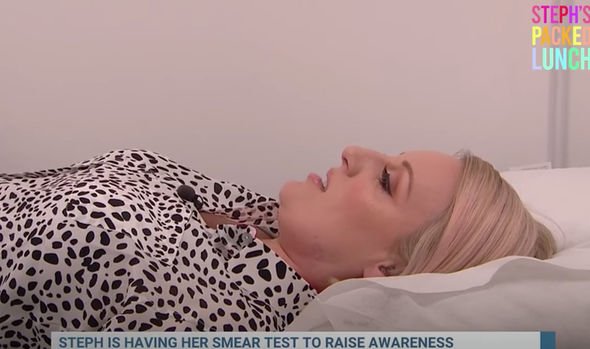 “Embarrassment about their bodies, nervousness about pain…. a skin problem, you might be menopausal and it’s dry and sore, but all these things we can sort out with a bit of dialogue and communication.”

As she had her smear test, Steph commented: “There are a lot women who struggle with going to their smear test because they think it’s going to be awful and embarrassing, so we decided to show you what actually happens.

“I’ve had my smear tests a number of times and they can be different each time.

“Sometimes you don’t feel anything. Now it feels pretty ok but sometimes they can hurt, or people worry it’s going to hurt.”

She continued: “But it’s not for long, even if there is a little bit of pain.

“It’s not the most comfortable experience in the world. This isn’t hurting, it just feels weird.”

After her test was complete, Steph urged viewers to go for their own smear test as she explained it could save their life.

“That took 30 seconds or something, it can sometimes take slightly longer, getting into the position because it is hard to stay relaxed,” she remarked.

“This is embarrassing and it is sometimes uncomfortable and for some women it can be painful but it can save their life.”

Dr Naomi added: “The point of the screening test is that it’s picking up changes before they turn into cancer.

“We can treat the changes before it ends up being something we struggle to treat.”