Among the topics of discussion included talk on Brexit and the release of Rees-Mogg’s new book based on the Victorians and their approach on politics.

With 10 Conservative MP’s now in the running to become the next Party leader, Rees-Mogg has made it no secret he is supporting Heath Secretary Johnson’s, 54.

The MP told the This Morning hosts: “I think I may be the only Tory MP who isn’t going to stand for the leadership.”

Boris is the real deal

Asked what he wasn’t going to run for office, Rees-Mogg explained: “I think we are in a period of constitutional crisis, of national need for a leader to take over and we don’t want people delaying the process who have no chance of winning.

“And I think people should reflect very careful about whether they have any chance and whether it’s worth standing.

“I would have been a completely peripheral candidate. I got some support amongst members of the party,” Rees-Mogg added before speaking of what he was supporting Johnson: “He is a very big figure, very charismatic figure, he has an electoral appeal, he was able to win in London which no other Conservative seems able to do.”

After Holmes claimed Rees-Mogg’s image was “antique,” the MP said: “I think politicians should be true to who they are and I think that’s true of Boris. With Boris, what you see is what you get and some people find it very attractive and other people have concerns.”

Langsford jumped in at this point and added: “People think it’s an act…” and was interrupted by Rees-Mogg who dismissed the claim and clarified: “Which it’s definitely not,” as the host continued: “That he plays the loveable buffoon.”

Rees-Mong continued: “Boris is the real deal and I think that’s what politics is about.” 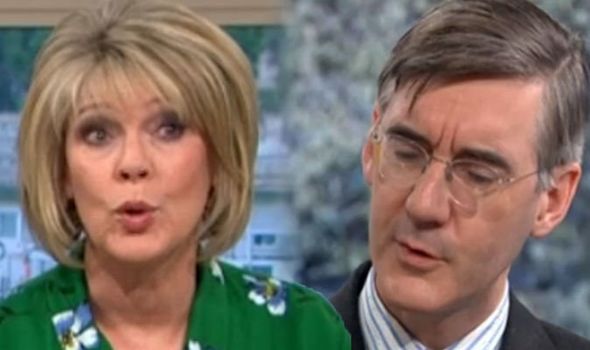 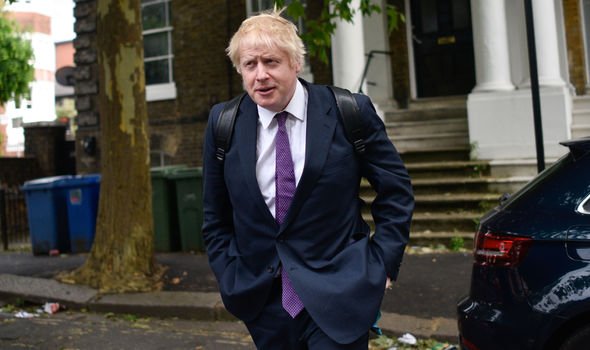 The MP continued: “I think the politicians who try to be all things to all people ultimately fail.”

May will stand down from office on June 7 following her announcement last Friday, with the new Conservative Party leader being revealed at the end of July.

Towards the end of the interview, Langsford brought the discussion back to the topic of why the MP would not be standing in the leadership contest if he has such passion for politics and the people.

Rees-Mong explained: “I think Boris would do a better job than I would and I think it makes sense to support the best person for the job,” before Langsord interjected and asked: “What job would you like in government?”

Explaining himself once more and slightly flustered by Langsford line of questioning, Rees-Mogg said: “I want us to leave the European Union and I want a Conservative government that does Conservative things.” 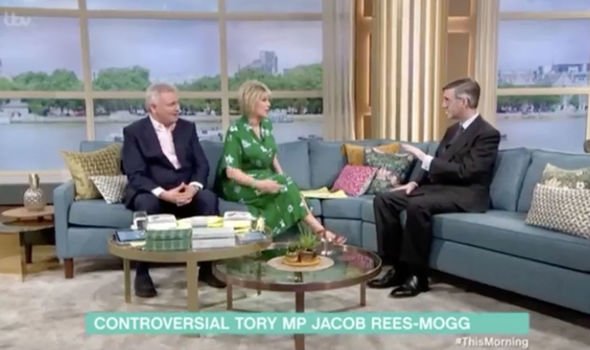 Rees-Mong continued: “It is so little about me as an individual. It’s about the nation so, I’ll do anything I can to support Boris but I’ll support whoever wins the leadership.”

Längsford also asked the MP if he sympathised with May after the Prime Minister became emotional at the end of her statement last week.

“Of course I had sympathy for her. One can’t fail to have human sympathy for somebody who is honest, decent and dutiful but whose job hasn’t gone well.

“I feel sorry for her, but I can’t say that I’m not pleased she’s given up because she wasn’t delivering Brexit,” Rees-Mogg explained.

Following May’s announcement, Holmes had a slightly different approach to Rees-Mogg’s stance as he claimed the former Home Secretary was “the worst Prime Minister this country has maybe ever had.”

This Morning airs weekdays at 10.30am on ITV.