TWO of ITV’S most famous faces, Holly Willoughby and Bradley Walsh, are to make a new series for the BBC.

Eyebrows were raised when the pair popped up on the Beeb over Christmas — giving audience members a chance to go to Lapland in new show Take Off. 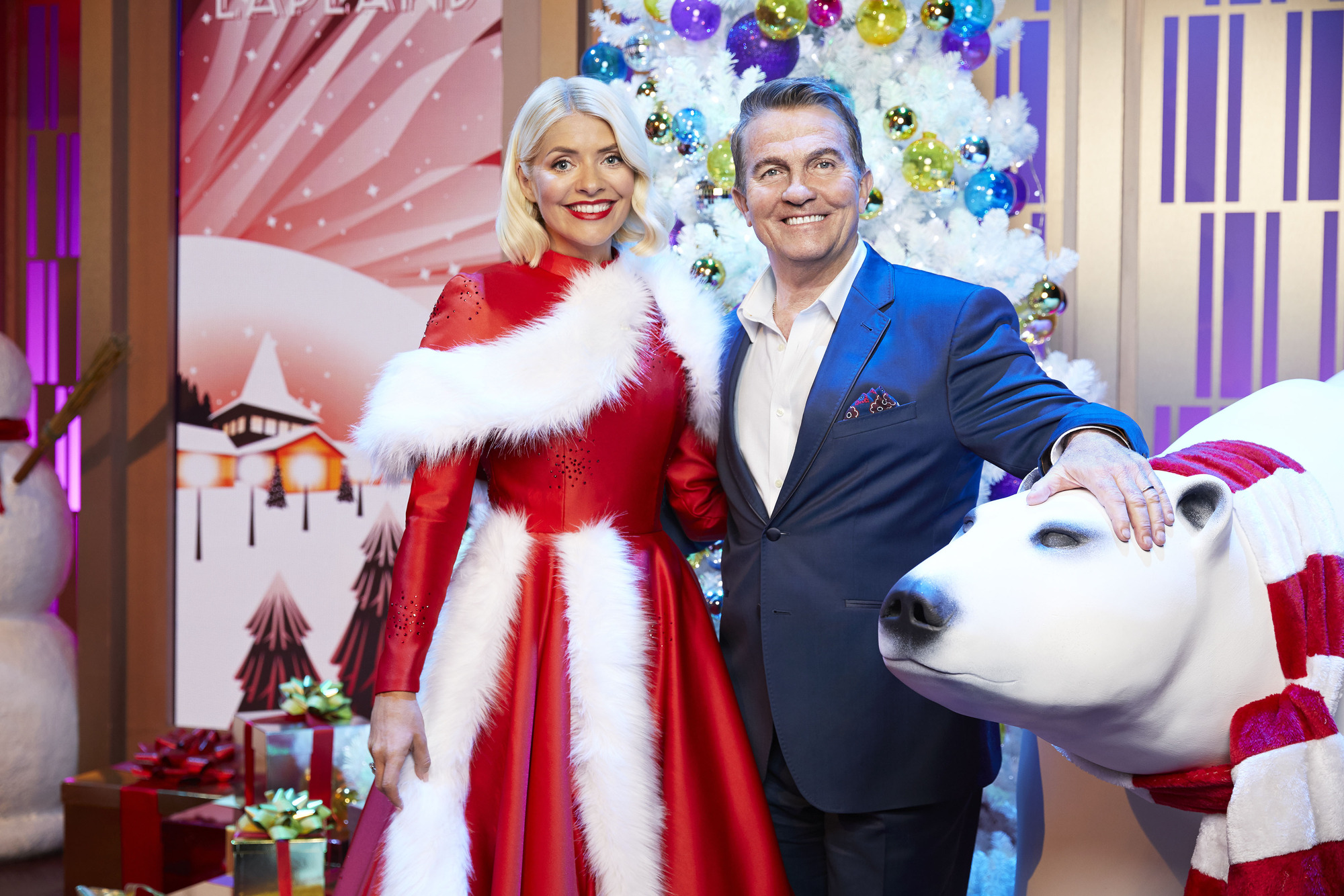 And now I am told that This Morning host Holly and The Chase presenter Bradley have been given a full series together, with Take Off returning to BBC1 later this year.

Producers have begun work on it and are looking for “fun, confident, enthusiastic people” who want to win “the ultimate prize of jetting off on holiday”.

A source said: “It’s a great get for the BBC to poach two of ITV’s most popular stars.

“Holly is the golden girl of ITV, and The Chase is massive for the channel. 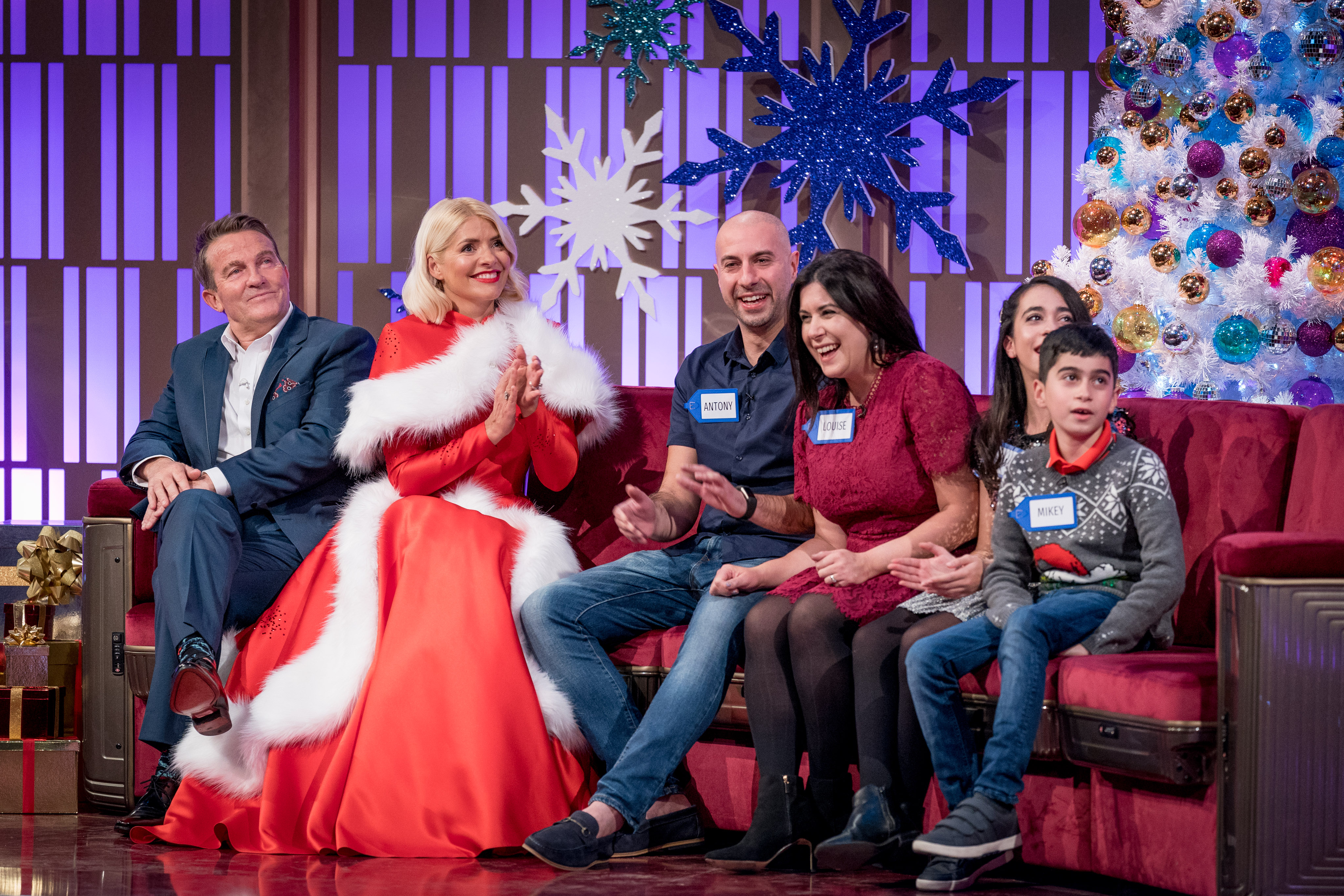 “How they’re both going to find time to do both is beyond me, but the Beeb are delighted. The contracts are all but signed.”

And Holly will know a few people on set, as her husband, TV producer Dan Baldwin’s firm Hungry Bear is making the series.

That saves on the cab fare home at the end of a day’s filming. 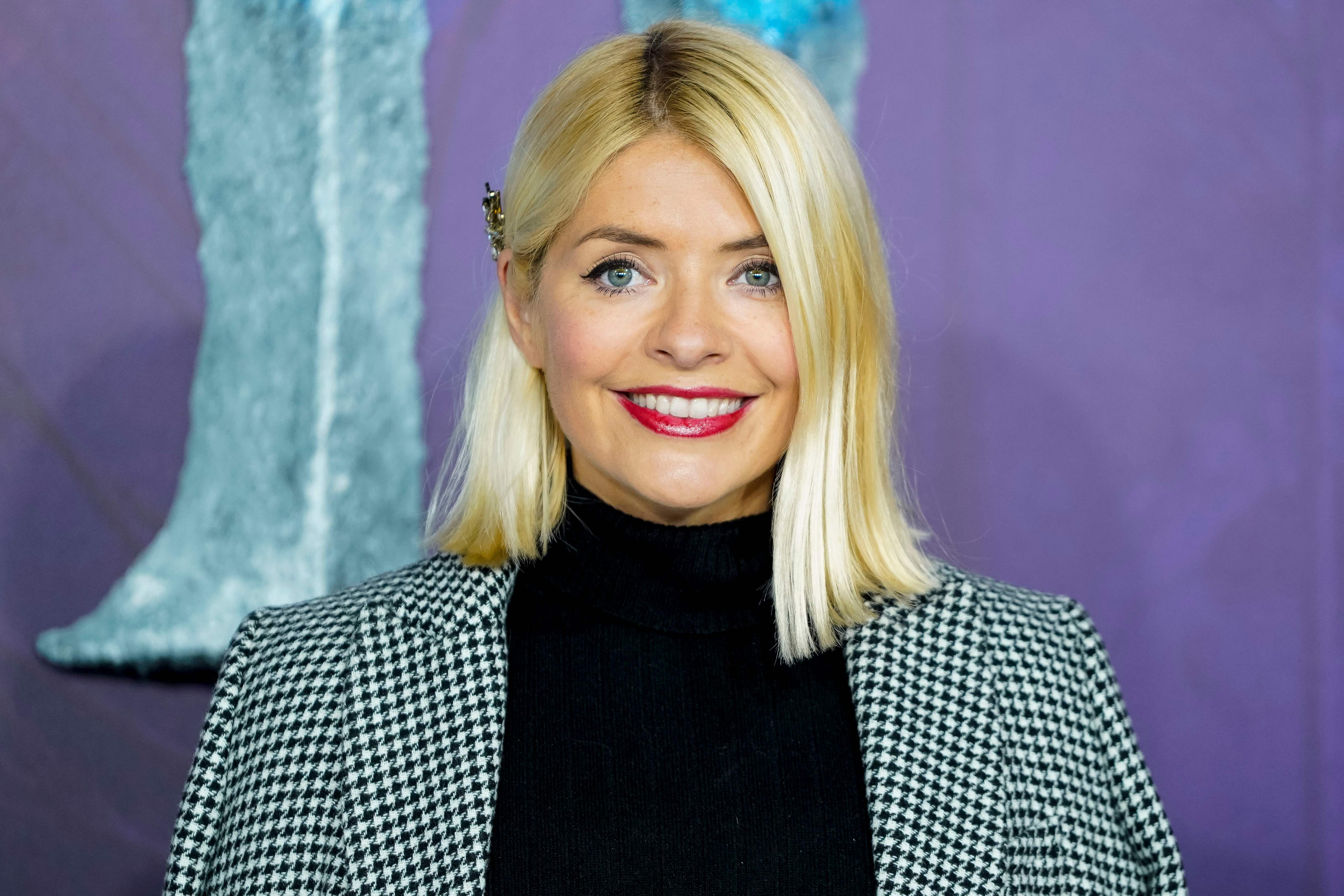 EMMA Weymouth shows off her washboard abs and toned figure in a see-through top at Paris Fashion Week.

The Viscountess, who took part in the last series of Strictly Come Dancing with pro partner Aljaz Skorjanec, was joined in the French capital by model Lady Kitty Spencer and singer Pixie Lott. 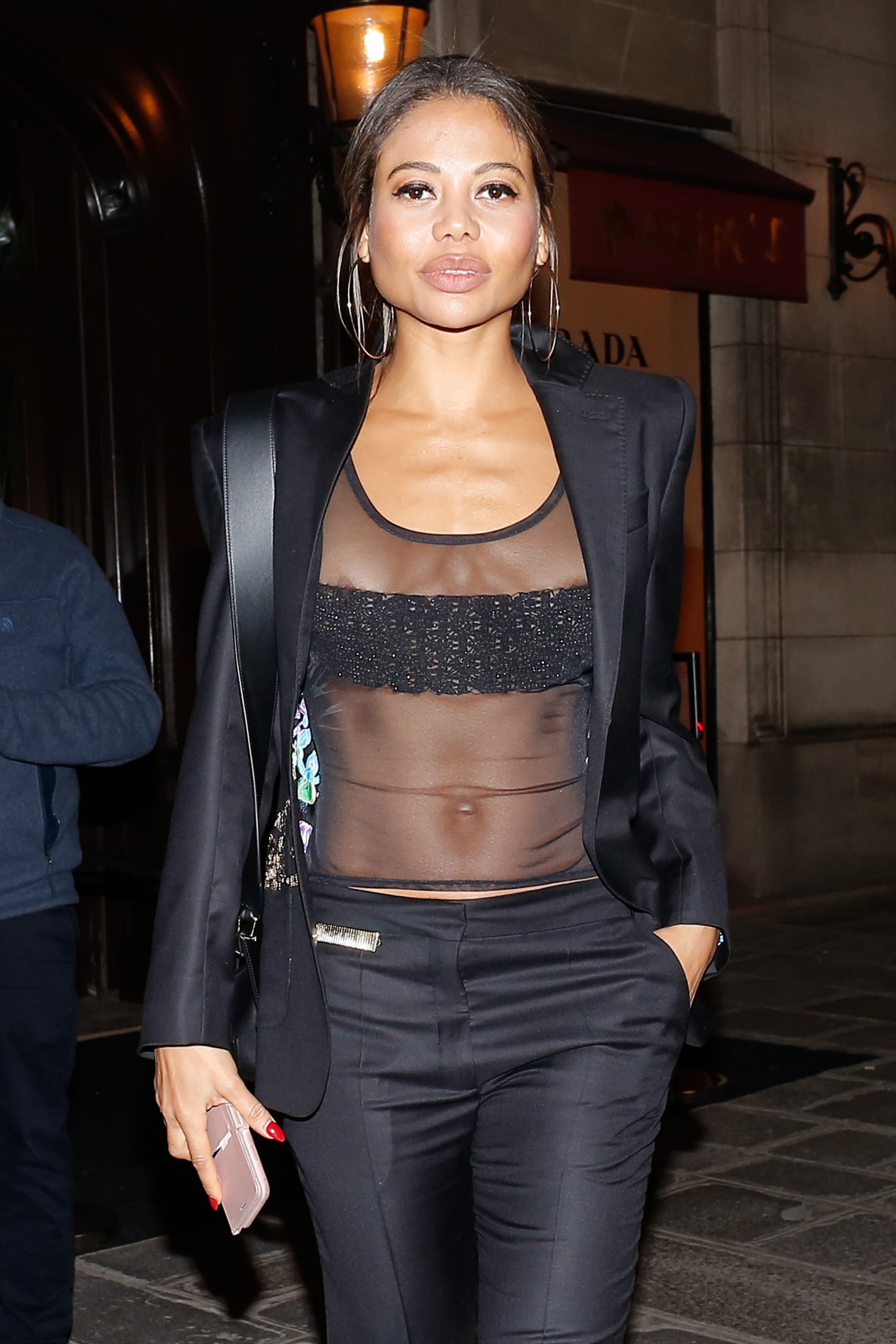 The trio video-called Slovenian dancer Aljaz during the trip and posted a screen-grab of his face to Emma’s Instagram.

WHY? Cooks must come up with bonkers dishes to impress Heston Blumenthal and two other food gods. The show sees them forage for food on the edible set.

Sophie on even Keeler

CHRISTINE Keeler actress Sophie Cookson said she wanted to redeem the model and showgirl after she was vilified for sleeping with Sixties politician John Profumo.

The Trial Of Christine Keeler recounts the infamous story of the Profumo Affair, which led to the Secretary of State for War losing his job over fears that Keeler was also sleeping Russian spies at the same time.

Speaking about the six-part BBC1 drama, Sophie said: “I wanted to put her behaviour into context, in light of the abusive relationship she had with her mother and stepfather, her abusive relationship with Lucky Gordon, who stalked her and kept her in a room with an axe by the bed.

“I really wanted to redeem her character.”

KERRY Katona has said sorry to Charlotte Crosby for calling her a “cross-eyed fish”.

She bashed the ex-Geordie Shore star for having too much cosmetic surgery, leaving her looking as though she “got stuck between two lift doors”.

ANY hopes of another appointment with Doctor Foster have been dented by Bertie Carvel.

The actor seems doubtful there will be a third series of the thriller because he reckons the BBC cannot afford to reunite him with co-stars Suranne Jones and Jodie Comer. 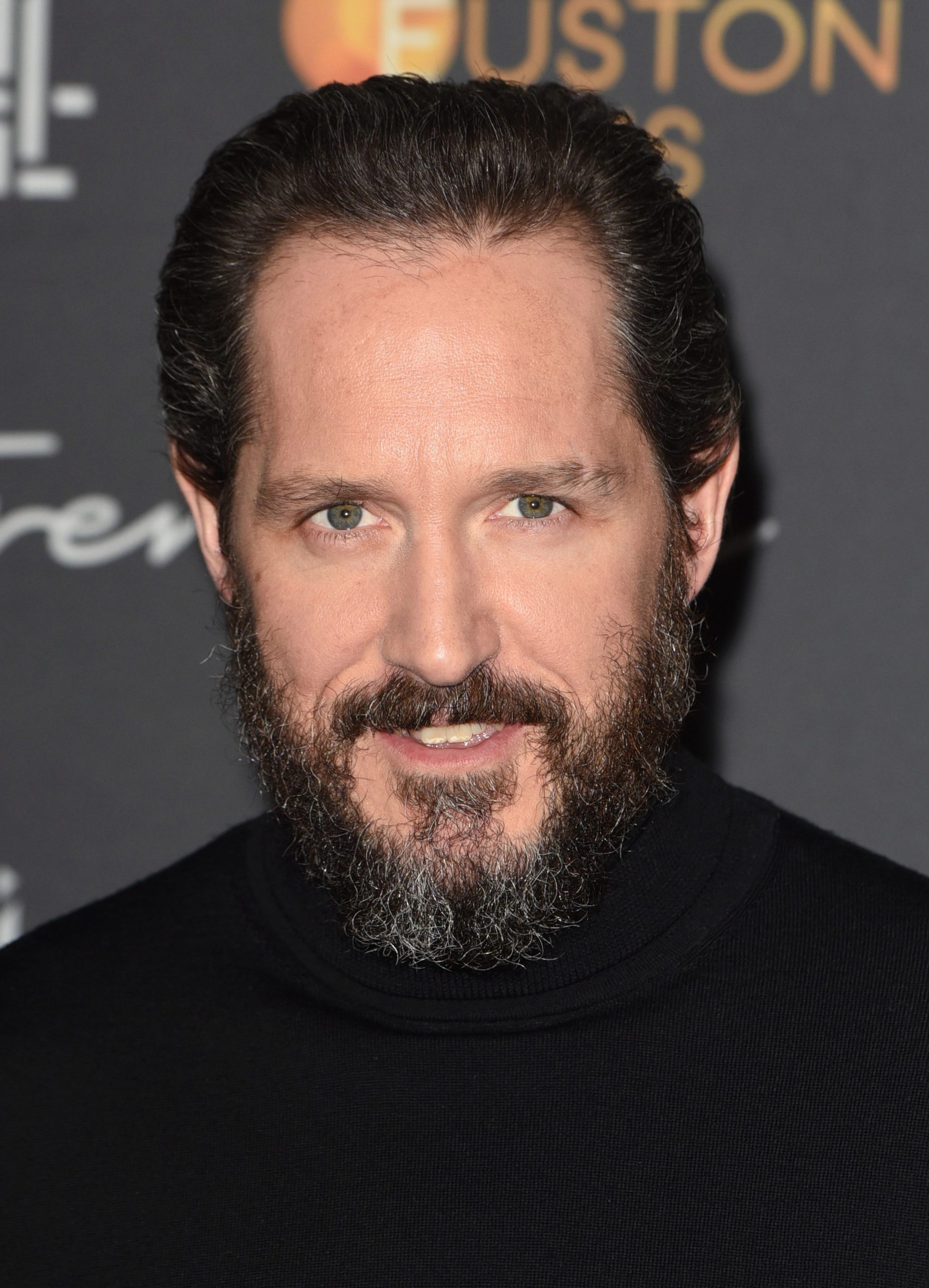 The actresses have both seen their careers soar after the second season of Doctor Foster three years ago, in which Bertie played cheating husband Simon Foster.

He said: “It will be difficult to get the band back together. That’s the challenge with British TV, there aren’t the budgets to keep people in golden hand-cuffs with such huge options.

“It was a blessing we were able to do the second and I wasn’t too busy at that stage. The further we go in time, everybody’s career is doing very nicely.

"You have to make a big investment in something in order to make it an endlessly returnable series.”

He said: “I can’t say much without giving the plot away. But I enjoy that stuff and I carry the scars.”

AFTER making his fortune on panel shows, Jimmy Carr fancies giving something else a go.

The comedian is desperate to sign up to Strictly Come Dancing, according to sports presenter Mike Bushell, who competed in the show last year. The BBC host said: “When I went on Channel 4’s Big Fat Quiz of the Year, Jimmy was asking me all about it.

“He sounded really tempted. He told me he hasn’t been offered yet, but seems very up for it.”

Ted's in the dark

FOOTBALLING legend Teddy Sheringham says secrecy is so tight at The Masked Singer he has no idea who his competitors are.

The former striker, who was unmasked as Tree on the ITV show on Saturday, assumed the celebs would have a “bit of fun and take the p**s out of each other” in the green room after performing. 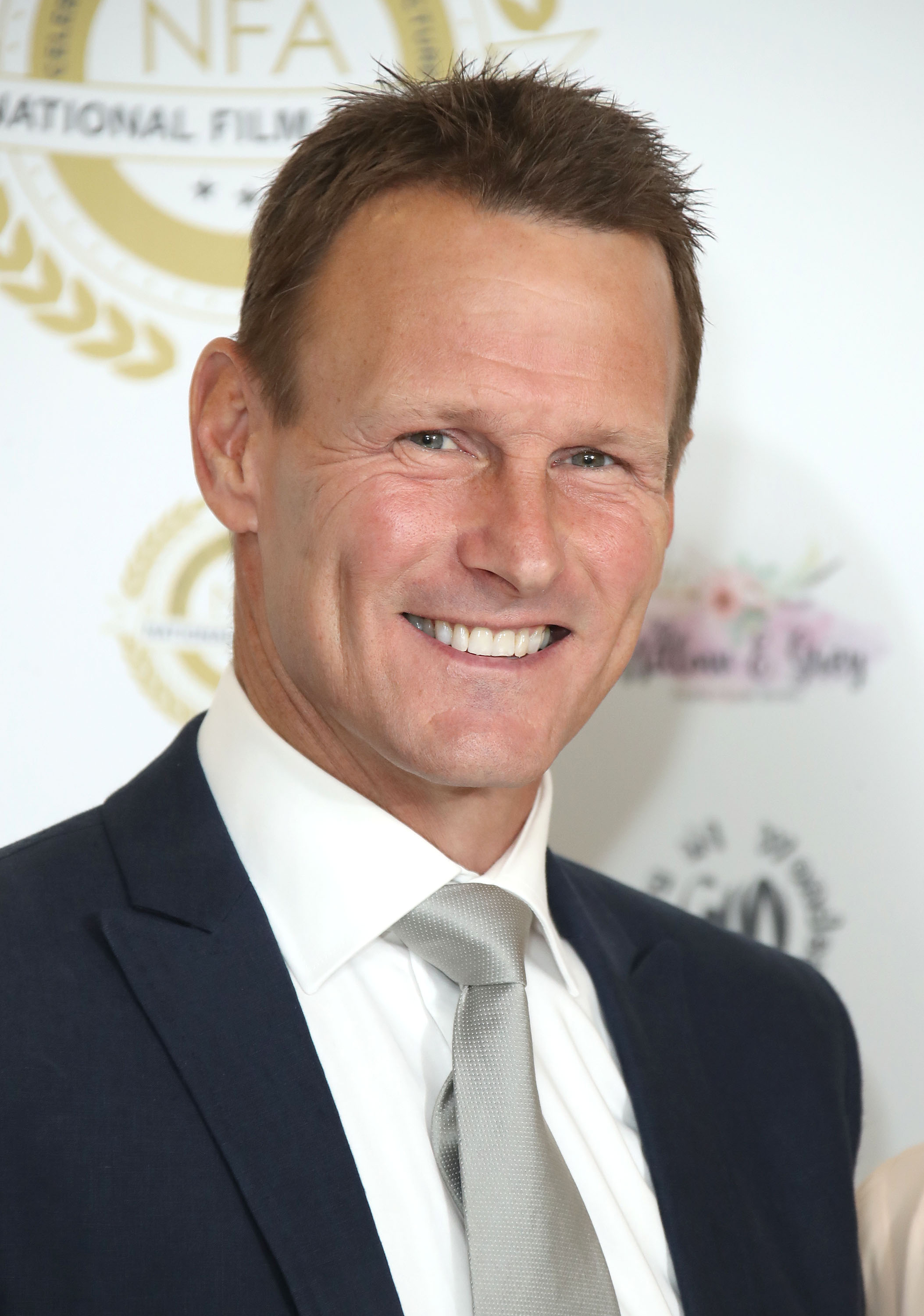 But he said: “It was very high security, top-secret stuff. You turn up in a balaclava and motorcycle helmet, do your performance, and leave.

“I saw one or two other contestants walk across the car park – how they walk, size and shape, but that’s it.”

He added: “I heard one girl singing in the dressing room next to me one time. It sound­ed like Kylie Minogue, but it could easily have been Louise Redknapp too.”

TOP Gear returns this Sunday on BBC2 – and the lads are in such top form the producer can’t pick a favourite moment. 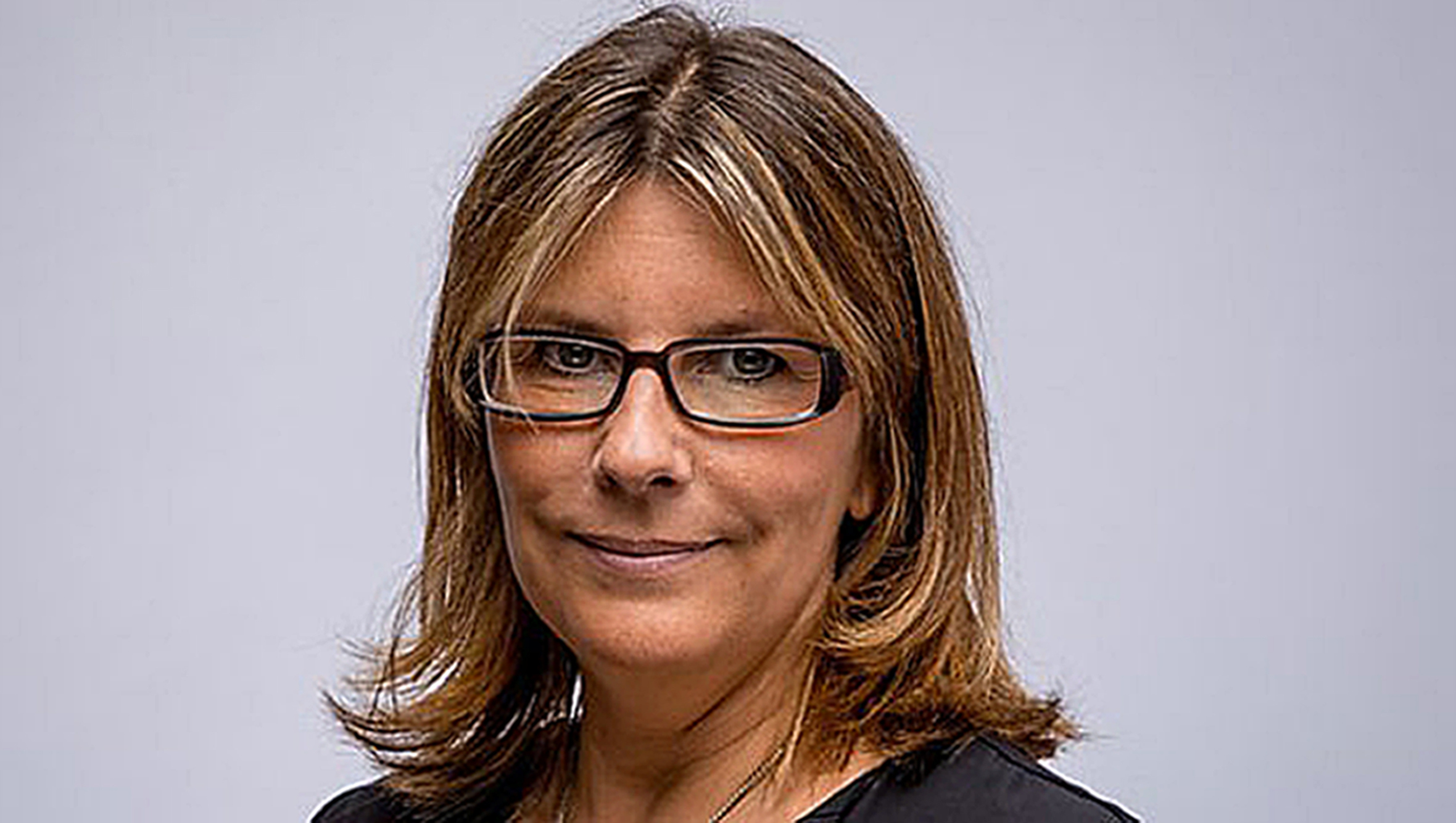 She said: “For sheer ambition plus admiration for Fred, I’d say Car Bungee.

"For absolute joy, watching Chris driving in a T-Rex costume being peppered with golf balls.

“For pure comedy, Paddy’s choice of car in Peru and what happens to it will stay with me for ever.”