JACQUELINE Jossa and Dan Osborne hosted an outdoor cinema night in their back garden last night.

The couple pulled out all the stops to watch The Incredibles on a blow up screen in the comfort of their own home with daughters Ella, five, and Mia as they continued the two-year-old's birthday celebrations. 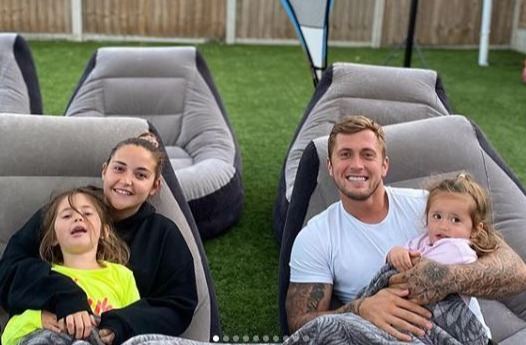 Taking to Instagram to document the fun-filled evening, the former Towie star gave fans a glimpse of their set-up, which also included eight comfy inflatable chairs, projector and gazebo to keep them dry.

The pair appeared to invite several family and friends over to join in on the garden festivities.

Discussing their plan for the outdoor cinema, the 29-year-old could be heard saying: "Here we are, this is our set-up for the night, FIFA tournament" while his pals were spotted in the background.

However, the Celebrity Big Brother star's plan soon changed once it got dark and flicked the entertainment to the 2004 animated movie. 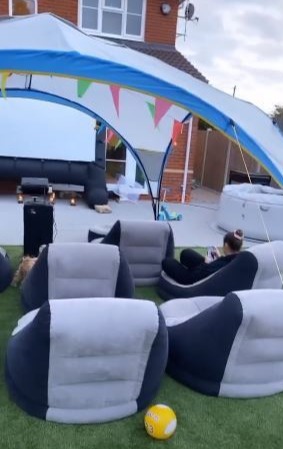 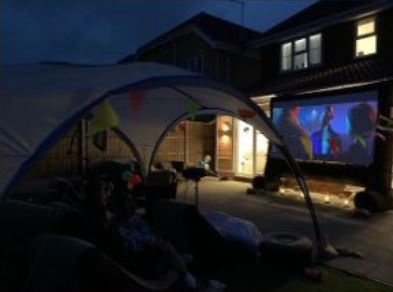 In several clips, Dan shared clips of his daughters cuddled up on the inflatable seats with blankets as they were taken with the film.

Over the weekend, Dan and his youngest daughter celebrated their birthdays.

Dan, who turned 29, thanked his 1.1million followers for their birthday wishes in an adorable post which saw him holding Mia in front of a huge balloon arrangement. 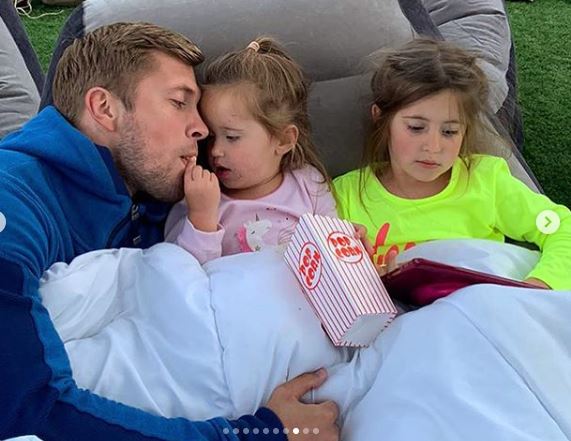 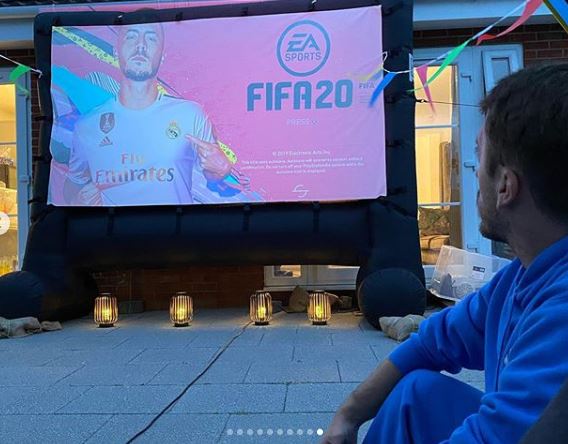 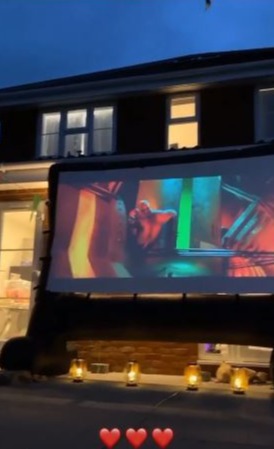 He penned: "Our birthday weekend 🎉❤️ Thank you to absolutely everyone that wished me and my beautiful Mia a happy birthday.

"Thank you to everyone that made our weekend so special. Love you all guys".

The I'm A Celebrity winner, 27, paid tribute to her former Towie star hubby with a series of pictures with her and their kids. 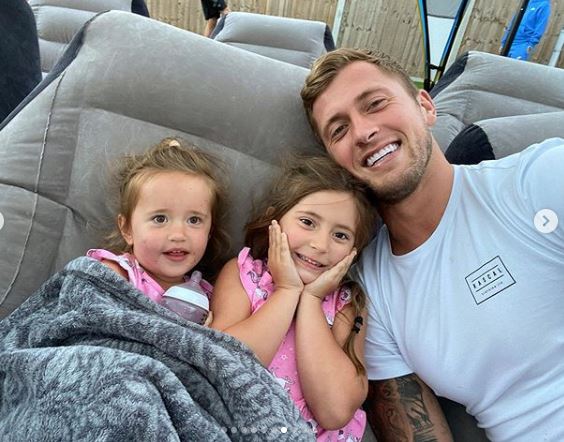 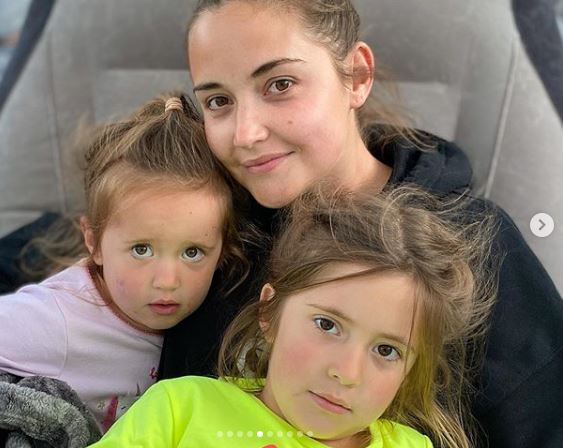 The next two show Dan and Jac snuggling up as they soak up the sun in the garden.

There's also a snap of Jac, the two kids, and Dan's eldest son from another relationship, Teddy, six.

One of the cheeky pictures shows the birthday boy with some red lipstick on too. 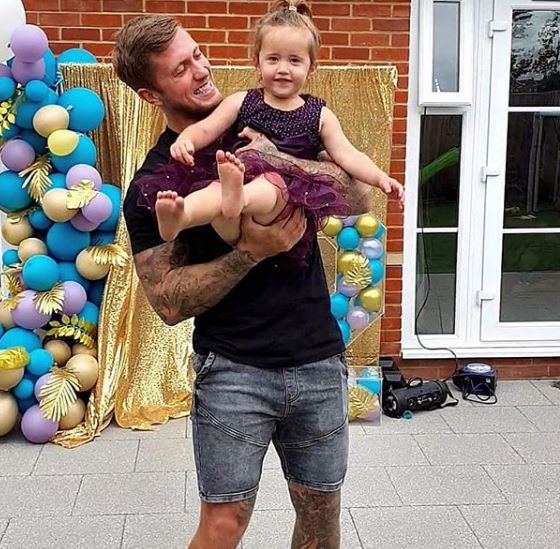 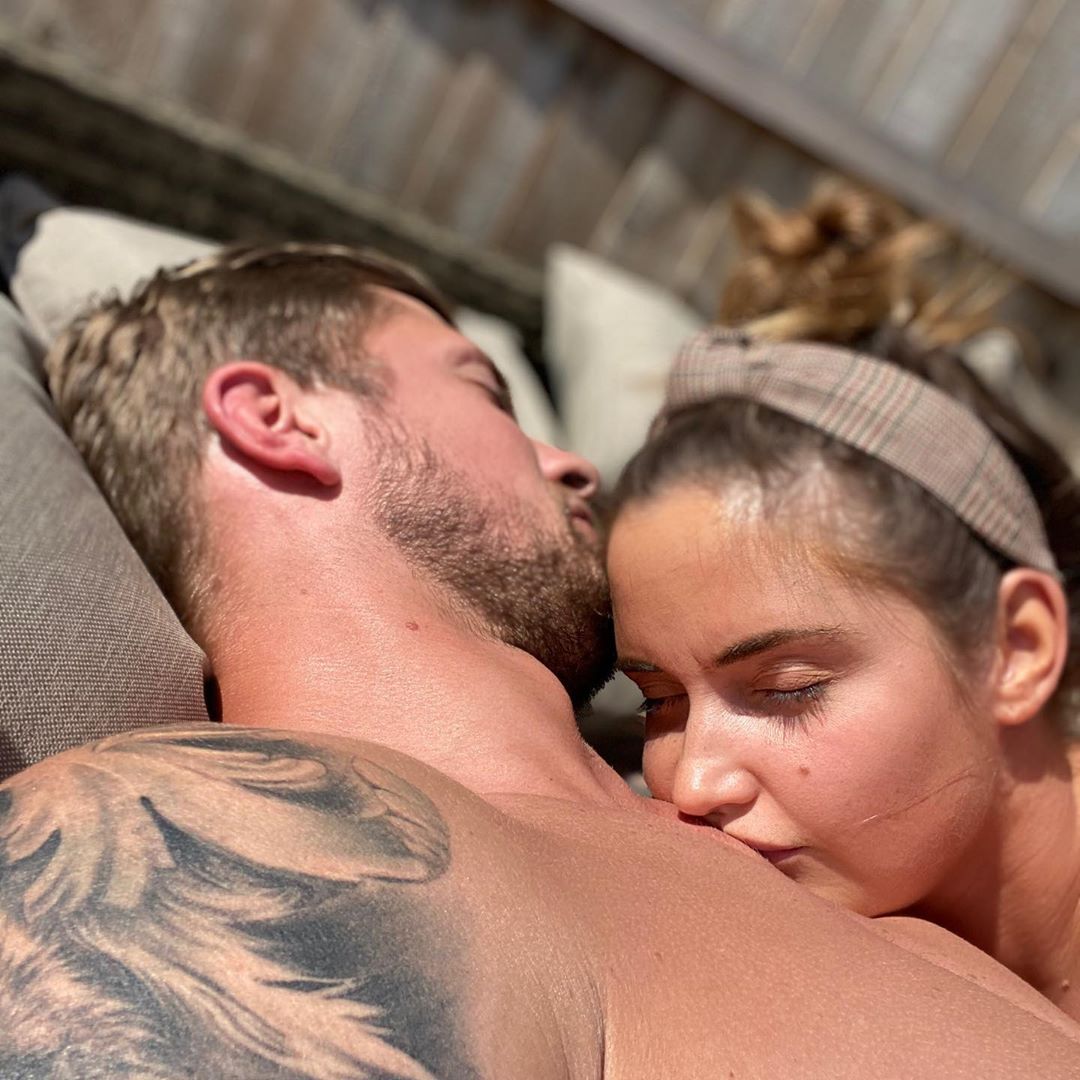 Jacqueline captioned the image: "Happy birthday mr @danosborneofficial
29🙌🏼🥳 Swipe to find mr in a lovely shade of red lipstick 💁‍♀️👌 We love you daddy! Let’s have a great day."

To top off the celebrations, Dan was gifted a Lego cake – to commemorate his love of the building blocks.

Their latest family celebration comes amid a challenging few weeks for the couple.

Last month the I’m A Celebrity winner quit the £1million home she shared with Dan and their two children after clashing during lockdown and admitted she was struggling and needed breathing space.

However, a few days later Jac revealed she has moved back home "part-time" with Dan Osborne after spending a couple of days apart.

The mum of two appears to be giving things another go with her husband after their split, but admits they've still got "stuff going on".

She told fans when she had moved back in the marital home, she explained the house is a tip after she moved out due to her marriage troubles.